Notts County assistant manager Richard Thomas was encouraged by what he saw from the team in their first pre-season outing.

Notts ran out 6-0 winners against a Rolls Royce Leisure Select XI and Thomas was impressed with the way the team translated what they've been working on in training into a match situation.

He said: "It's a good start by the boys. They showed a lot of what we've been looking for in the first 10 days of training.

"The most important thing is the minutes in their legs. Everyone came through - no injuries - so it was a positive first game." 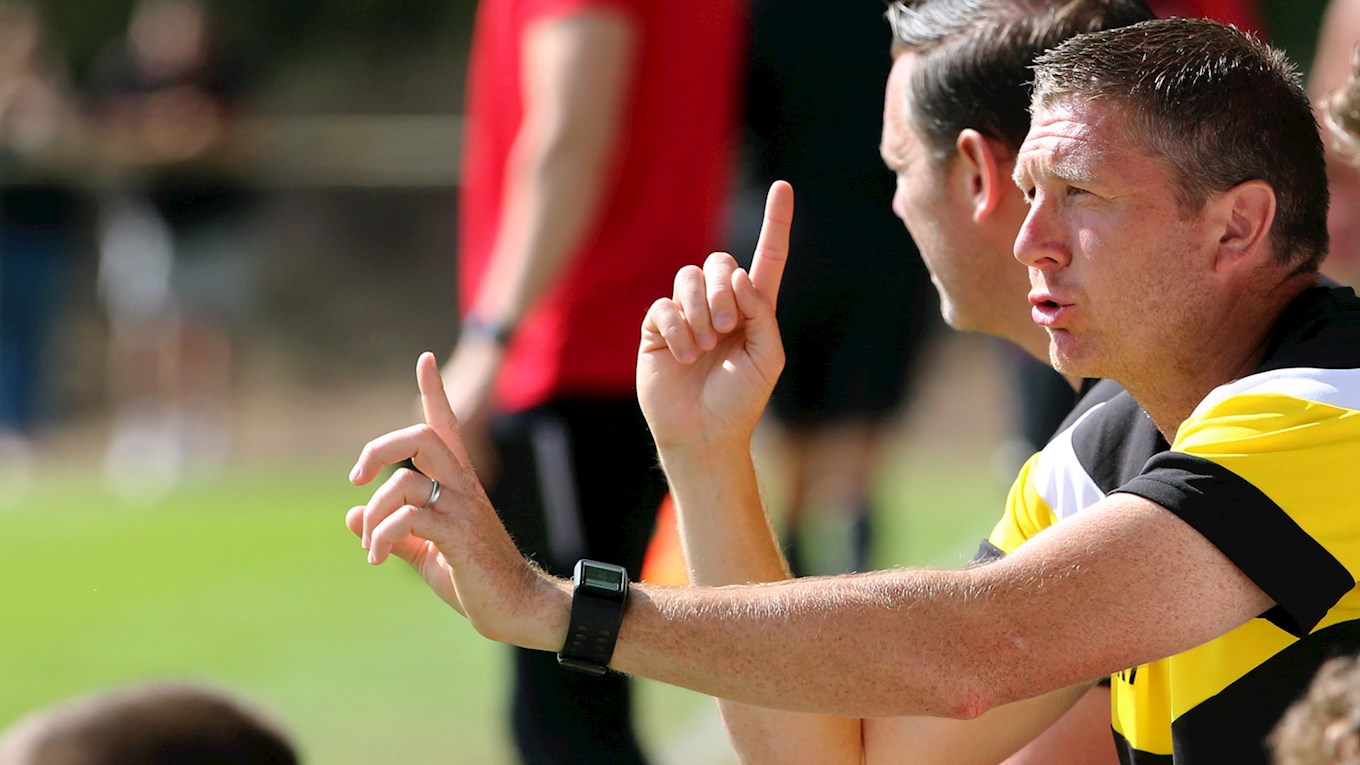 Thomas provides some instructions from the touchline during Saturday's win

Manager Kevin Nolan fielded a number of trialists in the match and Thomas says each one justified their invitation to prove their worth to the Magpies.

He said: "I thought they did well, considering some of them have only been working with us for a few days.

"Each and every one of them showed why we've got them in. Some stood out slightly more than others - maybe because of the way we played, or the situation.

"But they were productive in what they did and showed they have been listening to what we're trying to work on."