Ahead of this evening's home kit launch, Notts County are delighted to announce their new back-of-home shirt sponsors.

Premier, who specialise in electrical work and facilities maintenance, will see their bespoke gold logo feature on all the club's first-team and replica home shirts during the 2017-18 campaign.

The news comes shortly after Premier Electrical and Premier Facilities Maintenance were revealed as monthly front-of-shirt sponsors for September and April.

And, upon the completion of this latest deal, Notts commercial manager Simon Fotheringham paid tribute to Premier for their amazing support.

He said: "Martyn Kelk (Premier Electrical) and Mike Wagstaff (Premier Facilities Maintenance) are both lifelong Notts fans who I have had the pleasure of knowing for some time now.

"On behalf of the club I would like to say a huge thank you to them both. Their backing has been amazing. We're now all looking forward to seeing how their logo looks when the shirts go on sale later!" 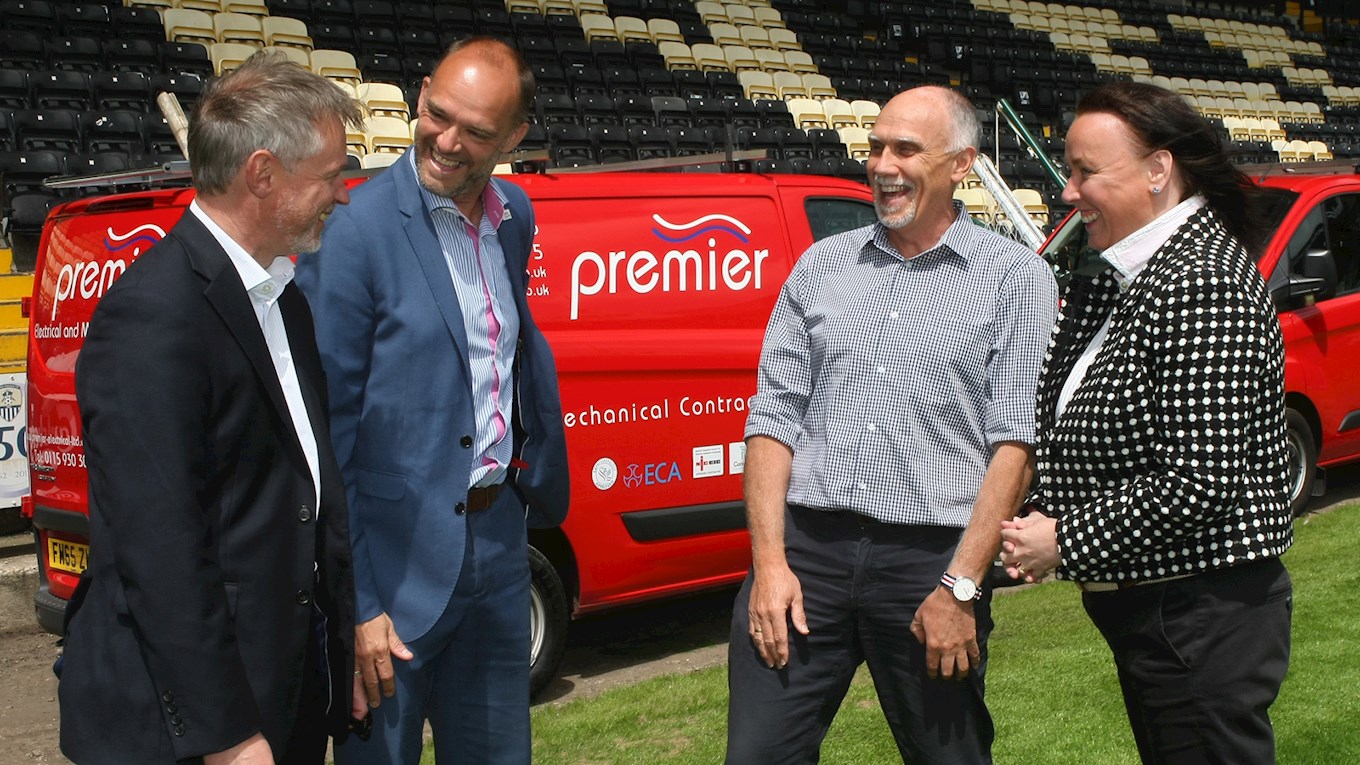 Season ticket holders who are heading to the club shop this evening will have the opportunity to have one of 10 sponsors' logos applied to their brand-new home shirt.

And, as a further gesture of support to the club, for each Premier Electrical/Premier Facilities Maintenance logo applied, a £5 donation will be made.

Martyn said: "We are immensely proud to not only be featuring on the back of Notts' home shirts, but also on the front for two separate months of the upcoming campaign.

"Like any supporter, we want to see the club producing players for the first team. To help with that, we'll be giving £5 to the academy every time a supporter chooses to have the Premier Electrical logo printed on their shirt."

Mike added: "One of the primary reasons we have decided to get on board in this capacity is due to the brilliant work carried out by Alan Hardy since he took over the club in January. There is a tremendous energy about the place now.

"We would, however, not have a club to support if it wasn't for Lifeline being founded all those years ago. Therefore it only seems right that, for every Premier Facilities Maintenance logo applied, we'll give £5 to Lifeline."

Season ticket holders will be able to get their hands on the new home shirt from 6pm this evening. The shirts then go on general sale at 9am tomorrow (Wednesday).