Get the perfect Christmas present for the Notts County loved one in your life, personally signed by Notts chairman Alan Hardy and author Paul Mace.

One Flew Over The Magpies Nest is a 650-page, 250,000-word publication charting 50 years of anecdotes, banter and stories from the greatest players, managers, coaches and characters of the past 50 years at Meadow Lane.

And, for a limited period, when you order your copy for Christmas the book will be personally signed by Paul Mace and the Notts chairman Alan Hardy.

"I was a mere fan when I wrote the book and published it last Christmas," recalls Mace. "On the pitch we were having our worst-ever run of results and heading out of the Football League.

"But what a difference a year makes. Now I find myself on the board of directors of the club, my company having been on the front of the shirts, and watching the most successful team since the Munto era.

"As fans we should all be incredibly grateful to Alan, Kevin, the coaching staff and the players. It is a transformation the like of which I have seldom seen in following Notts for 50 years." 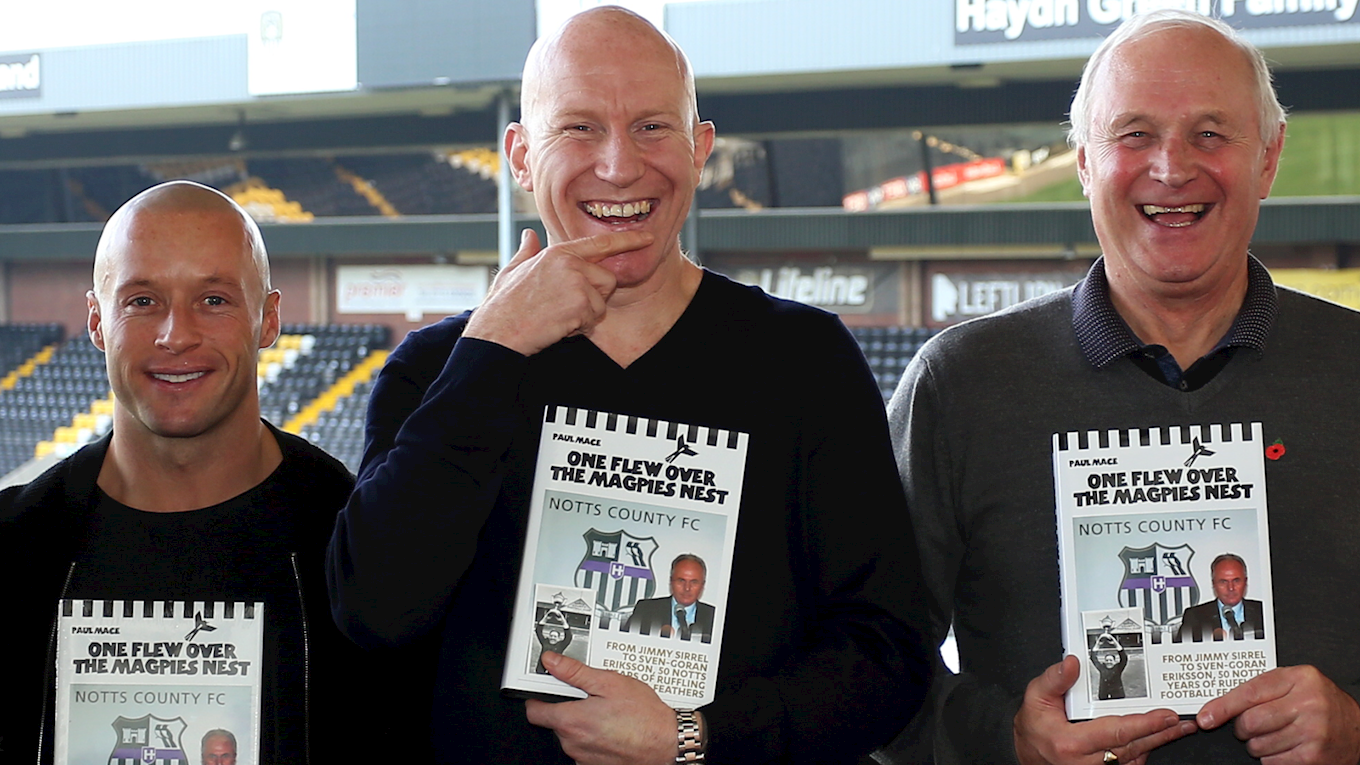 Mace's book has proved a best-seller for Notts fans over the past 12 months and he hopes a new legion of Magpies supporters will buy the publication this Christmas.

"I vividly recall inviting Don Masson down for a signing session in the club shop before the home game with Newport last year," he said. "There were queues outside the doors to meet a man I consider to be the greatest-ever player to pull on the black and white stripes.

"Now average crowds have doubled - with old fans returning and a generation of new fans too.

"Hopefully those who have not already purchased the book can be persuaded to buy it this Christmas. I promise they will not be disappointed."

Chairman Hardy is a big fan of the book.

"It brought back many memories of when I was growing up in Eastwood and first used to come down to Meadow Lane," he said. "It's a great read.

"I'd definitely say Macey is a far better author than he is a director of the club!"

"What a fantastic read, it's a must for every Notts County fan." - Don Masson

"Brilliant book. Captures what really went on behind the scenes at the club." - Lee Hughes

"Captures the spirit, heart and soul of the club. I couldn't put the book down." - Tommy Johnson

Click here to order online, or buy in person at the Meadow Lane club shop.