Kevin Nolan wants his side to build on last weekend's 1-1 draw at Luton when his side host Grimsby Town this weekend.

Notts host the Mariners on Saturday looking for their sixth home win in succession.

And, should the Magpies navigate their next two home fixtures without defeat, it would mean they have lost just one home league game in the calendar year 2017.

The manager's sole focus, however, is on picking up three points against Russell Slade's side.

"There is no point in going to Luton, getting a point and then putting in a shabby performance this weekend," he said.

"We have to follow it up and our standards have to stay as high as they were last Saturday. If they are, we will have a fantastic opportunity to get the three points.

"The home record we have is something I will look back on in my later years and have great pride in. It's been a fantastic year since I came in and I have been delighted with the response I have got from the boys and the work that has gone on both on and off the field.

"We have a massive 2018 coming up. We have to maintain things and not sit back and think 'We've got there.' We are always looking for extra little bits to help us better ourselves." 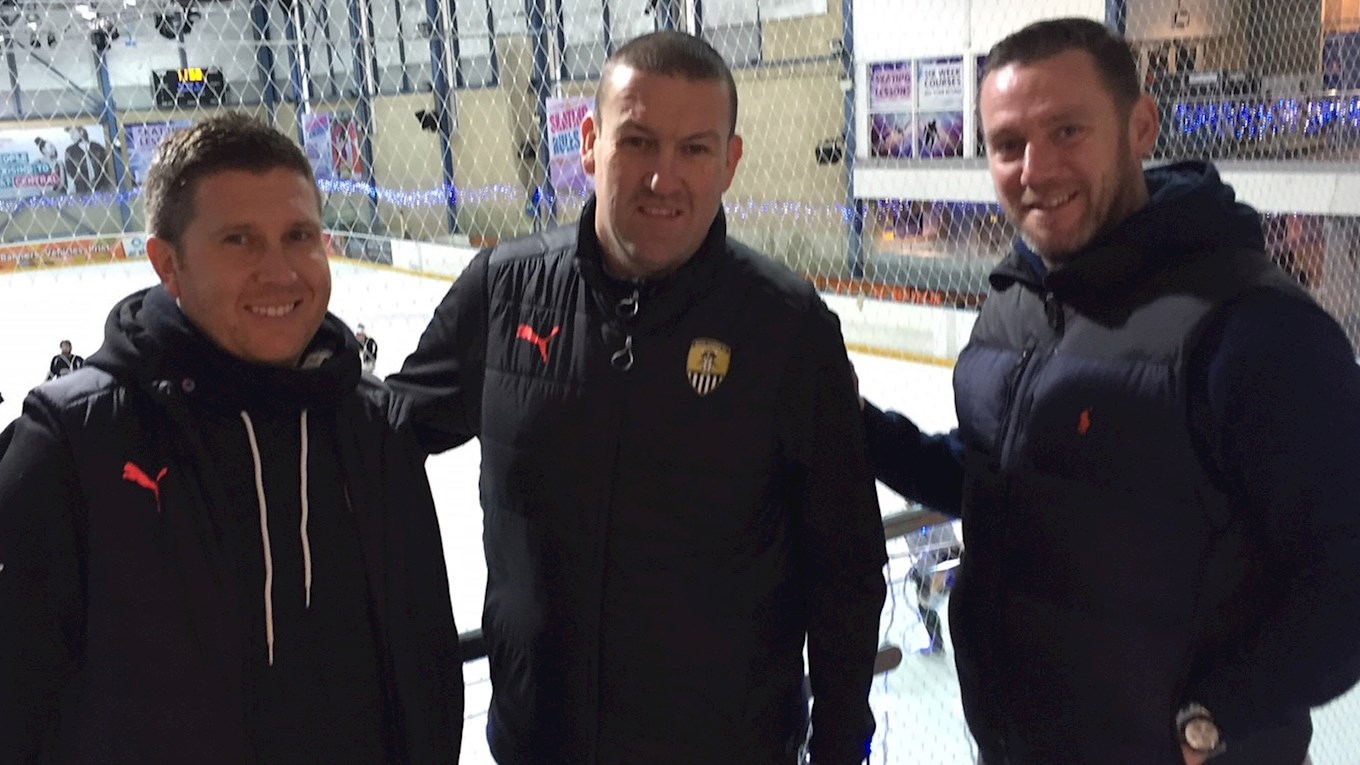 Part of that desire for constant improvement saw the manager and his coaching staff visit Nottingham Panthers earlier this week, where the Notts boss, Richard Thomas and Mark Crossley spent some time with head coach Corey Neilson.

"It was very interesting," said Nolan. I'd like to thank the Panthers for their hospitality and everything they showed us. It's always interesting to see how other people do things and seeing why and how they have got their success.

"We spoke to Corey, who was brilliant with the time he gave up. He's like a one-man band with the number of hours and amount of stuff he does. He has everything working like a well-oiled machine, which is testament to him.

"Hopefully we can reciprocate the visit in the future and they can come here to see what we do. It's good that all the teams around here can help each other and it's fantastic if you can take something away which can help you.

"I remember at Bolton a lot of the things we did while redeveloping the stadium and training ground were taken from basketball and the NFL.

"You can never turn your nose up at experience like that and if we get the chance to go and see how other people work it can be vital. There is a lot you can learn from other industries."