Kevin Nolan was delighted to see his side register a first win in four league outings as Notts County beat Morecambe 4-1 - but he says there's still room for improvement.

Two goals each from Jorge Grant and Lewis Alessandra secured the three points for the Magpies and, while the manager was left hugely satisfied at full-time, he believes there's still more to come from his men.

“It was a professional away performance,” he said. “I made a few changes because of the number of games we have coming up so for the lads to produce what they did this afternoon, I’m absolutely delighted.

“We handled Morecambe well and stamped our authority on the game. We scored some quality goals with some lovely movement, which we have worked on on the training field. It was nice to see that come off today.

“The front four were exceptional. Some of the movement, interchanging and quality of play was great but we can still get better.

“It was important to back up the three draws we have had lately with a performance like that going into two games in 48 hours later in the week.” 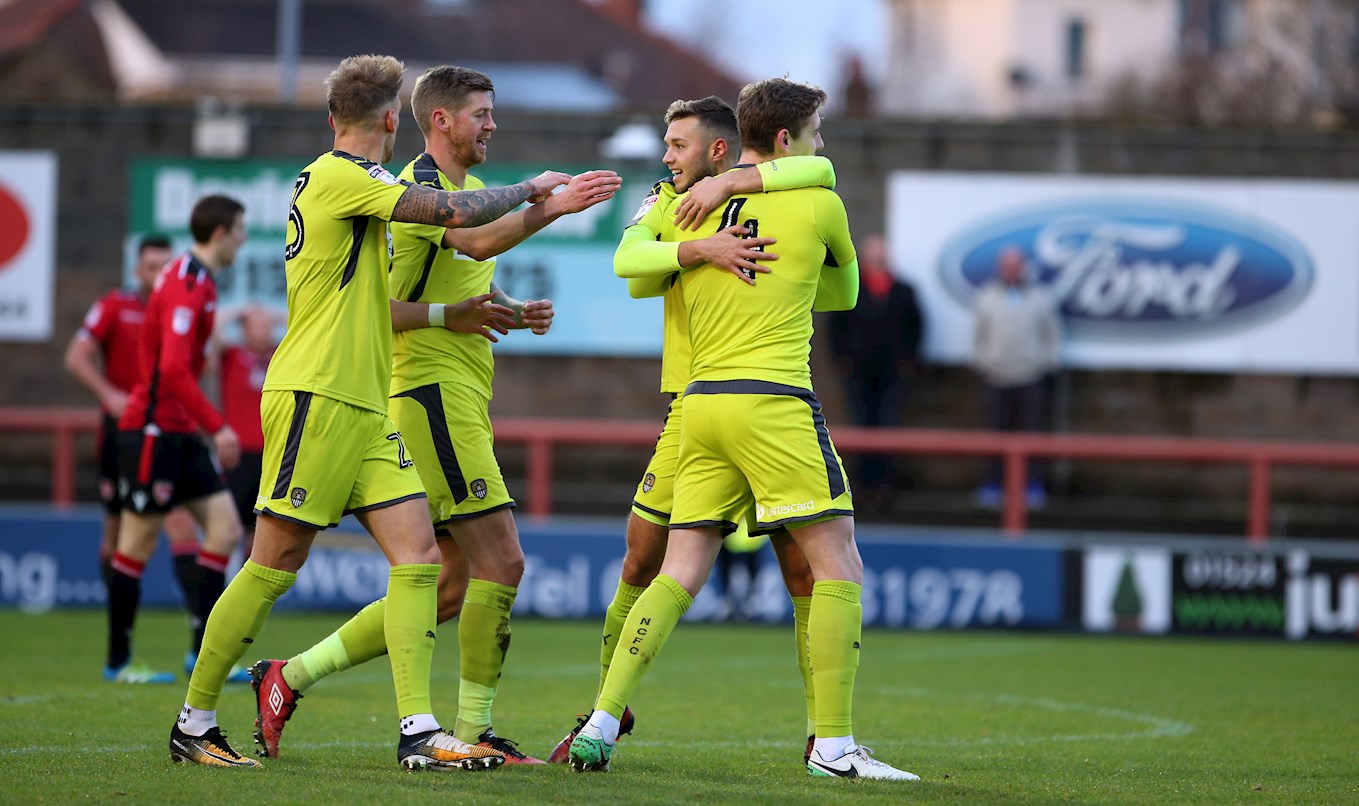 The manager also had praise for the attitude of those who dropped to the bench for the Boxing Day clash.

“When we were looking to build the squad in the summer, we wanted to make sure we had cover in every position because it is such a demanding and unforgiving league," said Nolan.

"What the lads are doing is pushing each other to the limit and getting better and better week in, week out.

“I’ve made four changes and some of those lads are sitting on the bench this afternoon, but they are delighted to see the team winning because they know they are part of a good squad and a good bunch of lads.

“I have been at places where the substitutes don’t want the team to be winning, so it’s another massive thing they have as a squad.”