Jorge Grant described his winning goal against Oxford City as 'one of the best feelings' he has ever had on a football pitch.

The midfielder struck deep into stoppage time to put Notts into the third round of the Emirates FA Cup for the first time in six seasons.

And he was delighted to play the role of match-winner yet again with his 14th goal of the campaign.

"I played the ball out wide to Terry Hawkridge and thought I had to get in the box to the back post," said Grant. "Luckily enough the goalkeeper parried the ball straight to me so I concentrated on not missing the target from two yards out!

"The way the game was going was frustrating for us but afterwards was just relief for all the hard work we have put in through the week and the 90 minutes.

"It's one of the best feelings I have had." 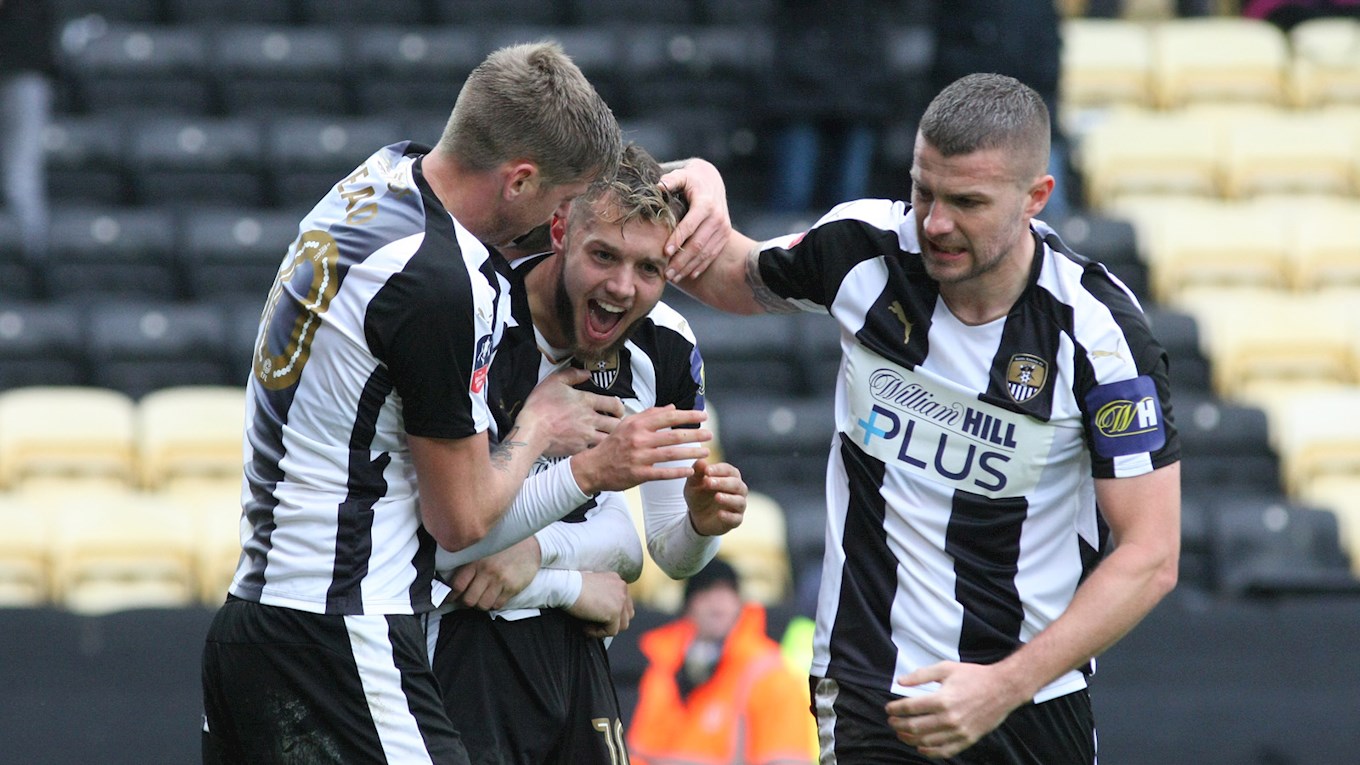 The visitors looked set to earn a replay beforeGrant's intervention, twice coming from behind to draw themselves level thanks to goals from Rob Sinclair and Matt Paterson.

And the 23-year-old Nottingham Forest loanee was full of praise for how the National League South outfit performed at Meadow Lane.

"Oxford City were very good," said Grant. "They were always going to come here and give it 100%. They shouldn't be as low as they are in their league; they played some good football and gave us a difficult test.

"The gaffer told us to relax at half-time. They got under our skin a little in the first half; we were slashing at things and doing things we wouldn't normally do, so we had to keep our composure."