Eversheds Sutherland is a global law firm with 62 offices in 31 countries and Mark, a senior office partner, is excited for the sponsorship to be underway.

"Eversheds Sutherland is a merger of law firms which have come together over the years but it all started in Nottingham with a firm called Wells and Hind merging with Eversheds from Birmingham," he explained. "Our roots are here in the city and, coming from Nottingham, I'm very proud we're involved.

"We are the firm's busiest office in the UK, which is great for us, and it's really exciting for us to be connected with a famous local football club. We like the historical aspect of the partnership."

Fletcher hopes the sponsorship will raise awareness of the company and what they do.

"We're never sure people know who we are," he said. "Commercial and business people often know, but others who will have seen the new office (close to Canal Street) and the logo might not necessarily know what we do. Now we are connected with the club, hopefully they will!

"We moved into our new offices a year ago and it's been amazing. We were based up by the castle for nearly 20 years but we wanted a new, vibrant and exciting place for our people.

"We have designed the building, which is quite iconic, and are very proud of it. People still have a buzz when they come in." 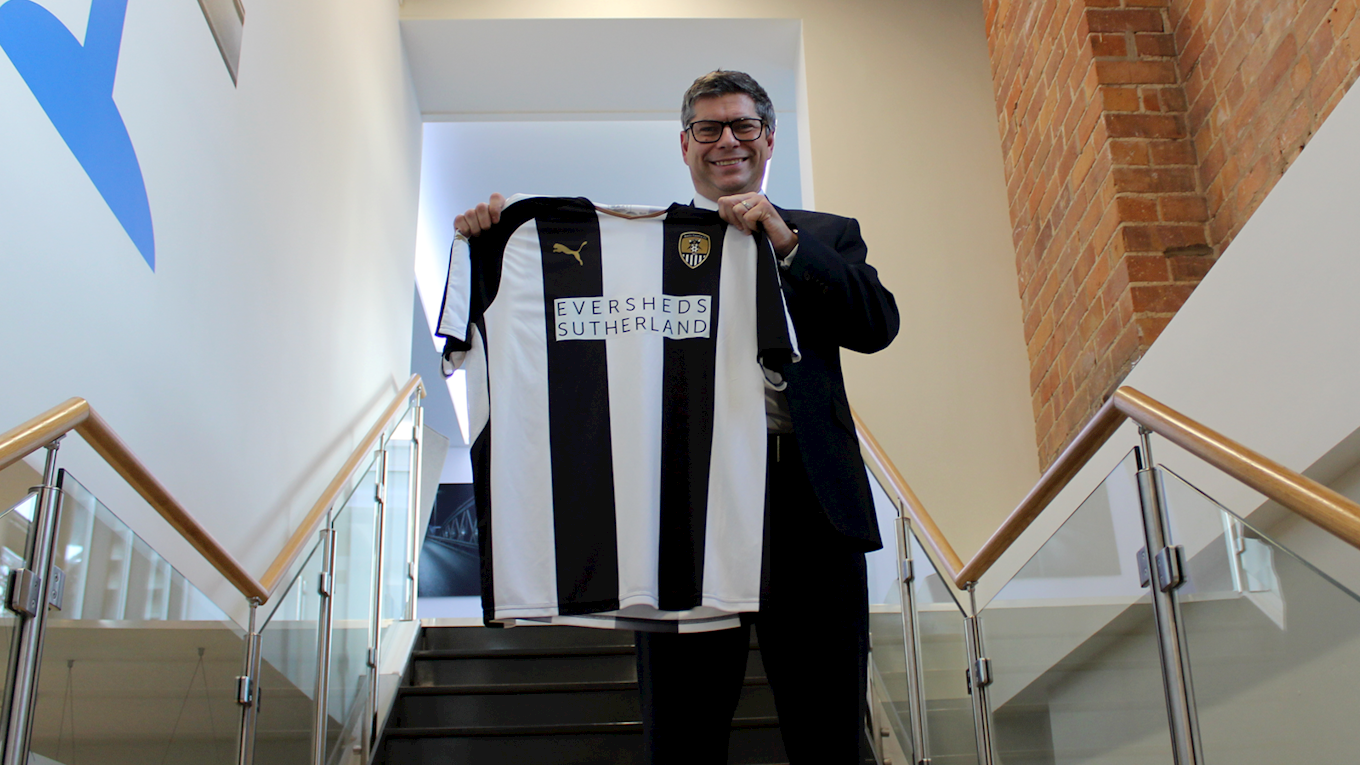 But just how does a multinational law firm end up as a sponsor on the front of a League Two football club's shirt?

"We started acting for Alan Hardy as lawyers in his businesses, including Notts County," Mark revealed. "We were involved when he took over the club, advising him on that.

"We don't tend to do local sponsorships because we are a global business, but when it involves a client like Alan and Notts County we are happy to get involved.

"It's an opportunity to get closer to the club and build that partnership, which is what we want to do after spending some time there recently. There's a real buzz around the place."

It will be a proud moment for Mark when the Notts players walk out of the tunnel with the Eversheds Sutherland logo across their chests this afternoon against Port Vale, and a chance for the company to spread the word about their work.

"The logo is exciting for us because we rebranded in February 2017 with a US firm called Sutherlands, giving us our name, so we are keen for people to become aware of that combination.

"It will be fantastic to see the logo in a sports setting because I'm a big football fan and we have a number of Notts County supporters in our office. They are excited about what's happening at the club at the minute.

"Everything seems to have changed since Alan came in and they have a great young manager. It's exciting, especially when you consider where the club was this time 12 months ago. 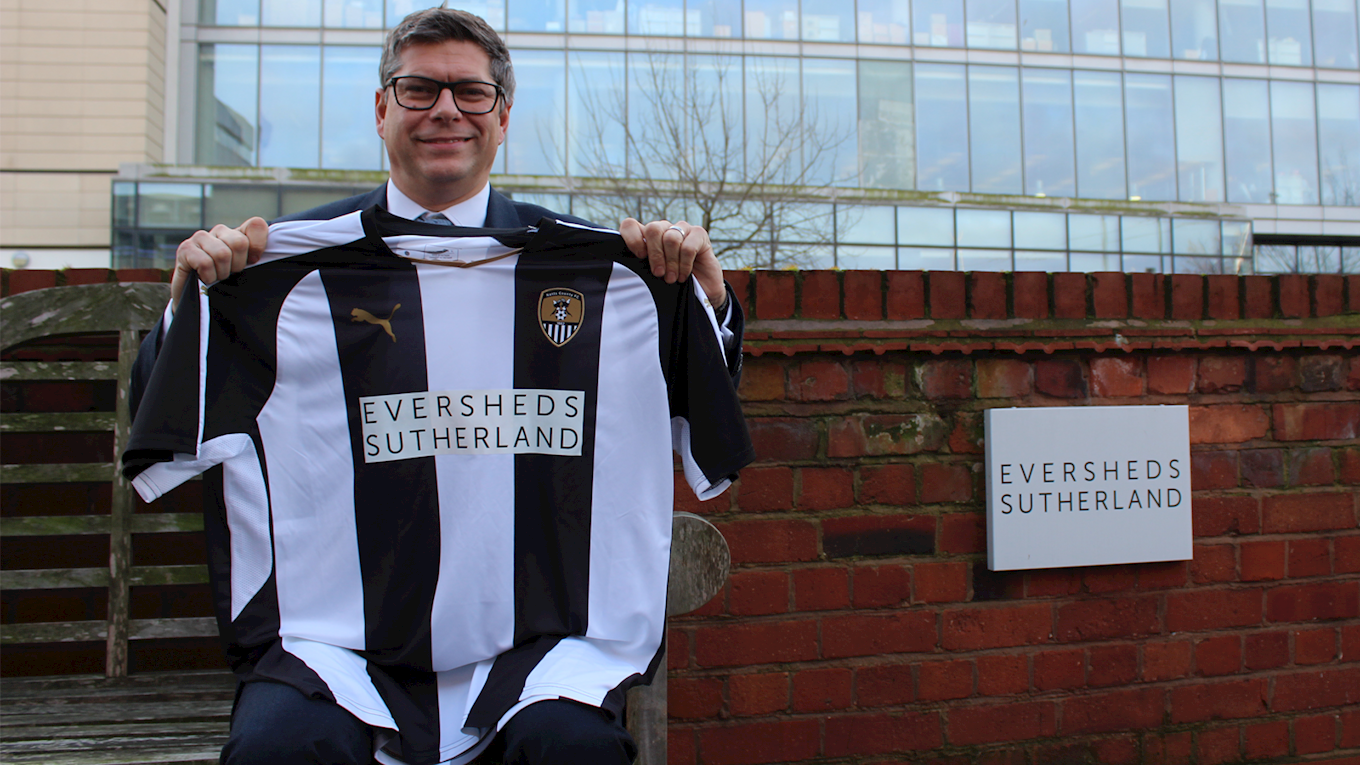