Kevin Nolan has urged his team to maintain their high standards when they welcome Accrington Stanley to Meadow Lane this weekend.

The Magpies can go top of the embryonic League Two table with a win over the Lancashire side on Friday night (7.45pm) and the manager is very aware of the threats posed by John Coleman's swashbuckling outfit.

"I love football under the lights," he said. "It's always a fantastic occasion but it won't be easy against Accrington - it never is.

"They always pose a threat and have some really good players. Billy Kee has done it for years at this level and they have added well over the summer.

"Kayden Jackson has four goals in his first five games and will be a major threat for them.

"We had three deserved results last week which give us great confidence going into the game but we know if we don't match them for effort, enthusiasm and quality we will be in for a tough night." 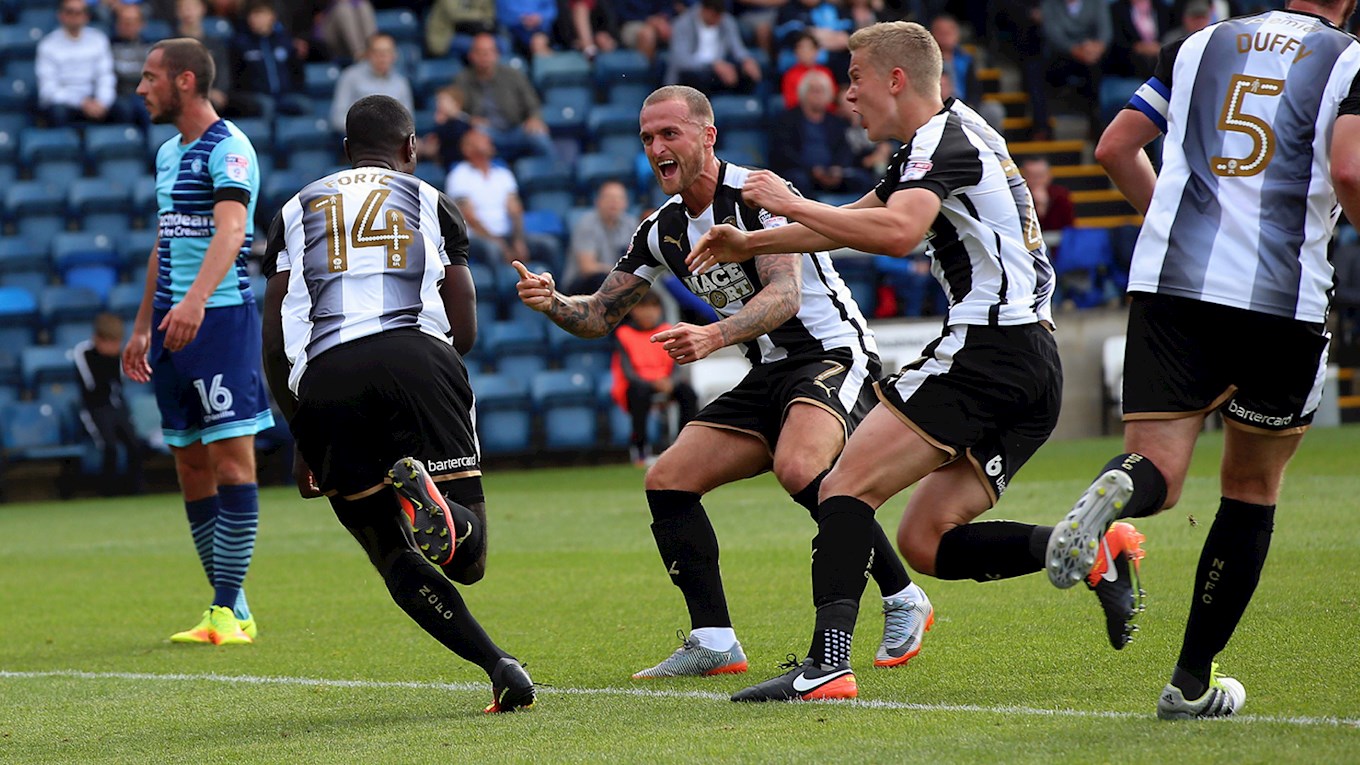 Given Notts' recent form it would be easy to assume Nolan's team picks itself for the Accrington game, but the 35-year-old insists that is far from the case.

Indeed, no team have scored more goals through substitutes than Notts, who have seen Jorge Grant come on to bag a match-winning brace against Chesterfield before Jonathan Forte and Lewis Alessandra both scored after being sent on by Nolan in the 4-2 victory at Wycombe last Saturday.

It leaves the manager with a welcome selection headache ahead of the Reds' visit to Meadow Lane.

"We've had a lot of impact from people coming off the bench," Nolan said.

"But even the substitutes are being pushed for their place on the bench by players who are not even making the matchday squad. There are still people knocking on my door asking why they aren't playing.

"I feel there's still a lot more to come from the players. We were excellent for 45 minutes at Wycombe and could have gone into half-time with a bigger lead than 2-0 if things had gone our way.

"We allowed them back into the game and went away from what we did well which we have got to grips with this week.

"Hopefully we can produce a complete performance for 90 minutes."