Notts County host Chesterfield in their first home game of the 2017-18 Sky Bet League Two season looking to get their first points on the board.

The opening day did not go to plan with a 3-0 defeat at Coventry City but there were better signs in midweek as the Magpies took last season's beaten League One play-off semi-finalists Scunthorpe United to a penalty shootout following a thrilling 3-3 draw at Glanford Park.

Now back on home soil competitively for the first time since the end of April, manager Kevin Nolan will be determined to see a return to 'fortress Meadow Lane' and continue his impressive record of losing only once at home since his arrival in January. 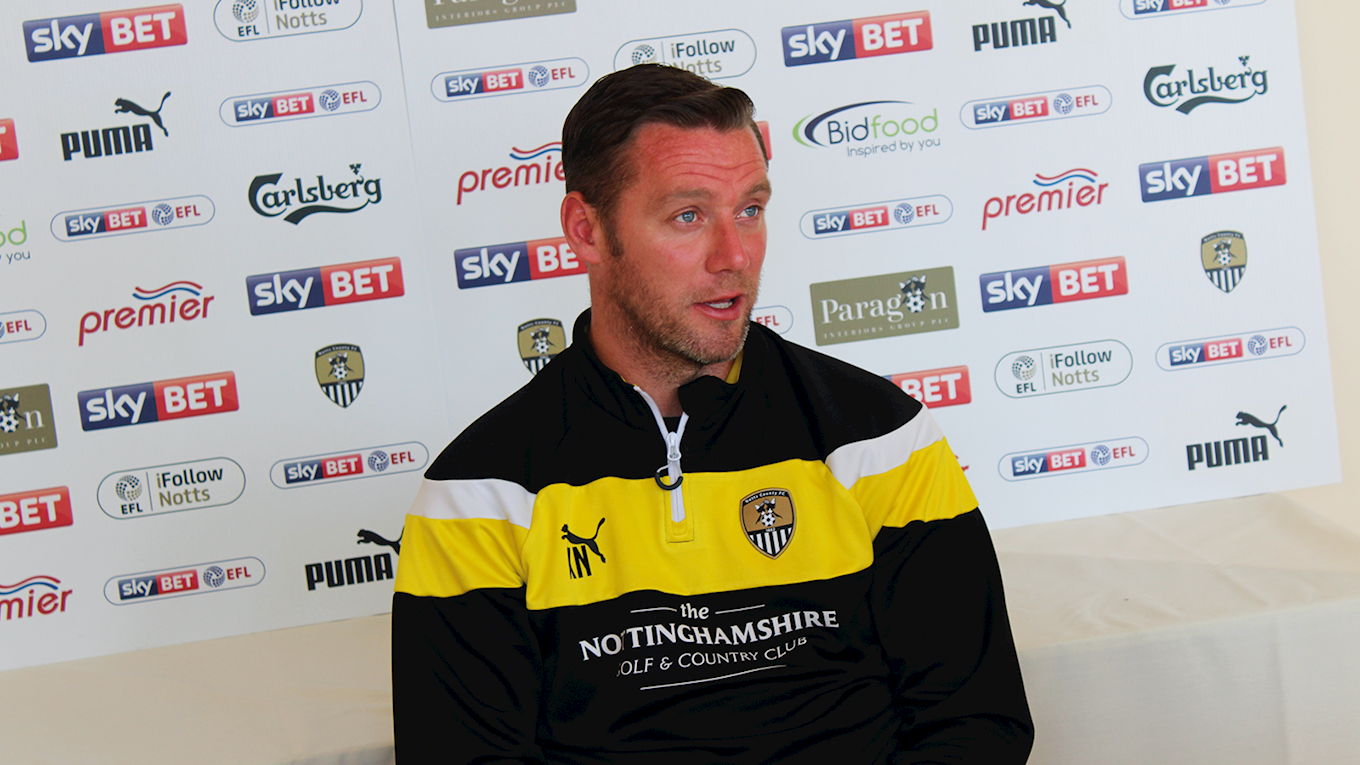 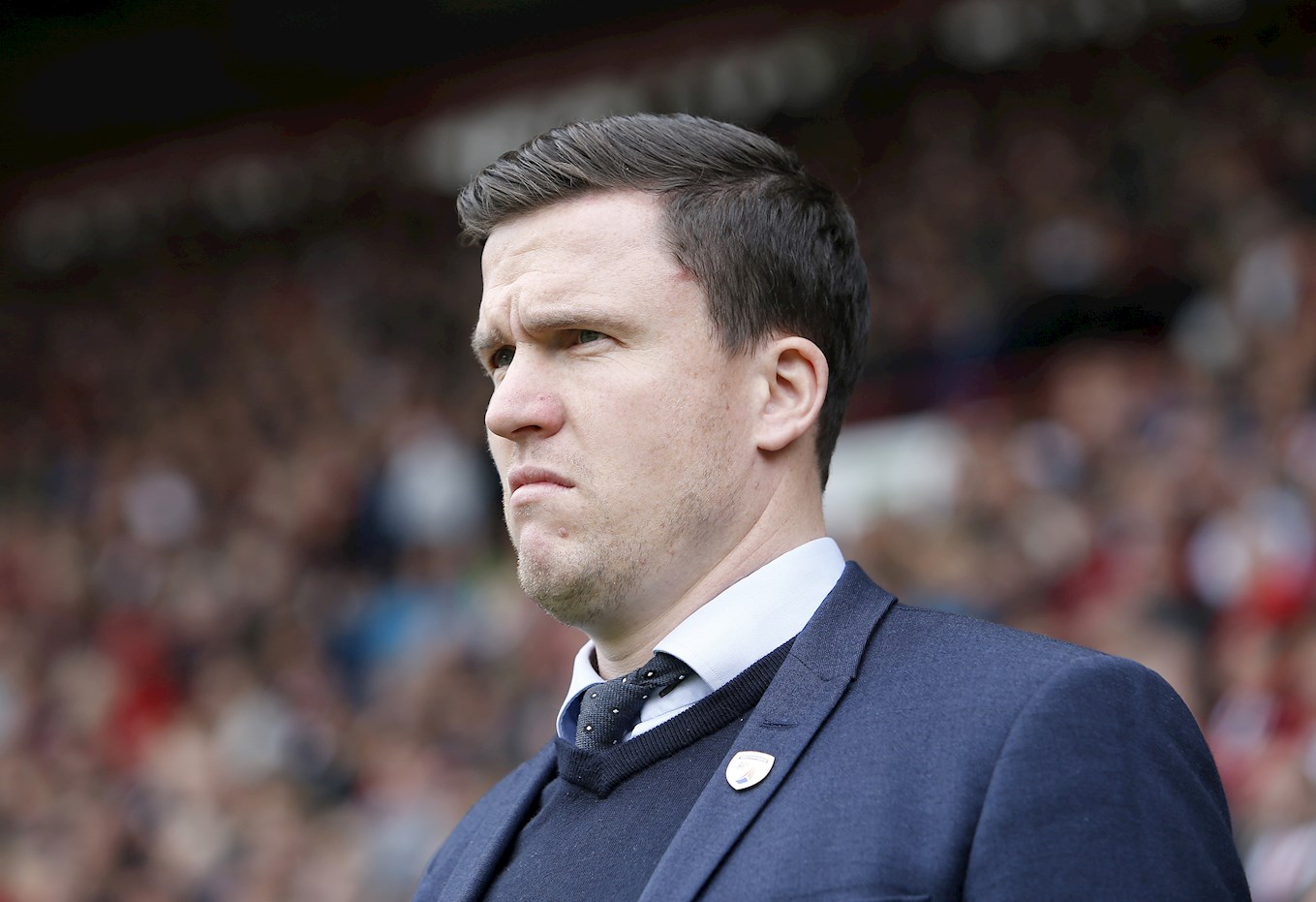 “Notts are a physical team and it’s going to be a difficult game.

“They gave a spirited performance in midweek and were unlucky not to win at Scunthorpe, which is a difficult place to go, so they'll be buoyed by that.

“With it being their first home game of the season they’ll have a big backing.” 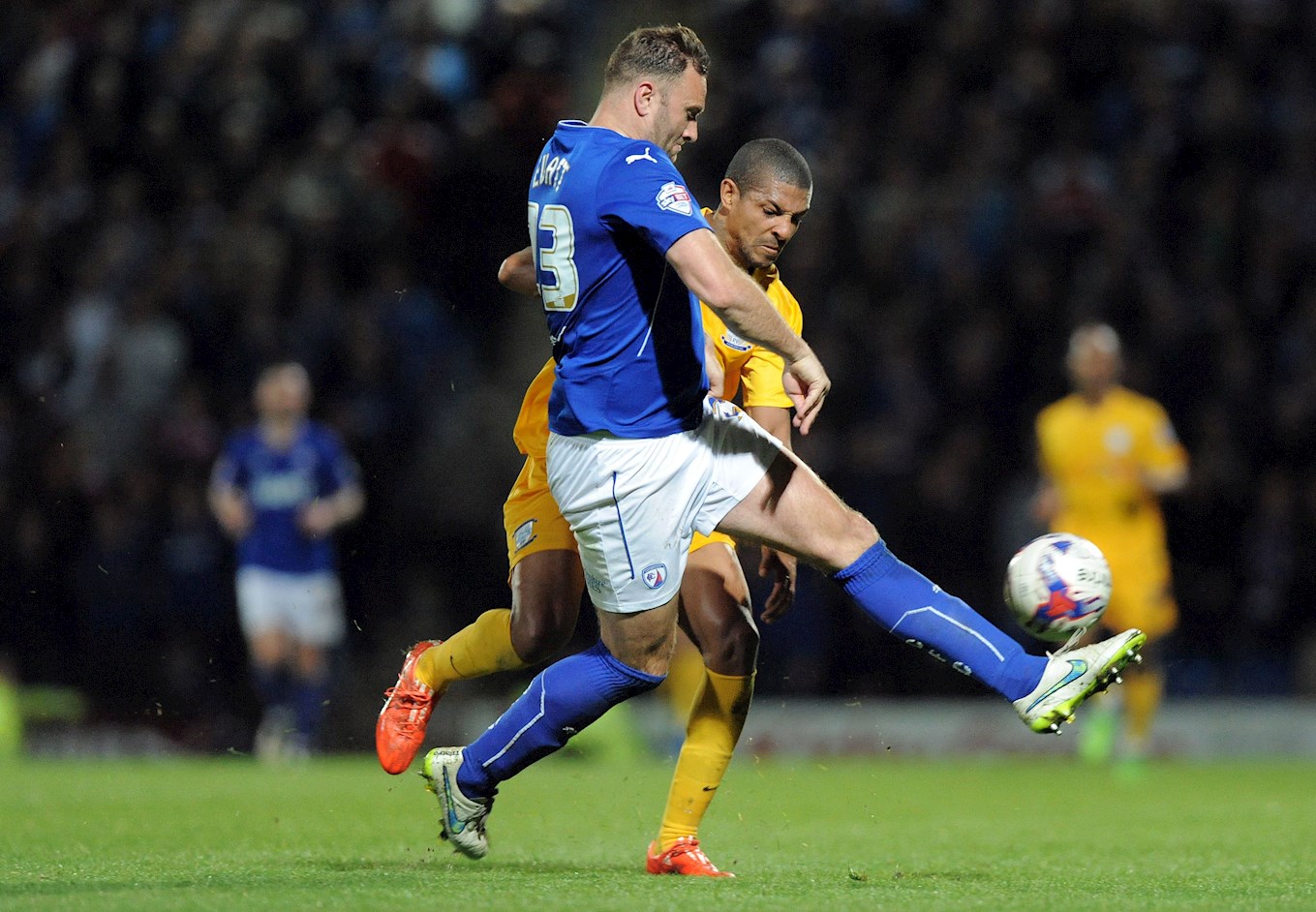 Nolan said a few players were carrying bumps and bruises following the Scunthorpe game and that they would be monitored closely in the build-up to the weekend.

Chesterfield welcome central defender Ian Evatt back from suspension but the match comes too soon for Jordan Sinnott, who limped off during last week's defeat against Grimsby, while Jerome Binnom-Williams and Joe Rowley will also miss out. 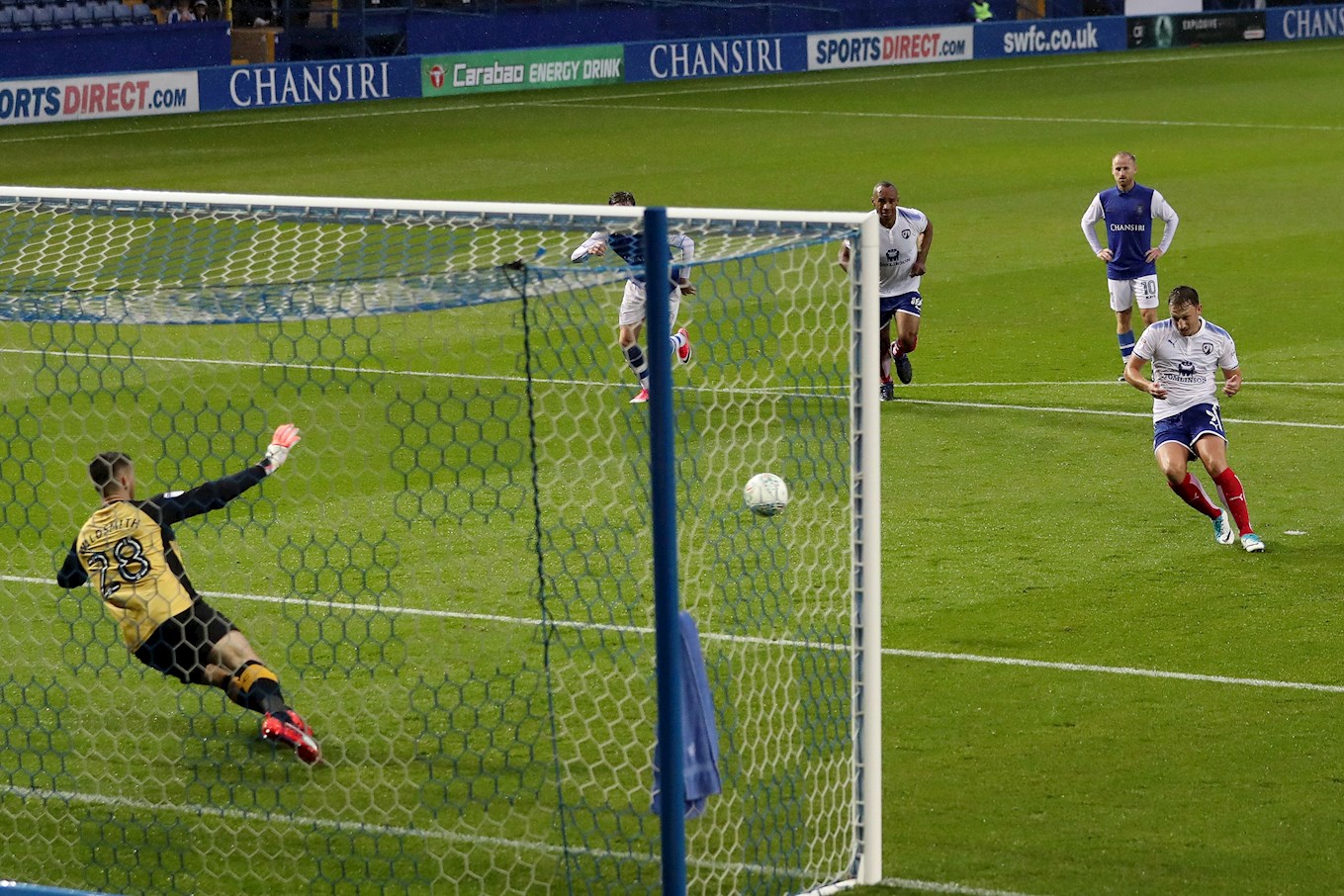 Kristian Dennis scores from the penalty spot against Sheffield Wednesday

Kristian Dennis has started the campaign with two goals in as many games for the Spireites after top scoring for them last season.

The frontman bagged 10 in 42 games but could not prevent the Derbyshire side from being relegated from League One.

The striker had netted 23 goals in 39 matches for Macclesfield Town in the National League the previous season, returning to the club where he started his career.

Not able to break into the Silkmen's first team at a young age, Dennis enjoyed loan spells with Woodley Sports, Mossley and Curzon Ashton before moving to Stockport in 2013.

His form for the Moss Rose outfit led to him being given a chance in the EFL by then-Chesterfield boss Danny Wilson and it is an opportunity the attacker has taken with both hands. 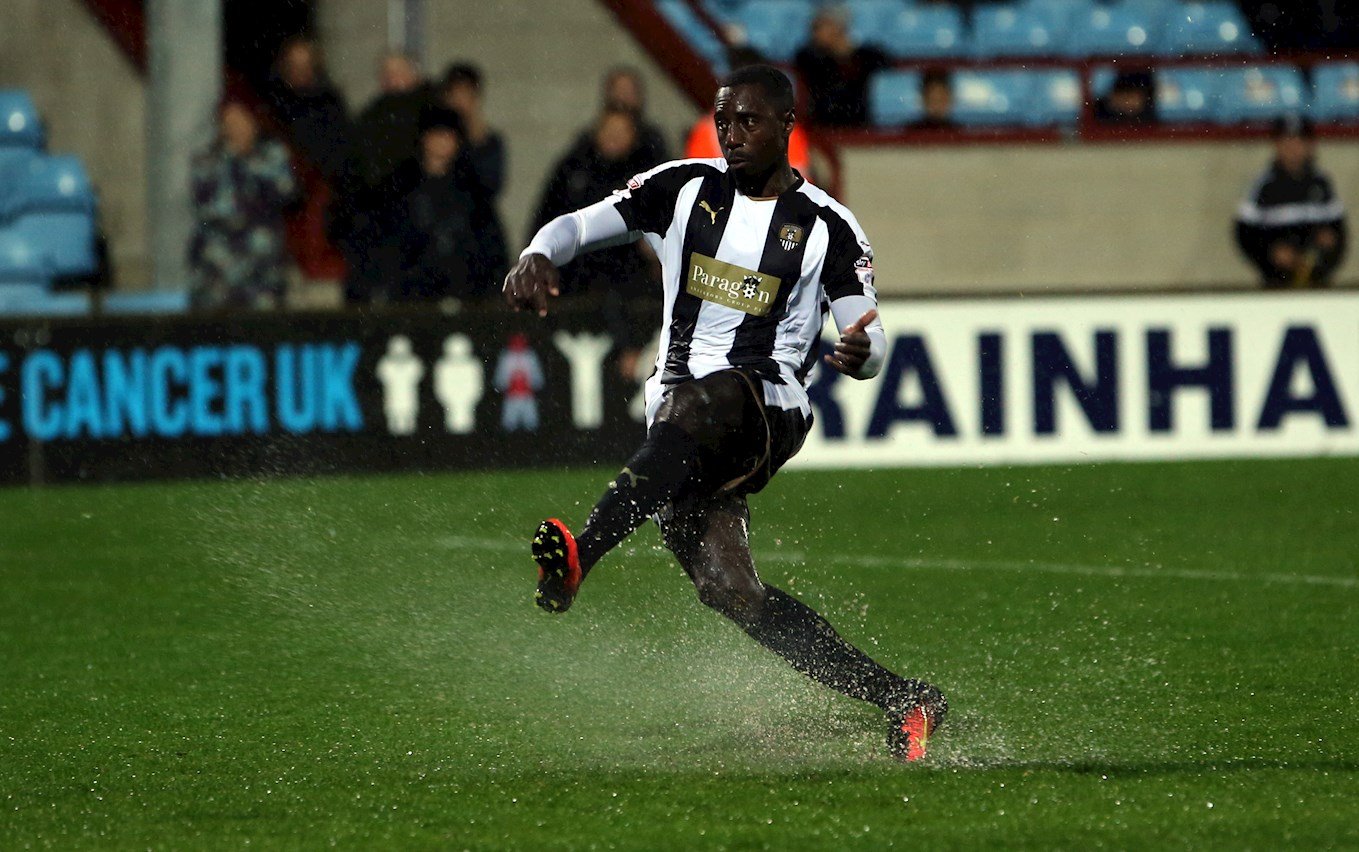 Notts' last home win against Chesterfield came in February 2012 as Jonathan Forte scored the only goal of the game.

The most recent meeting between the sides in Nottingham ended 1-0 to the visitors as Caolan Lavery's fortuitous strike meant the three points went back to Derbyshire. 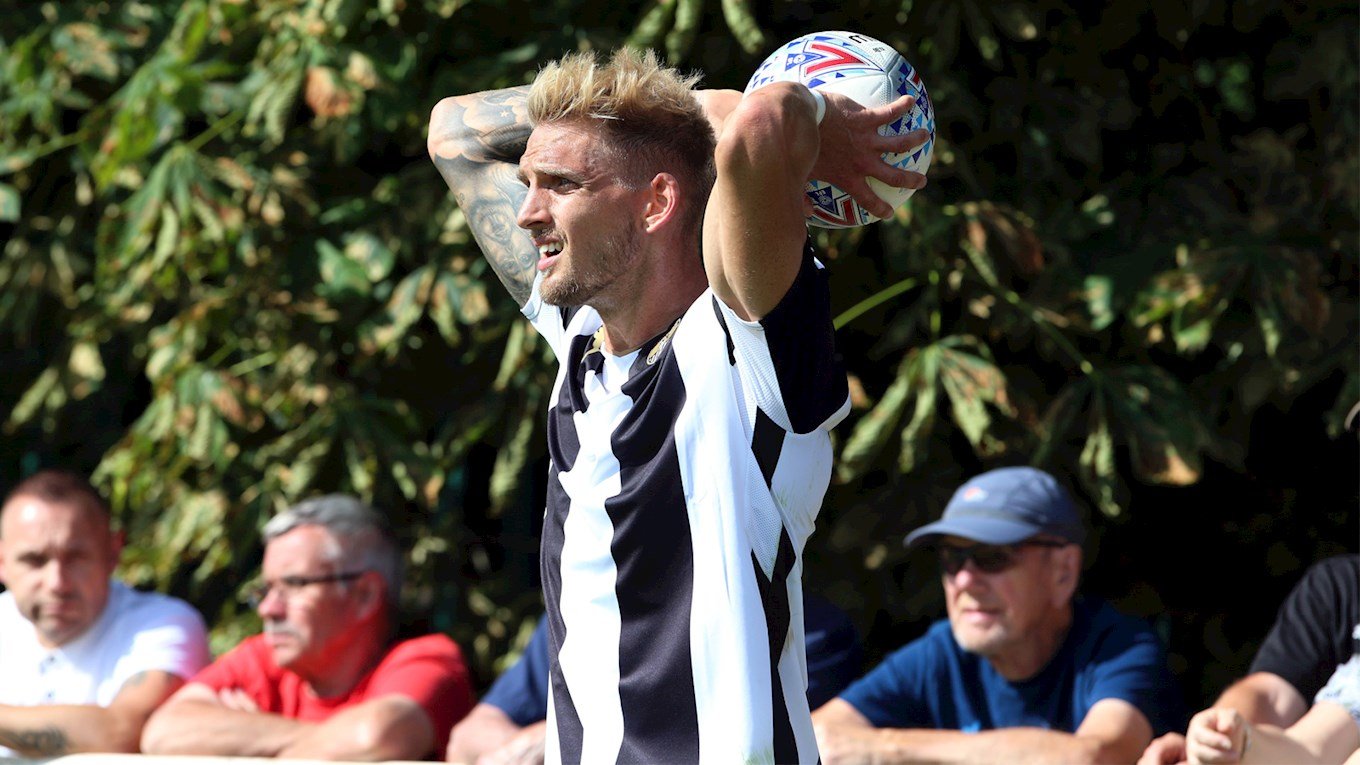 Notts signed defender Dan Jones (above) from Chestefield during the summer while first-team coach Mark Crossley used to be assistant manager at the Proact Stadium. 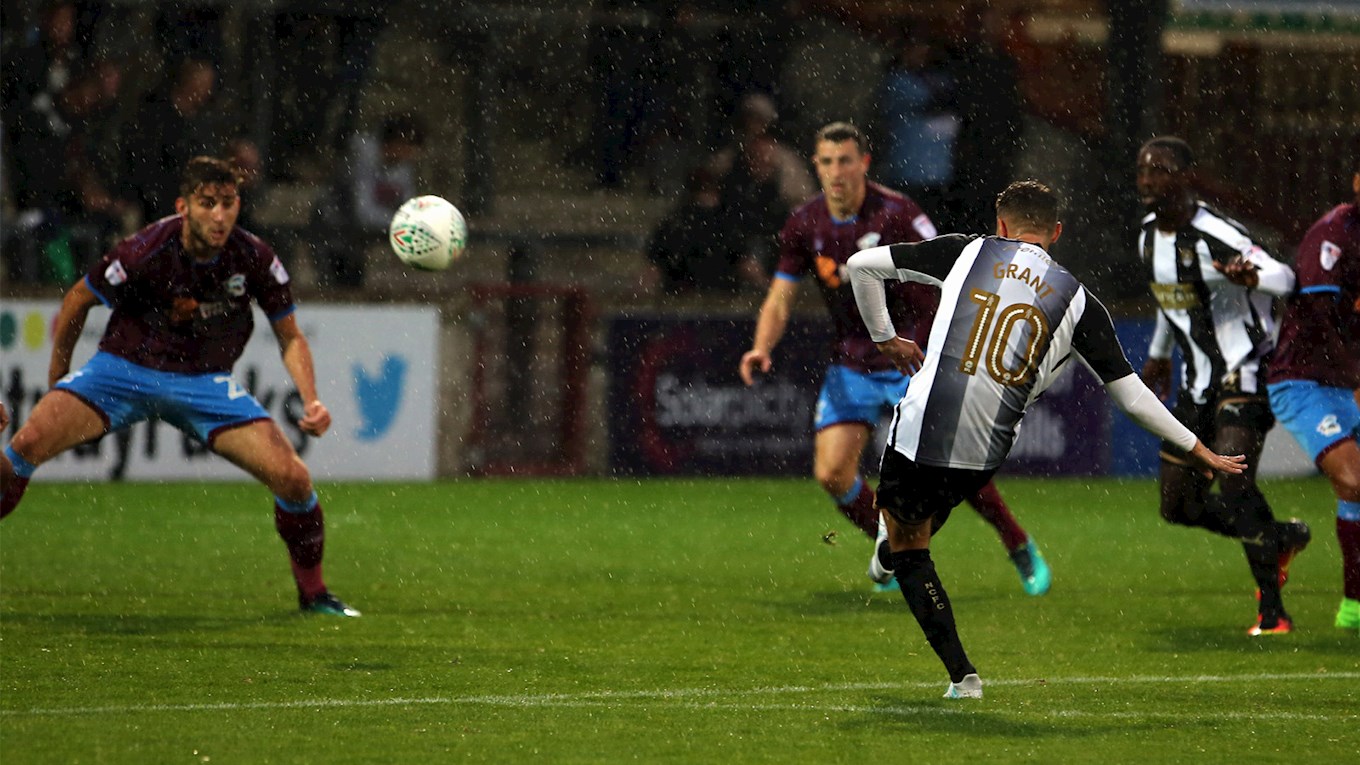 Jorge Grant got the ball rolling at Scunthorpe in midweek with the opening goal and is 9/1 to repeat the feat at Meadow Lane this weekend.

Carl Dickinson came close to finding the back of the net with a free-kick at Glanford Park and can be backed at odds of 20/1 to be the first name on the scoresheet or 7/1 to score at anytime.