Jorge Grant was delighted to be Notts County's match-winner as they beat Chesterfield 2-0 at Meadow Lane.

The midfielder came off the bench to score both goals in the second half as the Magpies registered their first win of the 2017-18 season.

The first, a header, was more of a rarity than his 20-yard free-kick in stoppage time, as the Nottingham Forest loanee was more than happy to admit.

"I don't score many headers - I think that might be the first one I've ever scored," he said.

"I just let the ball hit my head. It's a bit of a collector's item!

"With the free-kick, a few of the lads were telling me to play the ball into the corner but I didn't want to do that so I asked the referee how long was left!

"He said '10 seconds' and I saw the goalkeeper giving me a bit of room and thought 'I can score here' because I have confidence in my own ability. You have to have that and I'm buzzing it went in." 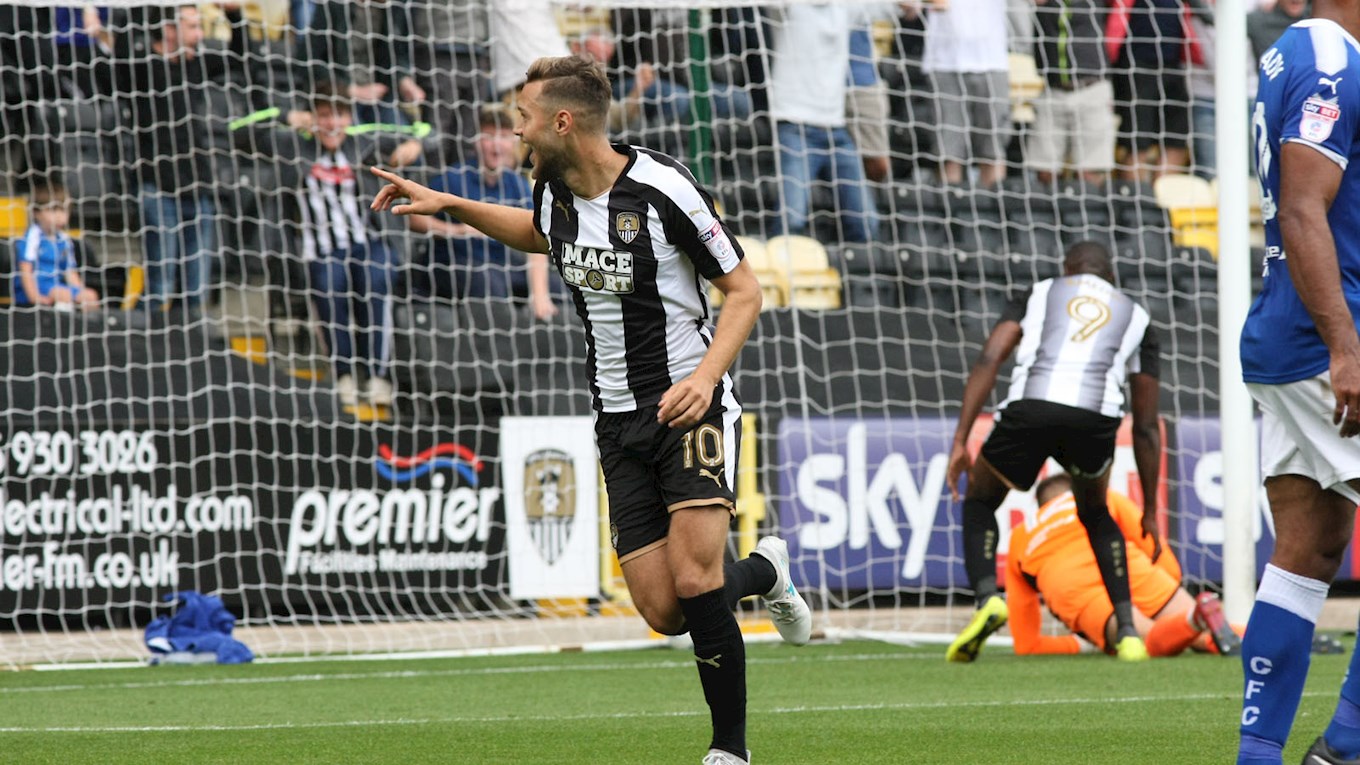 The 22-year-old was named as a substitute after playing close to 100 minutes in the Carabao Cup tie against Scunthorpe United and was pleased to be able to make a positive contribution.

"I had a bit of a hamstring problem in the week so I didn't expect to start today," he said.

"Any player who comes off the bench needs to prove a point and that's what I went on there to do. Luckily I made an impact to score the two goals.

"All the boys put in a lot of hard work before I came on. We're always talking about keeping clean sheets because it gives us a better chance of winning games.

"There are still bits to work on but it was much better than last week [at Coventry]. Home form is important so hopefully we can get off to a good start now."

With three goals in two games, Grant is certainly on form and Notts fans can hopefully look forward to seeing more questionable celebrations from him in the future.

"Some of my mates are choosing what celebrations I do this season," he revealed.

"The first one was stirring the pot and the second was supposed to be the macarena but I got interrupted halfway through!

"I might have to put it out on Twitter and ask the fans to decide my next one!"