Simon Clark is looking for bravery from Notts' Under 18s as they begin their EFL Youth Alliance campaign against Lincoln City this morning (11am).

The club's lead professional development phase coach is anticipating a tough test against the young Imps, but hopes his team will begin the season as they mean to go on.

"I watched them play against Manchester United Under 17s in the week, when they lost 2-0, and they play with a back three," he said.

"They will be strong and physical - I know the guys who run it over there. It will be frenetic for 30 minutes but we have to stand up to their direct play and also be brave enough to play our way.

"We are looking to play through the units so you have to withstand the physical aspect and be brave enough to want to get on the ball and move it quickly."

50-year-old Clark joined the club in May and has relished the opportunity to spend a full pre-season with the players to instil his own values and ideas in the group.

"We've had a good six weeks working with the players," he said. "We're ready, we can't wait and we're looking forward to it.

"We did physical work early doors, trying to incorporate the ball where we could. Having the indoor hall has been absolutely fantastic for us because we have been able to work on the training pitch and then come to the 3G on an afternoon to work on combination play.

"We have had some difficult pre-season games and in the last few weeks we have tried to develop an identity. We want to move the ball quickly, we want to be creative and develop our players to be proficient on the ball." 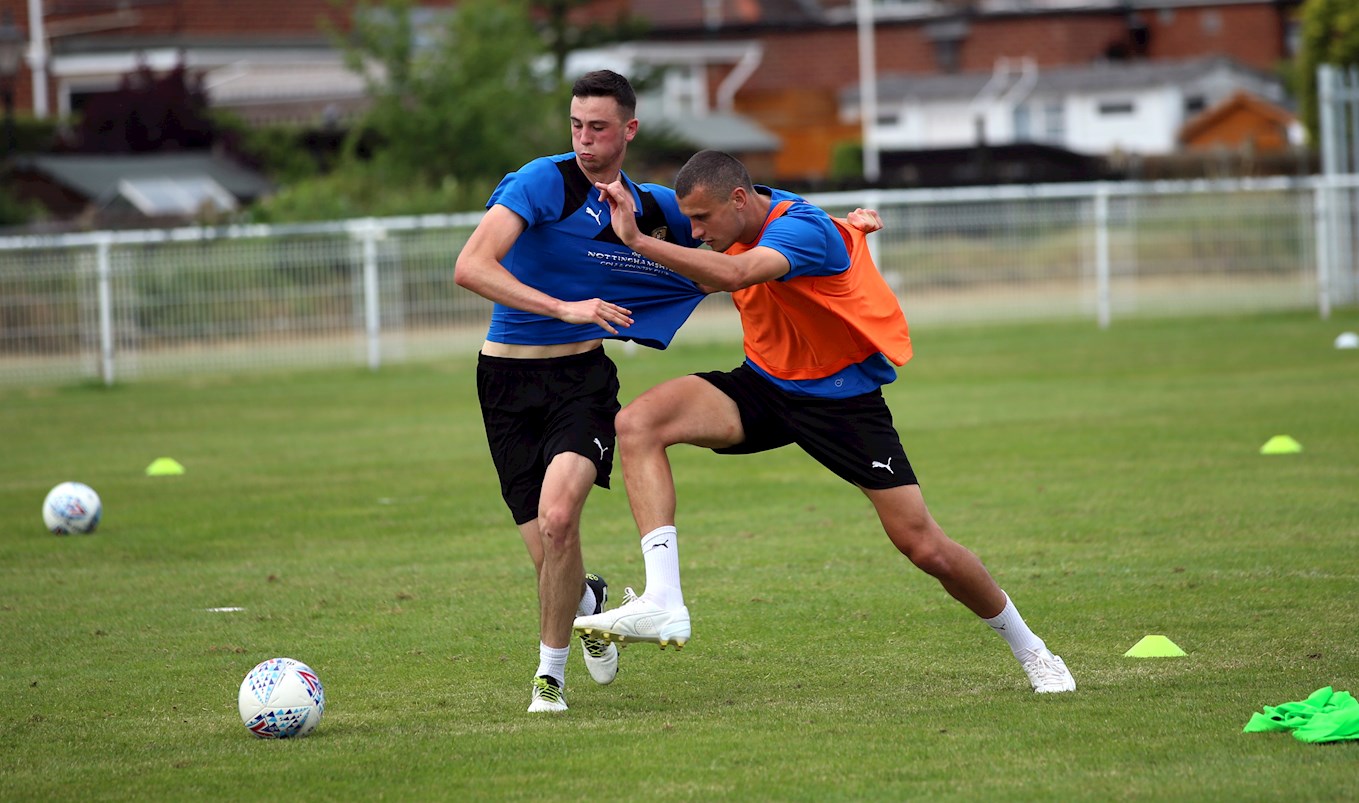 And Clark believes it will be a vital period in both players' development.

"Curtis is going to a club where you would expect him to be busy. They have lost a lot of players and just stayed up last year.

"They are playing at step three and it will be a fantastic test for him. He will play in front of 400-600 people because they are a big club for that level.

"Peter will go and get good game-time against physical, strong footballers which is key for him.

"They will still train with us and then go out to get regular Saturday-Tuesday match minutes," he added.