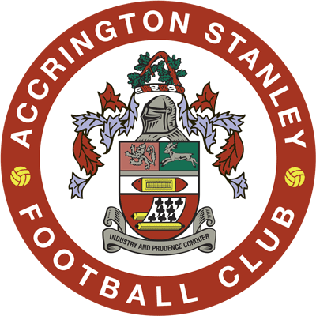 Notts County were knocked out of the FA Youth Cup by Accrington Stanley at the Wham Stadium.

A Corey Bucalossi penalty had levelled things up after Lewis Gilboy fired the hosts ahead in the first half.

But Stanley, who had seen a man sent off shortly after taking the lead, added a second against the run of play as Gilboy bagged a spotkick of his own to win the game.

The hosts started the game brightly, whistling an effort narrowly wide of the post before driving a shot straight at Magpies keeper Max Culverwell shortly afterwards.

Notts’ response came from Kieran Cummings, who benefited from good play by Tyreece Kennedy-Williams to fire a shot towards the near post from a tight angle. Toby Savin stood firm to make the save.

Stanley left-winger Lewis Gilboy was looking sharp, however, and minutes after drawing a good save from Culverwell he rifled one into the top corner after cutting in from the wing.

The Magpies needed a boost and were given one immediately after the goal as Matthew Williams was dismissed for pulling back Cummings, who was clear through on goal.

Cummings took the subsequent free-kick himself, forcing Savin to push the ball wide for a corner. Bucalossi met the resultant delivery with a firm header but couldn’t keep it down.

Notts were struggling to assert themselves on the game despite their man advantage and were probably glad to hear the half-time whistle, presenting them with an opportunity to regroup in the dressing room.

The sides reemerged unchanged but Craig Gordon decided to switch things up on 54 minutes, sending Leo Marshall on for Coden Duncan.

Notts then had a great chance to level when a cross from the left dropped nicely for Cummings, only for the winger to volley the ball over on his left foot.

But the winger made amends shortly aftewards, racing on to a long ball over the top before being brought down by Jack Bolton in the area. Bucalossi rolled the ball home from the spot to level things up.

Notts' tails were up and Kennedy-Williams forced a smart save from Savin after making purposeful strides into the left-hand channel.

It looked like there was only going to be one winner but Stanley sprung a surprise, with Gilboy the protagonist once more. After winning a free-kick, his set piece stuck a Notts hand in the area and the referee pointed to the spot. Gilboy slotted the ball into the bottom corner to make it 2-1.

Savin made two excellent saves to deny Etete in the dying seconds as Notts ramped up the pressure.

But there was to be no late comeback as the hosts progressed to round three.