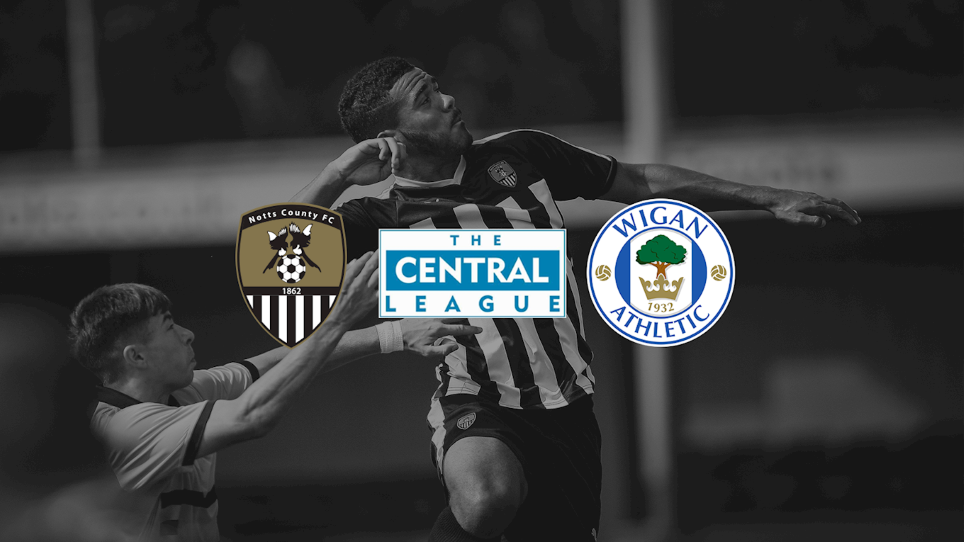 Will Patching was on the scoresheet as Notts County kicked off their Central League campaign with a 1-1 draw against Wigan Athletic at Ilkeston Town.

With first-team manager Harry Kewell watching on, Patching robbed visiting goalkeeper Bobby Jones of the ball and rolled it into an empty net on 31 minutes.

It looked like his goal would be enough to give the Magpies victory but, in second-half stoppage time, Wigan sub Kyle Joseph rose at the back post to head home an equaliser.

Notts made a strong start to the match and had the game's first shot on eight minutes, Patching bending the ball over from range.

Magpies keeper Max Culverwell was then called in to make two excellent saves after the hosts had twice failed to clear their lines in separate incidents minutes apart.

Full-back Tyreece Kennedy-Williams made a superb block to deny former Everton trainee Joe Piggott shortly before the hosts had the lead.

It came as a result of industrious work by Patching, who closed down the goalkeeper, robbed him of possession and rolled the ball into an empty net with just over half an hour on the clock.

A string of bookings followed, with trialist Romario Vieira and Corey Bucalossi seeing yellow for the hosts and Ryan Galvin cautioned for the visitors.

Chettle's first substitution came on 55 minutes when Vieira made way for Charlie Wilde and he was forced into his second 10 minutes later when Jack Henchliffe had to be stretchered off after being on the receiving end of a robust Wigan challenge. Kieran Cummings replaced him.

Pivin Baningime rolled a low effort straight at Culverwell and Patching drew a comfortable save from Bobby Jones as the sides traded chances in their pursuit of the next goal.

Culverwell was then called into much tougher action on 77 minutes, preserving his side's lead with an excellent double save.

It was also proving to be a busy conclusion to the game for Notts defender Owen Betts who, minutes after being booked for kicking the ball away, made a heroic block with his head to deny Wigan a certain goal. After lengthy treatment, he was deemed fit to continue.

The Magpies had battled superbly to stay ahead but, cruelly, they were pegged back in stoppage time when Joseph nodded home a cross from the right.

Joseph then could - and perhaps should - have won his side the game when he was played through one on one with Culverwell. The keeper stood firm to tip the substitute's effort wide.

And there was still time for yet more drama as Patching found himself one-on-one with a defender before tricking his way past him and into the box. The former Manchester City midfielder couldn't keep his effort down, however, and the game ended 1-1.