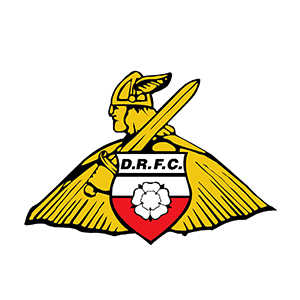 The forward turned the ball home from eight yards after Dan Jones, who played 90 minutes on the left wing, had beaten the offside trap to provide the cross.

Notts had a nightmare start to the game when, with only 30 seconds on the clock, Max Watters opened the scoring with a nicely taken goal.

And it was 2-0 on 22 minutes when Watters turned provider, crossing the ball for Will Longbottom who controlled well before beating Max Culverwell.

The goals left Notts with too much to do and coach Steve Chettle was far from happy with the way the team started the match.

“I thought we were very poor in the first half,” he said. “Everything we spoke about tactically, the players didn’t do.

“If you don’t apply yourself properly, you’ll have an uphill task. We didn’t match Doncaster’s effort or energy and the players have been told that with a few sharp words.

“In the second half we were more effective and we nearly earned a point, but overall we probably didn’t deserve it after our first-half performance.”