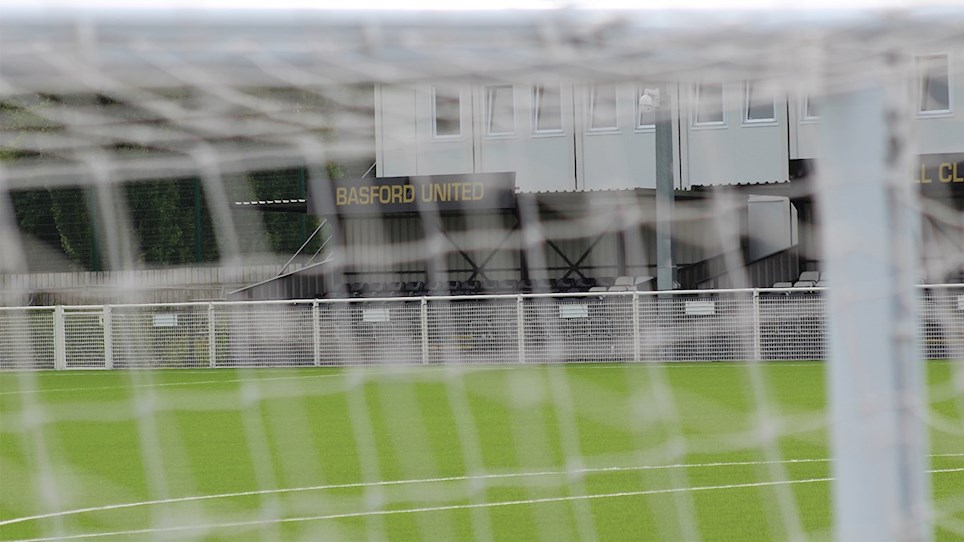 Sam Osborne, Will Patching, Christian Oxlade-Chamberlain, Leo Marshall and Kion Etete were all on the scoresheet as the Magpies ran out comfortable victors at a chilly Basford United.

Notts got off to the perfect start when Osborne latched on to a long ball over the top to round visiting goalkeeper Jake Keen and roll the ball into the empty net.

It was 2-0 shortly afterwards when Osborne won the ball well in midfield and Tom Crawford led a purposeful Notts charge. He played the ball to Patching on his left and the former Manchester City man beat Keen to double Notts' advantage.

Patching hit the post with a free-kick and Mansfield struck the bar with a deflected header as the two teams sought the next goal.

And the visitors did find the net shortly afterwards, Tom Fielding scoring with a nice finish from the edge of the area.

It could - and should - have been 3-1 before half-time, Remaye Campbell and Etete both denied in quick succession following excellent work by Oxlade-Chamberlain.

And they were nearly made to rue their missed opportunities when Jordan Graham tricked his way into a shooting position at the other end, only to blaze the ball over the bar.

There was one Notts change at the break as goalkeeper Max Culverwell, who had earlier taken a knock, made way for Tiernan Brooks.

And the sub's first action of note was to pick the ball out of his own net, Graham scoring from the spot after Patching had conceded a penalty.

The Magpies soon regained the advantage however, Oxlade-Chamberlain getting forward from right back to turn home Campbell's cross from close range.

And the match was wrapped up on 77 minutes when Marshall, on for Kieran Cummings, controlled the ball nicely in the area before drilling it low into the net.

Etete added further gloss to the scoreline, bulldozing his way through the Stags' back line before finishing calmly.