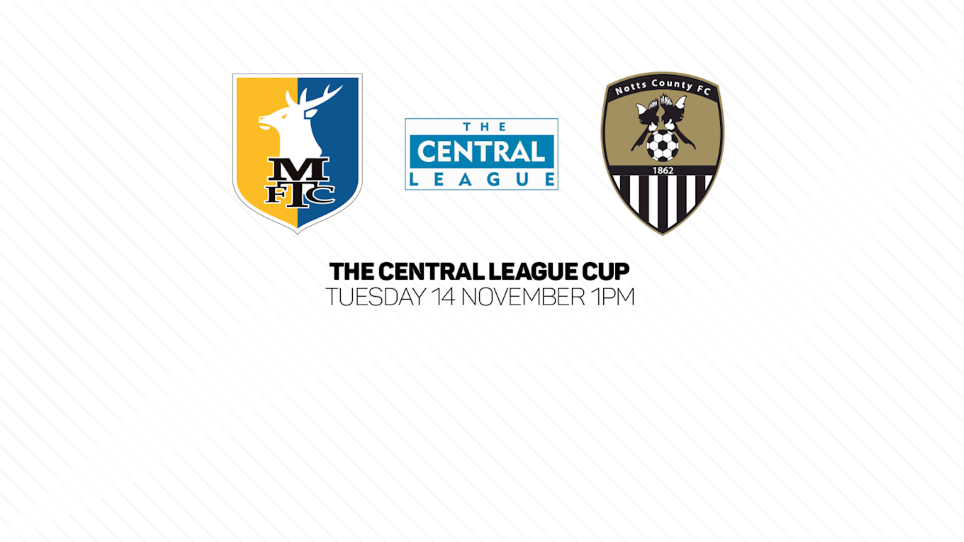 Notts County reserves were beaten 2-0 by Mansfield Town in the Central League Cup.

A brace from Alfie Potter saw the Stags take all three points from the tie, with both sides featuring a number of experienced players.

Liam Walker whipped a free-kick narrowly wide of the upright with the first effort on goal in a feisty contest at Rainworth.

Jack Thomas' cross found Calum Butcher at the far post and, although the midfielder saw his shot saved by Branislav Pindroch, the loose ball fell to Potter, who was on hand to fire into the corner and give the hosts the lead.

Former Notts man Jimmy Spencer then twisted and turned to make room for a shot on the edge of the area before curling over the bar.

At the other end, Mal Benning was in the right place at the right time to beat Callum Saunders to a cross as Notts probed for an equalising goal.

Butcher collected a flick-on from Spencer and slammed wide from a tight angle with the last chance of the opening half as the Stags took a slender lead into the interval.

In the opening minutes of the second period, Mansfield saw Will Atkinson's deflected effort fly wide of the target before Pindroch denied Benning with a fine save from close-range and Potter fired over from a short corner.

A heroic block from Nicky Hunt kept the deficit at one goal as he denied Spencer, who had rounded Pindroch, on the line with the striker looking certain to score but for the defender's intervention.

However, the Stags did get their second goal with 20 minutes left on the clock. Spencer laid the ball off to Potter, who curled it into the top corner from 20 yards to double the lead.

Jacob Mellis hit the bar and Alan Smith's lob over goalkeeper Bobby Olejnik got caught up on the turf as Notts fell to defeat.