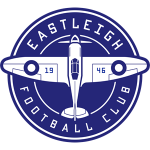 Elisha Sam scored twice to fire us into the fifth round of the Buildbase FA Trophy.

The Beligan rounded off a fine team move to cancel out Harry Pritchard's early opener before producing a lovely late finish to secure our sixth straight win.

Sam was one of a number of players to be given their opportunity to rack up minutes, with Connell Rawlinson, Connor Parsons, Aaron Nemane and Kairo Mitchell also handed starts.

We found ourselves behind early on when Harry Pritchard produced a neat flick from a corner to guide the ball beyond Slocombe on seven minutes.

But we were back on terms two minutes later when Vincent, Mitchell and Sam combined to bamboozle the visiting defence and present the latter with a tap-in.

We went on to dominate the first half but found our former goalkeeper Joe McDonnell in good form between the Spitfires' sticks as he kept out another effort from Sam, as well as shots from Parsons, Nemane and Mitchell, before the ref blew for the interval.

Our dominance continued after the break with Vincent seeing a goalbound effort diverted wide and Nemane putting a little too much height on a cross for Sam before Ryan Hill nearly caught us with a sucker punch as he looped a header narrowly wide of Slocombe's far post.

The game stagnated a little thereafter and Ian Burchnall saw fit to send on Joel Taylor, Jayden Richardson and Ruben Rodrigues for Parsons, Nemane and Mitchell in a bid to inject fresh attacking impetus.

And, after a further scare as Jaques Maghoma headed another header wide, we got the winner as Rodrigues slid in to supply the ball to Sam, who produced an excellent turn and finish in the area.