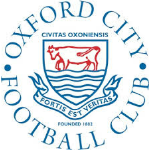 Elisha Sam scored an incredible goal as we beat Oxford City in the quarter-finals of the Buildbase FA Trophy.

After levelling things up with a calm finish following a weaving run into the penalty area, the forward won the game with a miraculous flick over City keeper Ben Dudzinski.

The visitors had led thanks to a fortuitous first-half own goal from Tylor Golden but, after Sam's strikes turned the game on its head, Jimmy Knowles put the game to bed with an excellent goal at the death.