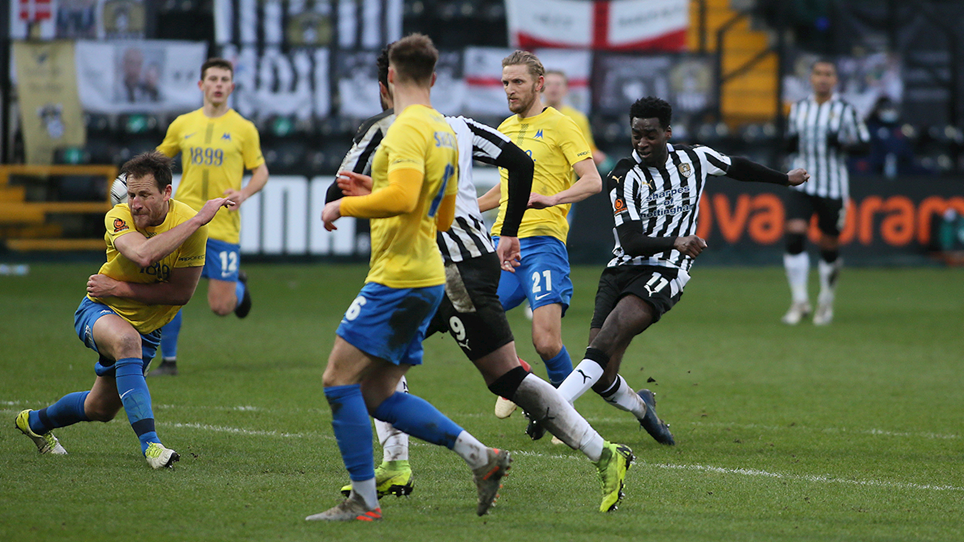 A 99th-minute equaliser denied us a deserved victory over Torquay United.

We had mounted a 2-0 lead after Dion Kelly-Evans bagged his first goal for the club, with Mark Ellis notching once again shortly after the break.

It could have been more after Jimmy Knowles had hit the bar, with Wootton seeing his follow-up saved, and Jake Reeves seeing a shot pushed over on the brink of half-time, when Ian Burchnall was forced into a switch as the injured Alex Lacey made way for Calvin Miller.

And the head coach had to make another substitution midway through the second half when the outstanding Jim O'Brien sustained an injury as he nearly latched on to Reeves' superb pass to go through on goal. Regan Griffiths came on for him.

The home side capitalised on the disruption to our flow as Connor Lemonheigh-Evans converted a 75th-minute cross at the back post but we could have made it 3-1 shortly afterwards, only for Griffiths to be denied a clear shot at goal by a brilliant last-ditch challenge.

Torquay substitute Josh Umerah was given his marching orders in the dying moments after picking up bookings for identical aerial fouls on Ellis, the latter leaving the defender requiring lengthy treatment which led to eight minutes being added on at the end of the match.

And, in the last of those eight minutes, Ben Wynter managed to turn the ball over the line to deny us all three points.