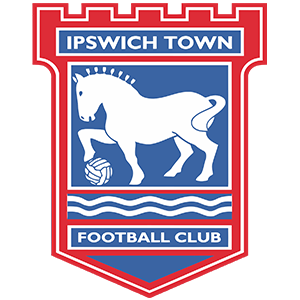 Nathan Tyson opened the scoring inside the last five minutes of the first half but Kayden Jackson brought Town level shortly after the hour as the Magpies made it four without loss.

Neal Ardley again lined his side up in a 3-5-2 formation with Pierce Bird flanked by Christian Oxlade-Chamberlain and trialist Damien McCrory in front of Ross Fitzsimons.

Three more trialists were given starting berths - Kyel Reid and Dion Kelly-Evans at wing-back and Tyson up front, where he was partnered by Enzio Boldewijn. Andy Kellett, Mitch Rose and Michael Doyle, the captain for the evening, completed the side.

Kelly-Evans claimed the first chance of the evening on five minutes, picking up the loose ball when McCrory's cross was headed partially clear. He drove a fierce effort at Bart Bialkowski in the Ipswich goal, which the former Notts man did well to hold.

Moments later, the away side had their first glimpse following a slip in the Magpies defence. Luke Garbutt found space to strike but was denied by his own man as Jackson inadvertently diverted the ball away from goal.

With the exception of a water break midway through the opening period, there was little else to report until the 41st minute when Notts took the lead.

Kellett latched on to a ball forward and held it up well while he awaited support. Tyson provided it and produced a clinical finish as he struck a first-time effort into the bottom right corner from all of 25 yards, leaving Bialkowski helpless.

That was the final action of the opening period, in which Notts had given an excellent account of themselves.

The game continued to be played out largely in the middle third of the pitch, and it was there that Ipswich's Tristan Nydam suffered a suspected broken leg following a firm but fair challenge from Kelly-Evans. There was a lengthy stoppage in play before the Town man was stretchered off on the hour mark.

Notts had two chances in quick succession following the substitution - first Kellett cut in from the right and saw his shot pushed out for a corner, before Kelly-Evans got into the Ipswich box and struck a loose ball at goal, only to see Bailey Clements - who had replaced Nydam - make a key block.

But on 67 minutes, the visitors levelled. Jackson was picked out in space on the right-hand side of the area and finished well beyond the on-rushing Fitzsimons.

That was the signal for Ardley's first batch of changes with Declan Dunn, Alex Howes and Chris Camwell sent on in place of Bird, Reid and McCrory.

Inside the final 20 minutes, Fitzsimons had to be sharp to deny Jackson and Ipswich a second, racing out to deny the forward one-on-one after he was played in behind the Notts backline.

Notts were saved by the linesman's flag when substitute James Norwood turned home following a deep free-kick into the area before seven minutes of added time were indicated.

Danny Rowe called Culverwell into straight-forward action but neither side found the decisive goal as both teams settled for a draw.