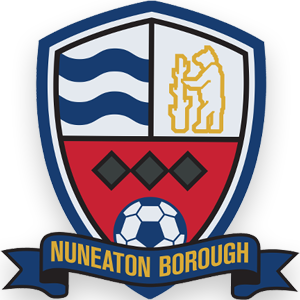 Second-half goals from Mitch Rose and Kristian Dennis handed Notts County a 2-0 victory over Nuneaton Borough in their first pre-season friendly of the summer.

The pair struck after the two sides had played out a competitive and closely contested first half, for which Neal Ardley handed trialists Dion Kelly-Evans and Kyel Reid a place in the starting 11.

Ross Fitzsimons was between the sticks, shielded by a back four of Tyreece Kennedy-Williams, Pierce Bird, Christian Oxlade-Chamberlain and Kelly-Evans.

Patching, Doyle, Howes and Bird all tried their luck on goal in the early exchanges but the hosts went closest when Luke Benbow played Callum Powell through one-on-one with Fitzsimons. The Borough man struck the crossbar with his effort.

Benbow was proving to be a thorn in Notts’ side, sending a free-kick narrowly over before heading Alex Henshall’s cross wide.

Ardley’s first change came on 32 minutes when Rose replaced Declan Dunn moments before Reid saw a deflected effort go behind for a corner.

Both keepers were called into action as half-time approached, Fitzsimons making an excellent save to deny Henshall before Hemmings’ low effort was saved by Cam Belford.

And, minutes before the referee blew for the interval, Oxlade-Chamberlain did brilliantly to slide in and turn the ball behind after Powell had raced clean through on goal. The ball nearly squirmed over the line from the resultant corner but Notts were able to clear.

Fitzsimons, Oxlade-Chamberlain and Rose were the only players to return for the second half as Ardley rang the changes.

And the latter had Notts’ first decent chance of the half, curling the ball straight at Belford from the edge of the area.

Fitzsimons then had to make another brilliant save of his own, rushing out to deny Devon Kelly-Evans – brother of Notts trialist Dion – from point blank range.

Supporters didn’t have to wait much longer for the game’s first goal, however, as Rose picked out the bottom corner with a well struck-effort from outside the area.

Campbell had another opportunity to double the Magpies’ lead shortly afterwards when Osborne won the ball on the edge of Nuneaton’s area before squaring the ball for the forward. Belford did brilliantly to keep the ball out.

There was nothing the Borough keeper could do on 77 minutes, however, when his side cheaply conceded possession, allowing Dennis to slot the ball low into the net from inside the box.

Dennis nearly bagged his second of the game with a free-kick which was well saved by Belford, who will have been relieved to see Osborne fire the ball into the side-netting on the follow-up.

And that was to be the final action of note as Notts’ first friendly ended in a 2-0 victory.