A New Year’s Day trip to Maidenhead United is next up as our busy fixture schedule continues.

Our 2019 ended with a superb victory at Solihull, which extended our victorious run to four matches and propelled us into sixth place in the Vanarama National League.

And while for many 1 January brings about New Year’s resolutions, we’ll be hoping for more of the same when we visit a team we beat 3-0 in the Boxing Day reverse fixture.

Maidenhead come into the match with the third-worst home record in the division but York Road proved fruitful ground for them on Saturday, where they beat Wrexham 2-0. 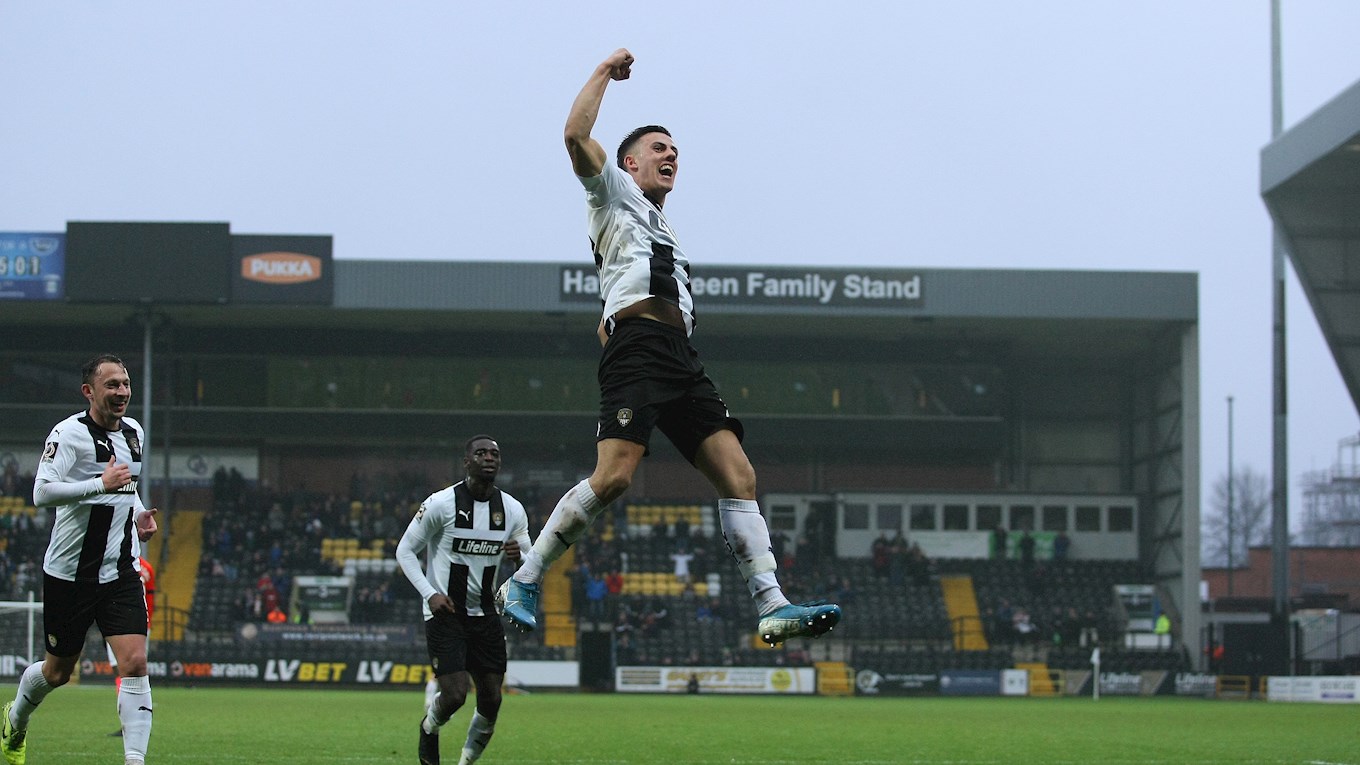 It remains to be seen whether Neal Ardley will revert to the side that secured our Boxing Day win having made four changes for Saturday's victory at Solihull.

Enzio Boldewijn notched two assists, Sam Osborne rounded off a lovely team move and Kristian Dennis produced a typically clinical finish against Maidenhead - but they all missed out against the Moors.

Speaking on Monday, Neil Cox was pleased to reveal that we have no fresh injury concerns and that Sean Shields had returned to training. The winger's availability will be assessed ahead of the match.

Maidenhead's Danny Whitehall, who came off the bench against us on Boxing Day, will surely start this time around after taking his season tally to 11 by hitting both goals against Wrexham last time out. 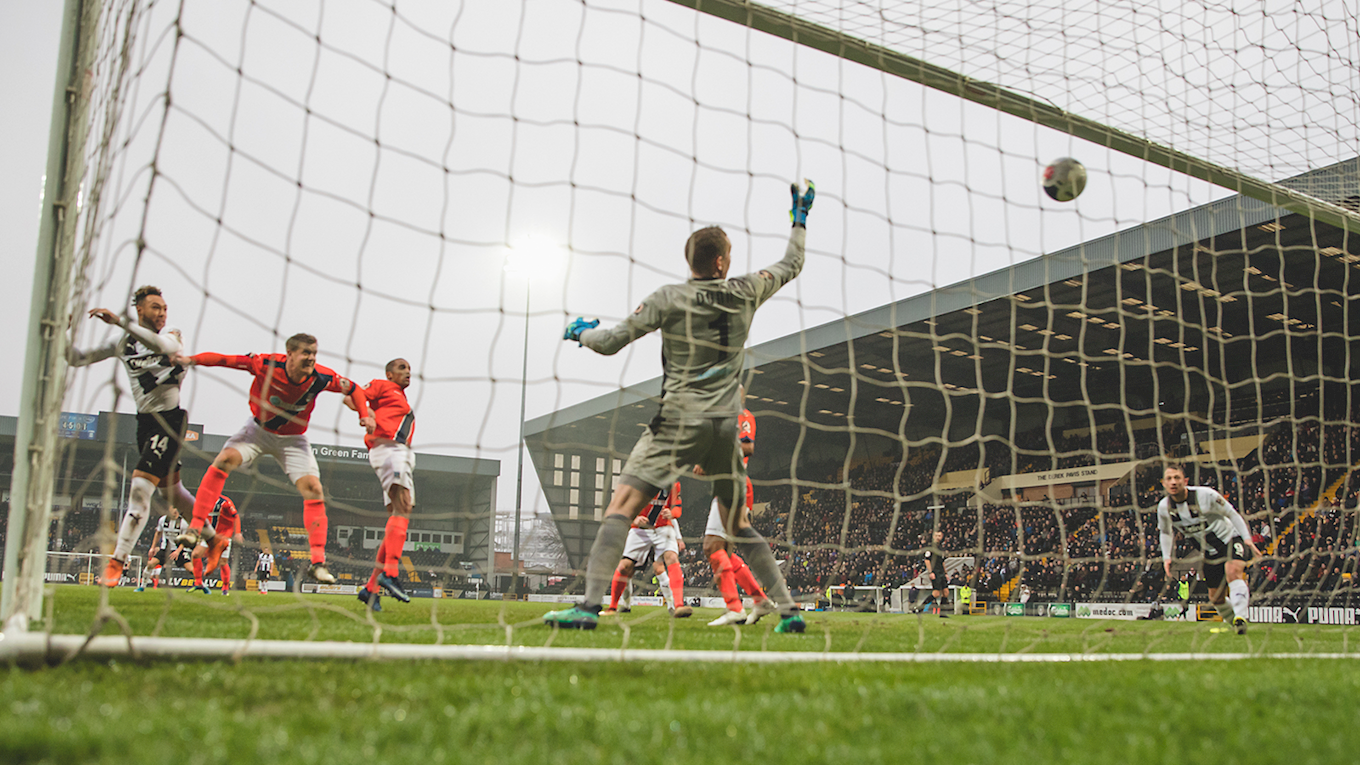 Goals from Kyle Wootton, Sam Osborne and Kristian Dennis fired us to victory against our fellow Magpies on Boxing Day, in the first ever competitive meeting between the clubs. 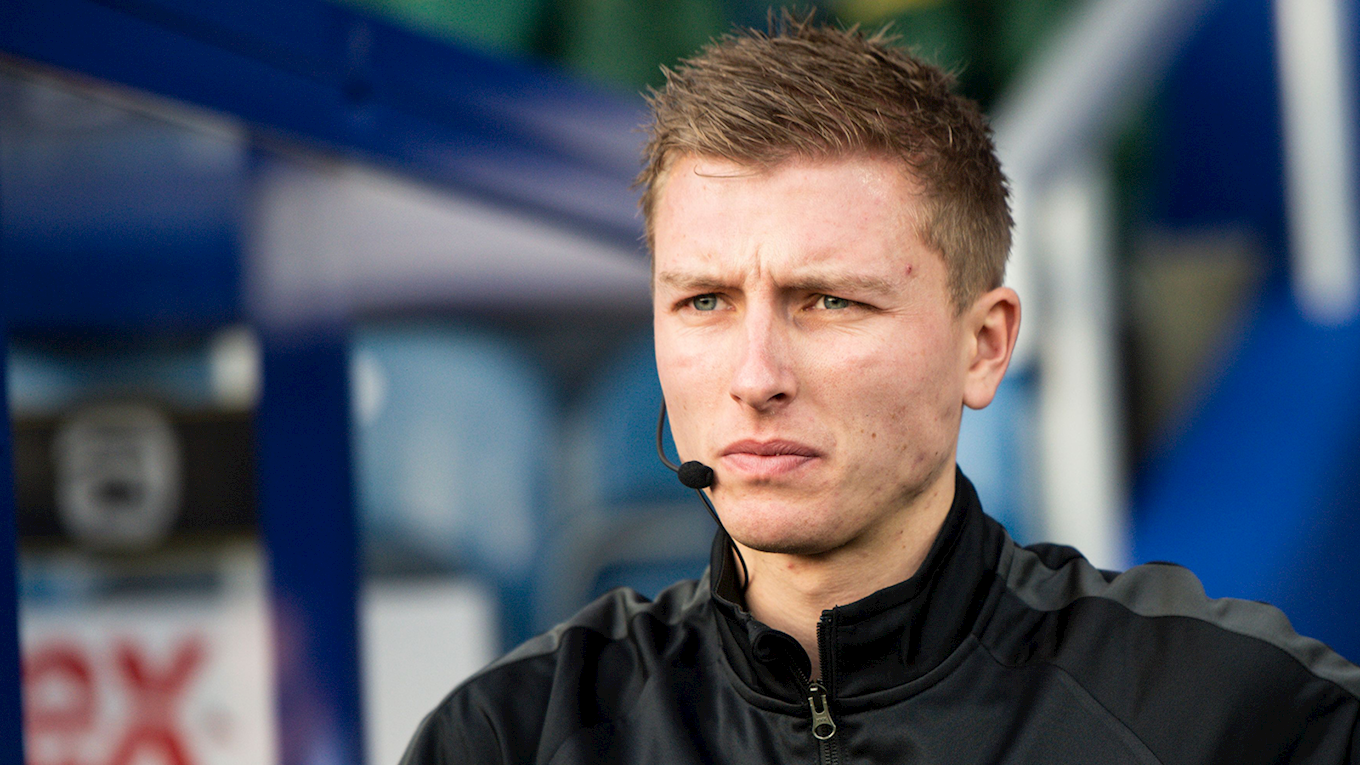 The National League’s official betting partner LV BET take a look at the pick of the New Year’s Day fixtures on Matchday 29.

• The leaders’ away form is fantastic - they have one defeat in nine on the road, winning seven of those matches

• No side have lost fewer games at home than Bromley this year - they have scored 31 goals at Hayes Lane, more than anyone else

• Dover are the National League’s best away team, Andy Hessenthaler’s Whites taking 26 from their 12 games on the road so far

• Notts County have now won three games in a row for the first time this season. They haven’t lost since 23 November

• Notts have won three of their last four away games, scoring 11 goals

• Despite the York Road win on Saturday, Maidenhead have the third-worst home record in the league - winning only three times in front of their own fans

3/2 Leaders Barrow to win away again by defeating Fylde

16/1 Dover to lead Bromley at half-time, but Bromley take the points

13/1 Maidenhead v Notts County to end without a goal

New LVBet customers will get a £5 sportsbook welcome bet when they sign up. Claim the welcome offer here! (T&Cs apply)

We extended our unbeaten run to six league matches with a goalless draw at Maidenhead on New Year's Day.

It was a cagey encounter at York Road, with chances hard to come by at either end for the majority of proceedings, but we kept a third successive clean sheet to earn a point, which was enough to keep us in the play-offs.

Looking to replicate the performance of our 3-0 win against United on Boxing Day, Neal Ardley reverted to the same XI that started six days ago.

That meant Damien McCrory, Sam Osborne, Enzio Boldewijn and Kristian Dennis were back in from the off after being named as substitutes at Solihull Moors on Saturday.

Zoumana Bakayogo, Tom Crawford, Nathan Tyson and Wes Thomas replaced the quartet on the bench, where they were joined by Pierce Bird.

Osborne claimed the first shot of the afternoon on seven minutes, when he found space on the edge of the area after receiving the ball from Mitch Rose's fine switch of play. Dion Kelly-Evans had made a good run on the overlap, but the winger opted to strike at goal - his effort lacked power and Chris Dunn easily held on.

He had an even better chance in the 10th after Michael Doyle sent Enzio Boldewijn in behind and he stood a cross up to the back post for his fellow wideman, but the youngster got well under it and skied his effort.

We were dominating possession and getting runners in behind the home side's defence regularly but the final ball was lacking as we reached the midpoint of the half.

That was not the case on 26 minutes, though, when we should have gone ahead. Boldewijn was fouled by Rene Steer, who was carded, and picked himself up to send a peach of a delivery into United's box, but somehow none of Dennis, Connell Rawlinson or Alex Lacey could divert the ball goalwards.

Maidenhead weren't without threat, though, and were looking to catch us on the break, with Josh Kelly getting into several good crossing positions but unable to pick out his team-mates.

But a counter-attack of our own almost led to the opener on 36 minutes, when Dennis got in behind before finding strike partner Kyle Wootton, who in turn fed Boldewijn on the right flank. He looked to cross low to Dennis, but a vital intervention meant the ball never reached the 10-goal man, who would've backed himself to snap up the chance.

He had another sighter with five remaining in the half and Boldewijn was the architect again, this time cutting inside onto his left foot before shooting, but his effort lacked power and Dennis brought it under his spell before attempting an audacious backheel, which was well blocked by a Maidenhead man.

Kelly-Evans made a good sliding challenge on United's top scorer Daniel Whitehall before Sam Slocombe was called into action for the first time, making an easy save from Remy Clerima as the hosts threatened towards the end of the half.

And, just before one minute of added time was indicated, they should have gone ahead. Kelly picked out James Akintunde at the back post, but he could only find the side netting as he met the low cross, and we breathed a sigh of relief before heading down the tunnel.

The first half's pattern continued in the opening exchanges of the second. We were looking to probe and create openings, while the hosts attemped to break with pace when they won the ball back, but, besides a booking for Doyle, there was nothing to report in the 10 minutes that followed the restart.

Going more direct almost paid off on 57, when Slocombe's long free-kick was flicked on by Wootton and Dennis lifted an effort over from inside the area.

The keeper was forced into his first meaningful save of the afternoon in the following minute, with Whitehall testing him at his near post - he got down well to make the stop.

McCrory and Kelly-Evans both went into the book in quick succession following a pair of physical challenges, and the latter's gave Maidenhead a free-kick in a dangerous area on our right. James Comley whipped it in low and Kelly flicked it goalwards, with Slocombe making a smart stop to turn it over.

The hosts were seeing more of the ball than they had at any point in the game and, looking to combat that and regain the impetus, Ardley sent Tyson on in place of Osborne on 67 minutes.

It didn't have an immediate impact and Maidenhead had a golden opportunity to take the lead after winning a cheap corner as the clock ticked past 70. The delivery itself was poor, but it broke for Akintunde on the edge of the area and Slocombe could only parry his shot as far as United skipper Alan Massey. The centre half looked to loop the headed rebound into the net but got too much on it, and it sailed over the bar.

Thomas replaced Dennis with a quarter of an hour remaining and we switched to a 4-3-3, with Boldewijn given the freedom to roam from the centre of the park.

Lacey headed a free-kick off target and Wootton was booked for a late challenge on Comley as the minutes ebbed away.

With just three remaining, Akintunde looked set to nod home Kelly's dinked ball but Kelly-Evans came out of nowhere to make a fantastic headed clearance from our own goalmouth.

Four minutes were added on for stoppages, in which Akintunde wasted a good crossing opportunity and McCrory made a strong block on Steer, but very little else happened before the referee called time on our first game of 2020.

Ticket details have been confirmed for our trip to Maidenhead United on New Year's Day (kick-off 3pm).

Our first game of 2020 comes at York Road and we’ve been allocated 884 tickets, with 184 for unreserved seats and the remaining 700 for spaces on the terrace.

Tickets are available on matchday with no price increases.

Tickets can be purchased through Maidenhead's ticketing website by clicking here.

Maidenhead have a limited amount of disabled seating available, which is situated in the home end of the ground.

Any supporters wishing to purchase disabled tickets are advised to call 01628 636314.

Maidenhead are inviting our supporters to join them in hospitality for the fixture.

The package, available from £30 per person, includes a reserved seat in the Main Stand alongside club officials, a complimentary drink on arrival, pre-match Shepherd’s Pie and the opportunity to pre-order half-time drinks.