We return to league action this Saturday as we look to complete the double over Woking.

Attention turned to the Buildbase FA Trophy a week ago and we booked our place in the quarter-finals of the competition with a dogged win at Yeovil, where we finished with nine men.

Now we’ll look to keep our momentum going in the Vanarama National League and build on our 3-0 win against Chesterfield a fortnight ago.

We’ve lost just one of our last 12 matches in all competitions and sit one place outside the play-offs ahead of the weekend’s action.

Three points behind us are our visitors, Woking. They’ve been sporadic of late, winning all but one of their home matches since victory over Bromley in November but struggling on their travels.

They’ve lost seven consecutive games away from the Laithwaite Community Stadium, including an FA Trophy exit at Kingstonian.

“We’ve got a points total to hit. We can’t help it if teams play in the week and we don’t so we can’t get stressed about the interchanging of league positions.

“You can’t ask for any more than what we produced at Yeovil last week – how we reacted in the second half was phenomenal.

“Any team that comes to Meadow Lane has a point to prove and I don’t expect an easy game. They’ll come here with a week of preparation and will be a lot stronger this time around." 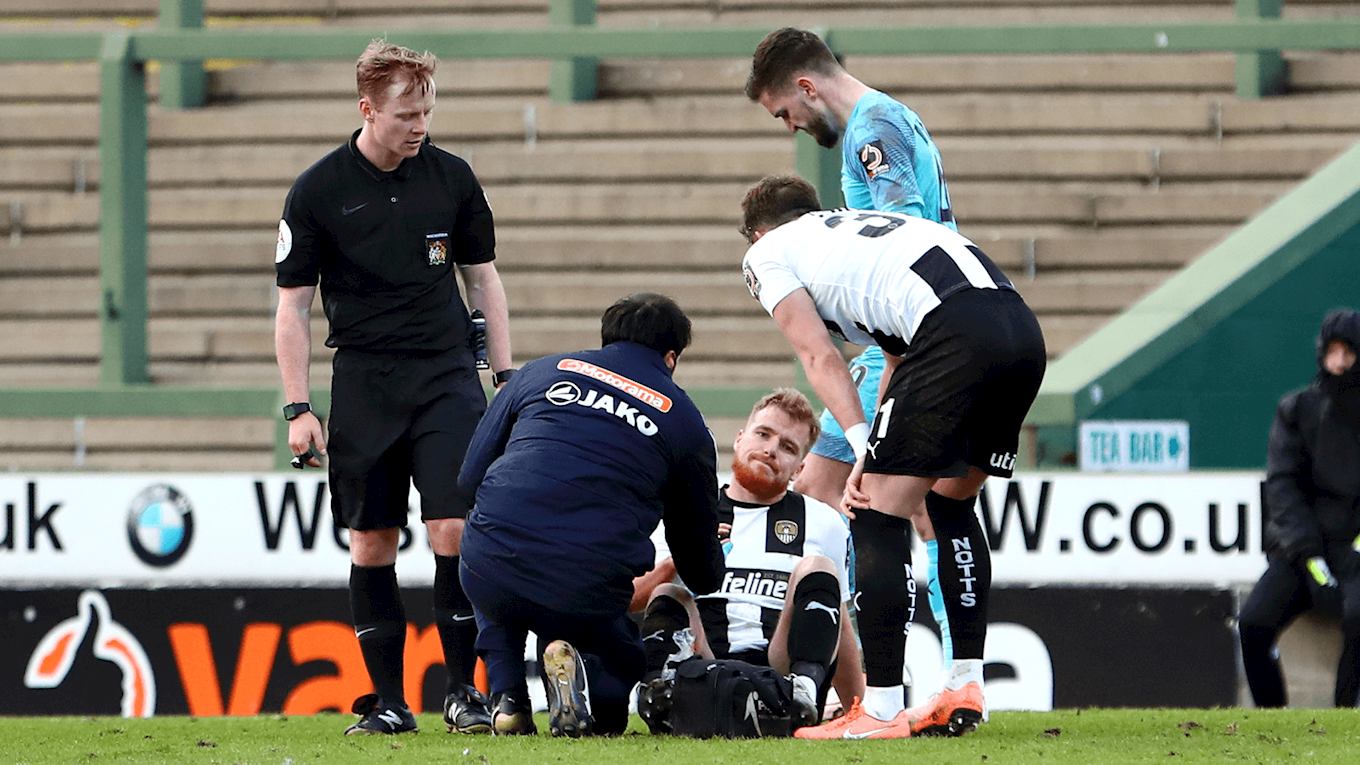 We received a welcome boost this week with news that Damien McCrory’s spell out won’t be as long as first feared, but he’s still set to miss between two and four weeks.

Joel Bagan signed on a short-term loan from Cardiff on Friday and will be in the squad.

Woking completed the signing of Charlton youngster Ben Dempsey on Monday and he could make his debut.

They’ll be without top scorer Jake Hyde who suffered a calf injury at Eastleigh in their last fixture. 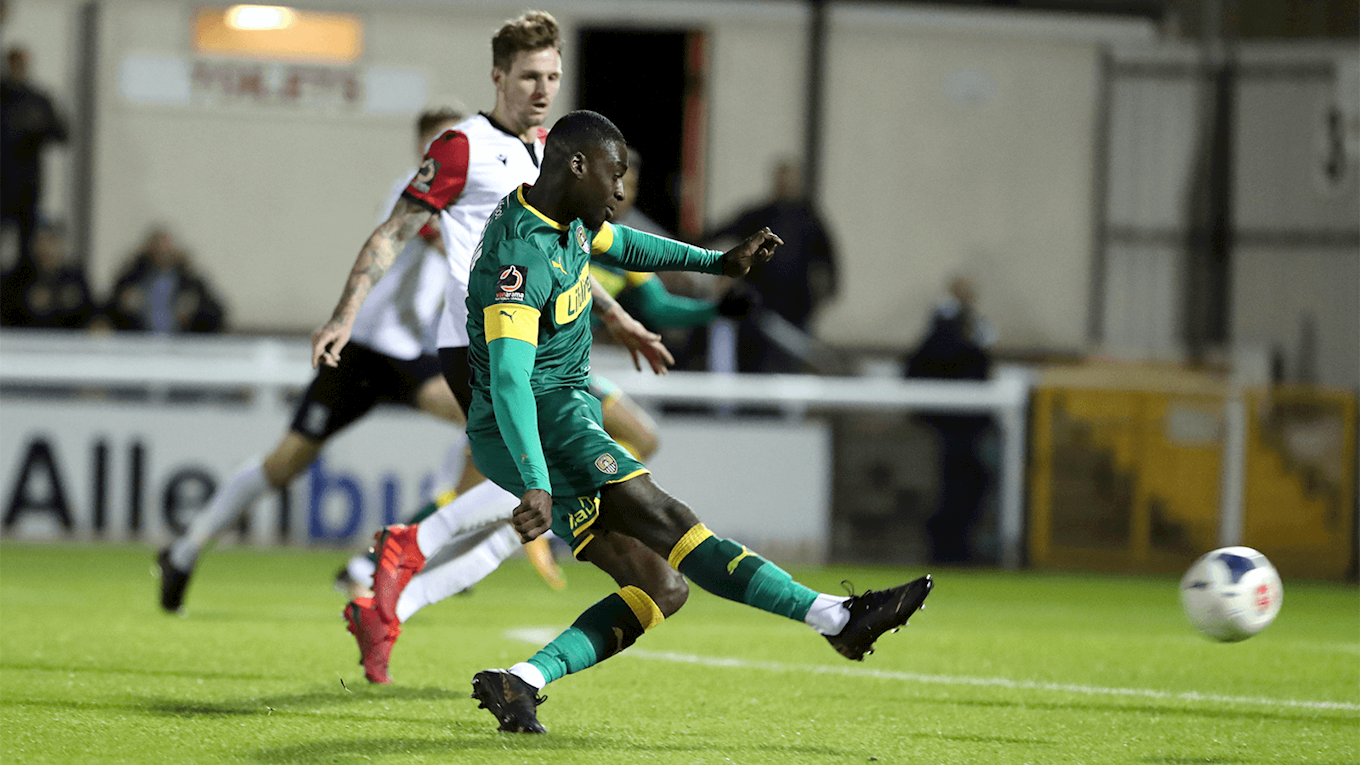 We’ve met the Cards just twice before and have come away victorious on both occasions.

The first was in an FA Cup first-round clash in 2004, when Julien Baudet and Gavin Gordon found the target in our 2-0 win.

This season’s reverse fixture saw us leave the Laithwaite Community Stadium with the points after braces from Enzio Boldewijn and Thomas. 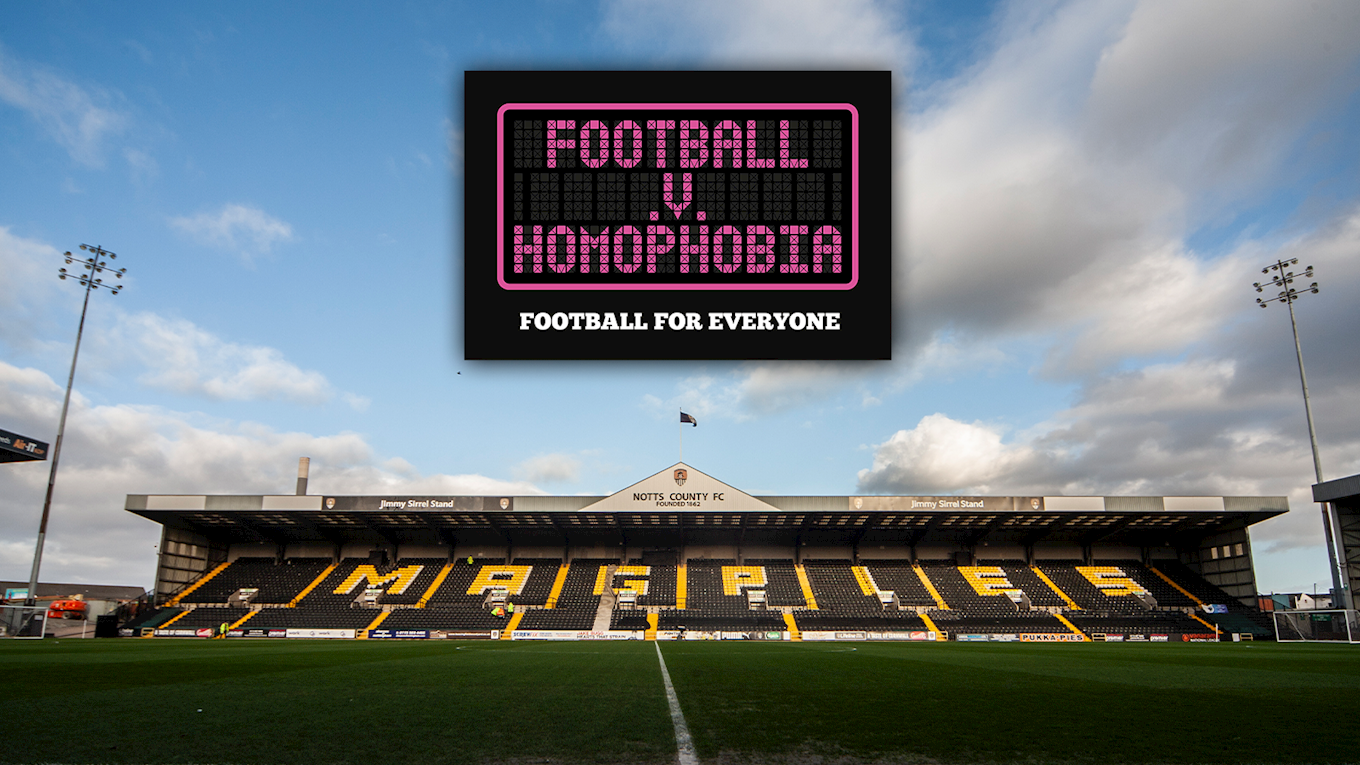 This game is our dedicated Football v Homophobia fixture and as part of the day our corner flags and captain’s armband will sport the rainbow colours.

If you've got a query this weekend you can speak to our Supporter Liaison Officer, Ian Baggott.

He will be in and around Lawton's Bar from 2.15pm and situated in the Derek Pavis Stand during the game, wearing a high-visibility jacket to make him easy to spot.

We played out a 1-1 draw with Woking during a blustery Saturday afternoon in the midst of Storm Dennis.

We had the better of the opening 45 minutes but fell behind shortly after the restart when Max Kretzschmar met a driven cross from the right wing.

Our response was good and we continued to create chances, eventually finding a way through when Kristian Dennis turned home his 12th of the season.

Neal Ardley selected a much-changed side from the one that won at Yeovil in the Buildbase FA Trophy a week earlier, with his hand forced somewhat due to an injury to Alex Lacey and Wes Thomas serving the first match of his suspension for the red card he received at Huish Park.

Pierce Bird, making his first start since August, deputised in the centre of defence alongside Connell Rawlinson, while Dion Kelly-Evans and Richard Brindley took on full-back duties.

Cal Roberts and Enzio Boldewijn returned on the flanks, with Mitch Rose back in alongside Jim O'Brien in the middle of the park.

Our front two combined for the first opening of the afternoon as Dennis played a lovely reverse pass to release Kyle Wootton in behind the Woking backline, but our top scorer could only fire straight at goalkeeper Craig Ross, who saved with his feet.

We went close again with 13 played, when an excellent passing move involving Brindley, Roberts and Dennis led to the latter receiving the ball in space on the edge of the area and looking to bend a left-footed shot into the top corner, but his effort went just past the post.

A brief spell of Woking pressure was relieved by O'Brien's smart touch on the edge of our own box and the Scot burst forwards to lead the counter, going past several Cards men before he was cynically brought down on halfway by Ben Geering, who was duly cautioned.

The visitor's lone striker, Alex Wall, had a pair of chances before the midpoint of the half but was watched closely by Rawlinson and fired straight at Joe McDonnell on both occasions.

The game settled into something of a lull as we tried to figure each other out and going route one almost did the trick on 31 minutes. Bird sent a searching ball over the top which Dennis fastened onto before picking out Roberts, who miscontrolled. The danger wasn't over, though, as O'Brien followed up and struck from range, seeing his shot deflected over.

That sparked us back into life and Boldewijn benefitted from Wootton's excellent hold-up play before seeing his own effort take a nick and go behind.

An even better defensive intervention was required to stop us breaking the deadlock on 35 minutes, when Kelly-Evans' back-post cross was nodded down in Dennis' direction by Roberts but Geering got a crucial foot to the ball.

Woking's best chance of the half fell to right back Jack Cook, who met a corner on 42 minutes but could only head over.

And the visitors were almost made to pay for that miss when O'Brien burst forward before linking with Roberts and Dennis and receiving the ball back just inside the box, but he could only lift his shot over the bar.

Roberts showed neat feet before he was brought down by Joshua Casey, who was booked as one minute of additional time was indicated.

It passed by without incident and the sides returned to their dressing rooms level following a half we'd had the better of.

The teams re-emerged unchanged but there was a swift alteration to the scoreline as Woking took a surprise lead on 50 minutes, when Kretzschmar glanced home Dave Tarpey's driven right-wing cross via the post.

Wootton was booked for a late challenge on Ben Dempsey before McDonnell was forced into a smart stop to his left after Wall found space in the area as the visitors broke.

Rose was next to have his name taken following a challenge on Kretzschmar inside the Woking half.

Roberts continued to have joy down our right flank and, shortly after his low cross had led to O'Brien's shot being blocked, he bent an inswinging ball into the box which evaded everyone and Ross had to dive to his right to keep it from nestling in the bottom corner.

Woking spurned two good chances to double their advantage as we moved into the final 25 minutes, first Cook dragged wide from the edge of the box before Dave Tarpey headed wide from Jamar Loza's cross.

But we let an even better one pass us by on 68 minutes. Boldewijn bombed forward down the centre of the field and drew a smart stop out of Ross from the edge of the area, but the ball fell for Roberts, who sliced over from seven yards out.

The wide man didn't let the miss affect him, however, instantly creating our equaliser. He continued to be a thorn in the side of Casey with his direct running and forced the defender to back-pedal, leaving him space to cross low for Wootton. The big forward set the ball back for his strike partner and Dennis applied the finish.

Roberts led the charge again on 72, this time finding Rose on the edge of the box, whose low shot was diverted off target by Wootton as we almost turned things around in the blink of an eye.

Woking served a reminder of their threat through Wall and he forced McDonnell into an excellent save low to his left after shooting across goal from a difficult angle. Cook headed wide from the resultant corner.

There were huge shouts for a penalty when Roberts went down under challenge from Moussa Diarra as he looked to meet Rose's through ball, but referee Samuel Barrott waved away the appeals.

Four minutes were added on at the end of the 90, which passed by with little incident as we earned a point which saw us climb two places to sixth.