Notts County visit Northampton Town on Saturday looking to build on the point they earned last time out.

After six Sky Bet League Two defeats on the bounce, the draw with Stevenage at Meadow Lane last weekend saw Harry Kewell’s side stop the rot and they will hope to have turned a corner.

In fact, Notts were disappointed not to win the game after leading three times but the performance suggested a victory may not be too far away.

Perhaps it will come at Sixfields, where the hosts have picked up just two points this season.

Northampton have been struggling in League Two, losing their last two games and sitting in 20th with six points.

Manager Harry Kewell and Cobblers boss Dean Austin are no strangers, having been on the coaching staff together at Watford.

“Northampton are similar to ourselves in that they shouldn’t be in the position they are and they’ve been unlucky in games.

“They carve teams open but the ball just seems to be going the wrong side of the post for them.

“The confidence is good with my players. They’ve been open and honest with me about how they have been performing and they realise that they need to take responsibility.

“Every one of them is giving their all. They want to correct any mistakes that have been made and want to win because the three points will give everyone a lift.” 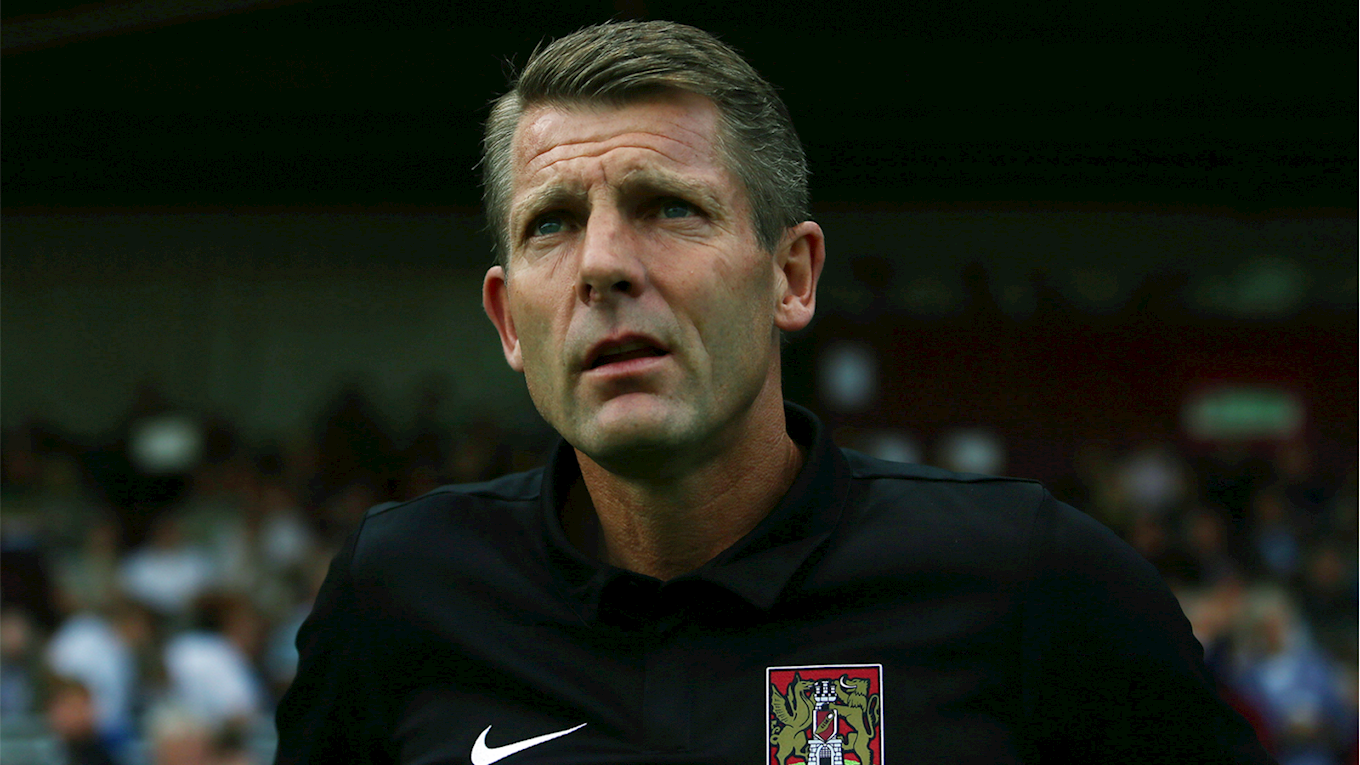 “Harry is someone I know well from my time at Watford and I know Saturday will be tough but my focus is purely on my team and getting us going.

“When you are not winning games it does dent confidence but I believe in this group and their ability to win games – at the moment it’s just more of a mental belief.

“The players are in a determined mood and I believe that they are up for the fight.” 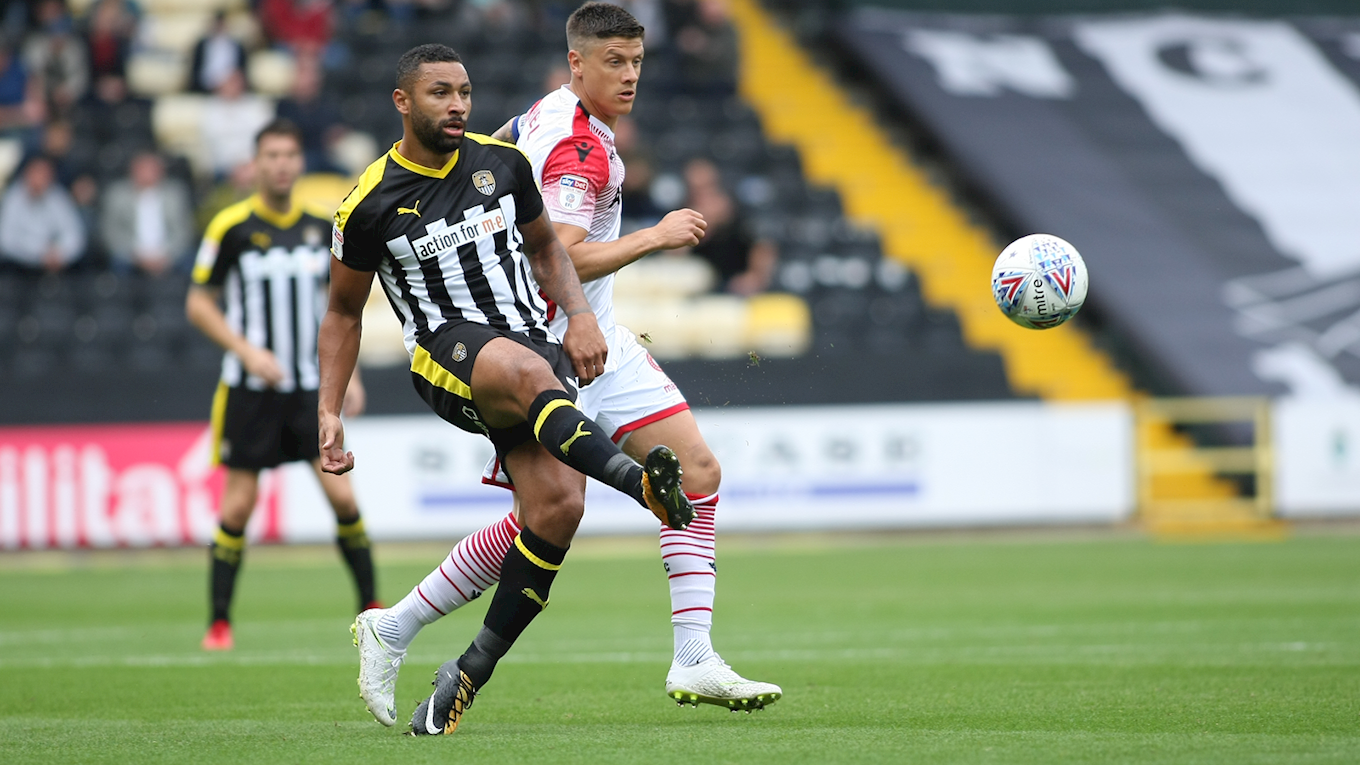 Dan Jones serves the final match of his suspension, while Richard Duffy is still side-lined for Notts.

Kewell hopes that Jamie Turley will have recovered from the rib injury which forced him off on his debut and Nathan Thomas will be pushing for a start after the birth of his first child.

Austin says he won’t hesitate to make changes and could welcome back Leon Barnett, Shaun McWilliams and Daniel Powell. 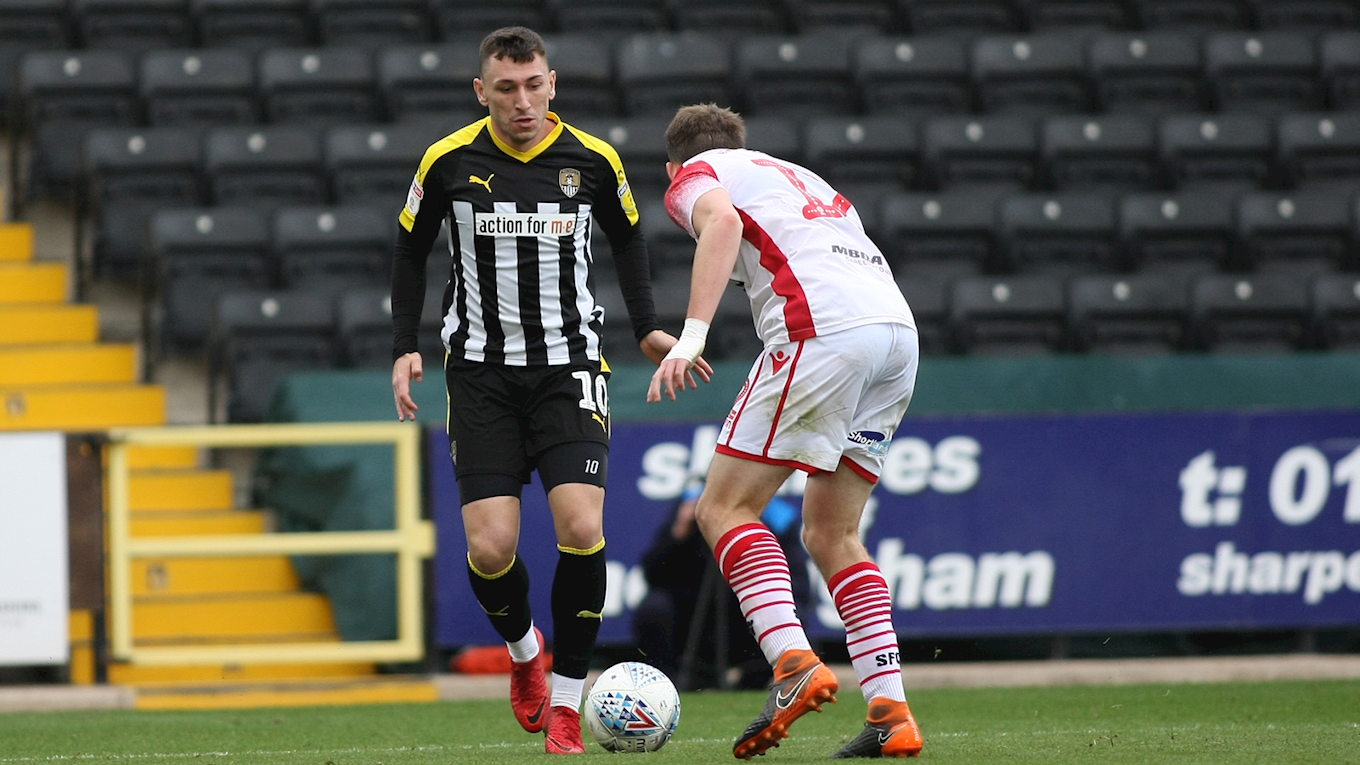 Notts have visited Sixfields just twice in the past decade, drawing 2-2 last time with Thierry Audel and Jon Stead getting the goals.

Prior to that, Ben Davies scored the only goal of the game as Notts won 1-0 on the way to being crowned champions of League Two in 2009-10.

Notts County picked up their first clean sheet since the opening day of the season as they took a point at Northampton Town.

On a damp day at Sixfields both sides had chances to claim victory but in the end they had to share the spoils.

Harry Kewell made one change to the team that played out a dramatic 3-3 draw with Stevenage last weekend, Shaun Brisley dropping to the bench and Matt Tootle stepping in.

That meant recent arrival Jamie Turley had recovered from a rib injury in time to line up alongside Elliott Ward in central defence, while Cedric Evina kept his place at left back.

Jon Stead, captaining the side once again, was selected for his 550th league appearance with Kane Hemmings his partner once more.

Left-winger Lewis Alessandra claimed the game's first shot on three minutes, cutting in from the left and striking the ball a couple of yards over.

Despite those early efforts it was proving to be a quiet opening to the match, with a booking for Cobblers captain Ash Taylor proving to be the next notable action on 21 minutes.

It came after Enzio Boldewijn threaded a lovely ball through for Hemmings, who nudged the ball away from himself just in time to win the foul from the sliding Taylor.

Northampton were struggling to break through Notts' backline but had a chance on 23 minutes when Matt Crooks latched on to a ball over the top, taking his shot early on the bounce. Ross Fitzsimons showed excellent reactions to push the ball wide with a strong left hand.

Jamie Turley was the first Notts name in the book after he caught Sam Hoskins with a flailing arm as half-time loomed.

And Notts went into the break in the ascendancy after creating two headed opportunities minutes before the whistle.

The first went to Hemmings, who just got underneath Boldewijn's cross from the right and headed the ball over.

Next up it was Stead, the ball dropping on to his head after Evina's cross had only been half-cleared. The forward tried to loop it into the far corner but could only land it on the roof of the net.

There were no changes for either side at the break and Notts had two half-chances early in the second half, Alessandra seeing a deflected effort punched out for a throw by Cobblers keeper David Cornell before Stead's tame, left-footed effort was comfortably saved.

Northampton's retort came from left back David Buchanan, who fired the ball over the angle of post and crossbar to bring a dangerous period of play to an end.

Boldewijn and Alessandra had swapped wings by this point and the Dutchman almost worked his way in from the left to score just before the hour. He played a neat one-two with Hemmings to buy himself some space in the area but could only direct his shot straight at Cornell.

Kewell's first change came on 63 minutes when Elliott Hewitt replaced Noor Husin in central midfield, but there was to be no immediate shift in the game's pattern as the sides continued to cancel each other out.

That could have all changed on 71 minutes when Hemmings brought the ball towards the Northampton penalty area before seeing his deflected effort hit the bar.

Alessandra's resultant corner caused chaos but the ball stayed out and the hosts were able to clear.

Hewitt went into the book for kicking the ball away and Leon Barnett headed a corner wide as the game entered its final 15 minutes.

And Barnett went close with another headed effort as the clock continued to tick down, this time being denied by Fitzsimons low down at his post.

The hosts were looking the more likely side to bag a late winner and they were left cursing a brilliant piece of defending by Tootle with minutes left on the clock. It came after a speedy Northampton breakaway which resulted in a hard, low cross being played into Notts' penalty area.

With a Northampton man lurking behind him and facing his own goal six yards out, Tootle did superbly to turn the ball wide of the far post with his first touch.

The game was still anyone's though, and Boldewijn tried one of his trademark efforts by cutting in from the left and firing an effort goalwards. Cornell spilled the inital effort, inviting a robust challenge from Hemmings, but held on to the ball at the second attempt.

That was to be Boldewijn's final action as he was replaced by young winger Sam Osborne, who scored two goals for the Under 23s in midweek.

Four minutes were added on at the end of the match, the first of which saw Alessandra's curling effort deflect behind for a corner in front of Notts' 640 travelling fans.

But it was so nearly Northampton's supporters who were cheering a late, later winner as Kevin van Veen spurned an excellent opportunity after bursting into Notts' area in the game's final flurry.

Tickets can be bought and collected from the away supporters' cabin.

Notts have been allocated 944 reserved covered seat tickets located behind the goal in the South Stand.

Tickets purchased on matchday are priced:

In line with Northampton’s policy, tickets for supporters with a disability and their personal assistants are available to those on any level of PIPS or DLA from the DWP.

Official away travel will depart from near the club shop on Meadow Lane at 12.15pm.