After back-to-back Sky Bet League Two defeats halted the recent run of good results, the Magpies will look to return to winning ways in front of their own fans.

Since manager Harry Kewell made the switch to Meadow Lane, Notts are unbeaten at home in the league and they will hope to extend this record with the Robins in town.

The visitors are enduring their worst spell of the season – without a win in six games, losing three of them, and dropping to 15th in the table.

Swindon have scored just once during this run of results and lost to Cambridge Town on Tuesday night – the U’s first win since the beginning of September. 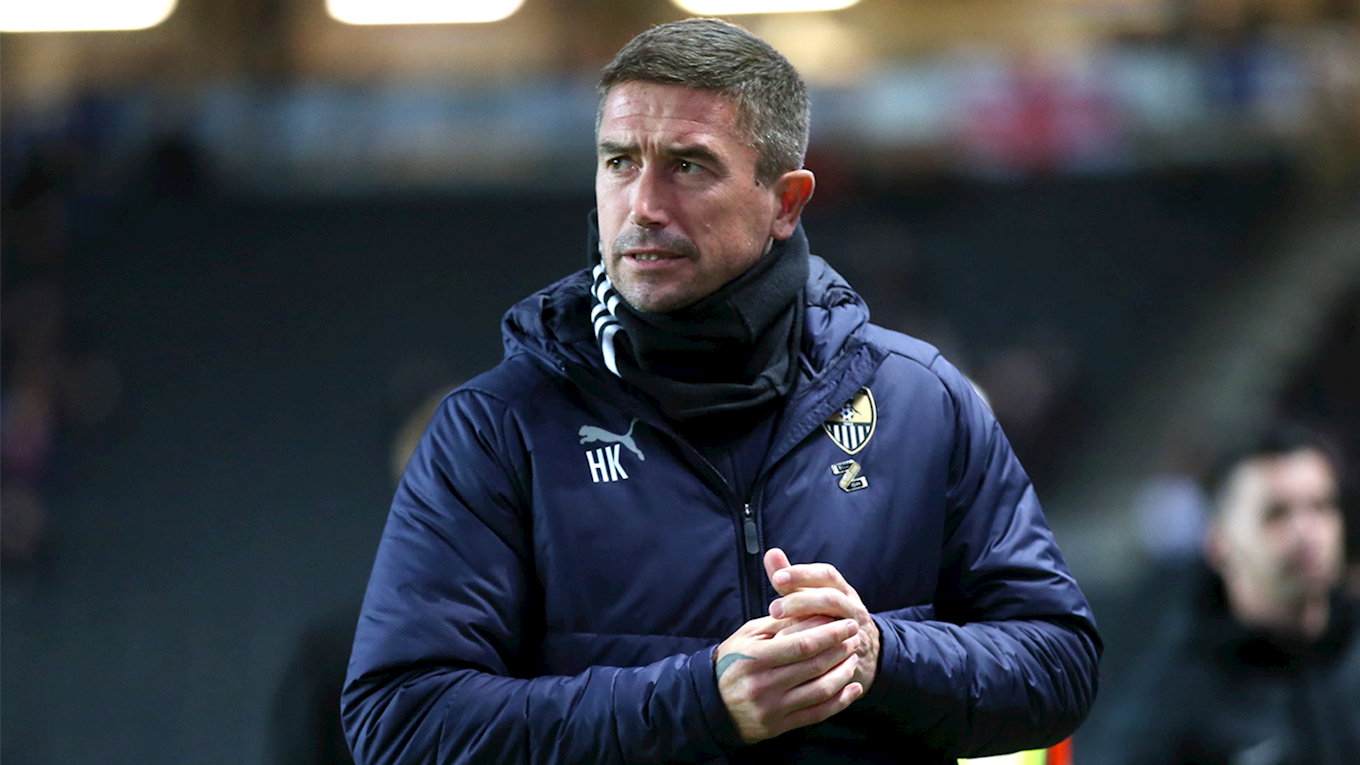 “In this league every match is dangerous and it doesn’t matter what someone’s form is like because you don’t know what you’ll get from any team on their day.

“We performed well against MK Dons and if we do that consistently we will win more games than we lose or draw.

“Swindon are going through a bad spell but that means they will be right up for Saturday’s match and ready to correct their form.

“Both of us are coming off a loss, but we both want to play the right way so it will be interesting to see who can hold their nerve best.”

“You know that a Harry Kewell team will look to pass it, be well organised, and have pace and quality players.

“He likes to play open, expansive football and my boys will be well-versed in what they are going to face on Saturday afternoon.

“We have a great group of players who are very supportive of me, the backroom staff, the job in hand and each other.

“When that first goal goes in, it will lift the pressure that the lads are playing under.” 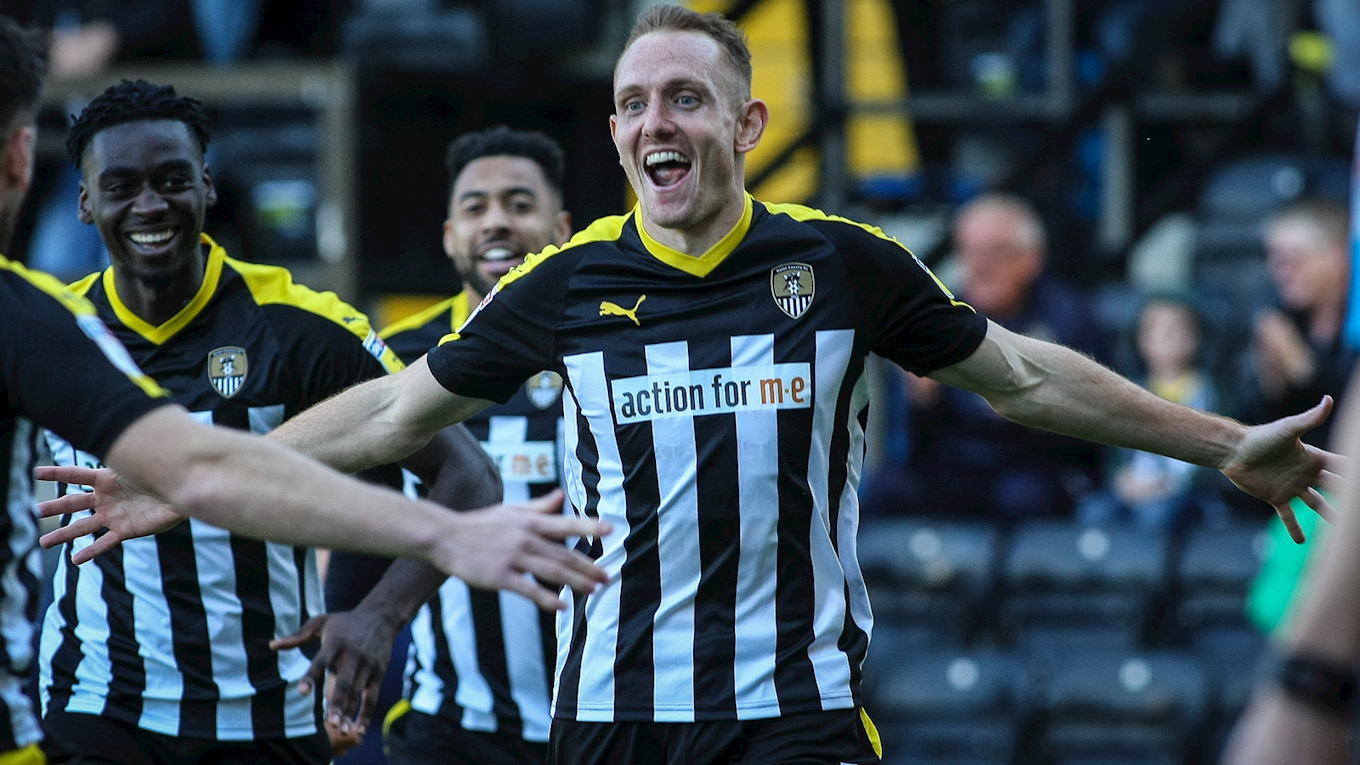 Jamie Turley has had his red card from midweek rescinded, so he is likely to line up in the heart of the Notts defence.

Rob Milsom is available for selection again after completing his three-match suspension, while Richard Duffy returned to training on Friday – though Saturday’s game will come too soon for him.

Swindon midfielder Michael Doughty is rated 50/50 after he limped off in the opening 10 minutes of Tuesday’s defeat with a laceration on his ankle. 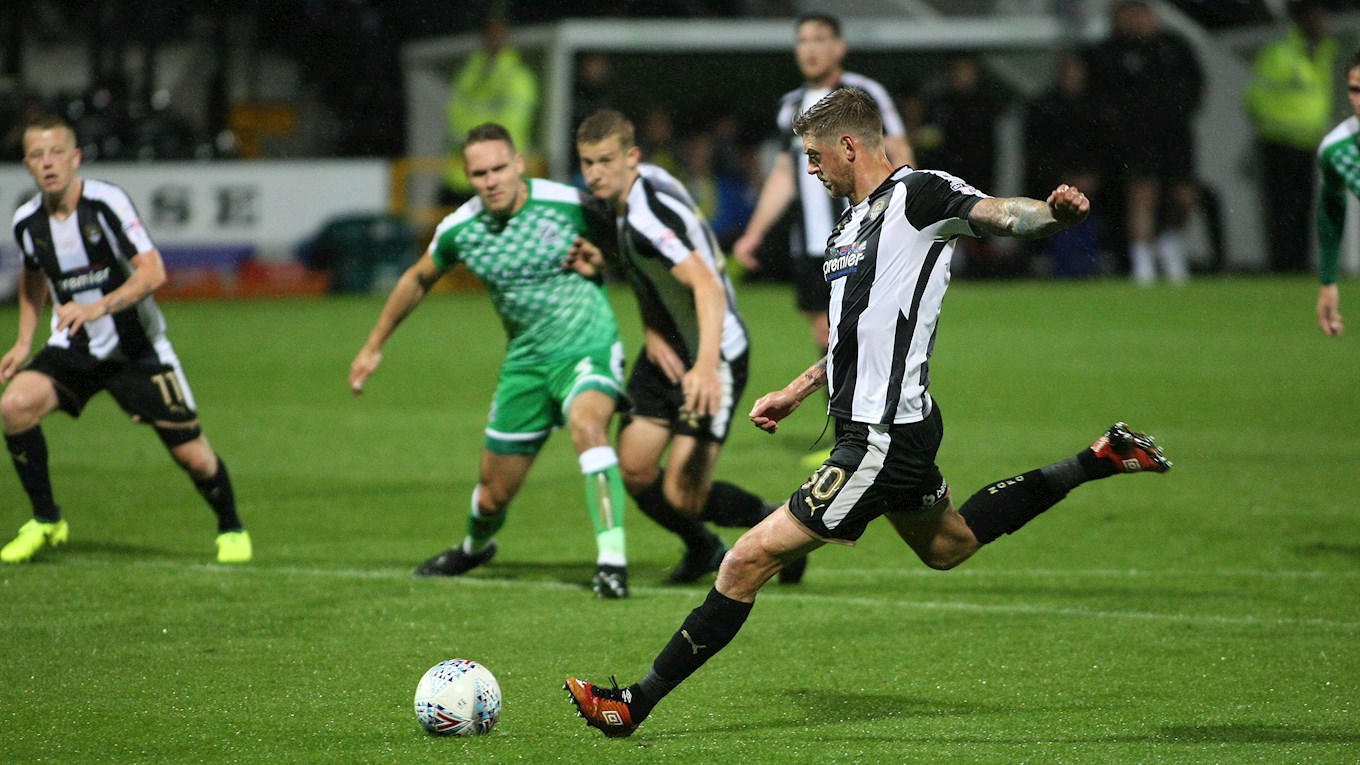 Swindon won by the same scoreline in the corresponding fixture at the County Ground thanks to Luke Norris’ goal shortly after half-time.

Swindon Town came from behind to win 2-1 against Notts County at Meadow Lane.

In a similar story to Tuesday night's trip to MK Dons, the Magpies were comfortably leading 1-0 at half-time thanks to a good finish from Kane Hemmings.

But they failed to turn their dominance into more goals and, after Steven Alzate had scored an unlikely equaliser, a Jamie Turley own goal gave the visitors a win no-one could have foreseen half an hour earlier.

Harry Kewell made one change to the side that travelled to Milton Keynes on Tuesday night.

There was plenty for visiting goalkeeper Lawrence Vigouroux to do in the opening exchanges as the keeper had to push a Hemmings effort away from his top corner before welcoming a low Lewis Alessandra effort into his clutches.

Enzio Boldewijn then saw a shot deflect narrowly wide shorlty before Hemmings was denied a clear shot at goal by a last-ditch challenge in the area.

Jak McCourt mustered the visitors' first shot on 13 minutes, sending the ball over, before the Swindon man found himself in the book after fouling the lively Boldewijn.

Alessandra, once again occupying a central midfield role, fired over on the half-volley, Vigouroux pushed a low Jon Stead curler behind and Matt Tootle hit an effort over following an excellent team move as Notts continued their assault on the Swindon defence.

But Swindon could have taken an unlikely lead on 38 minutes when Martin Smith headed over from a corner.

That opportunity came shortly after both Elliott Ward and Milsom had made excellent blocks to deny the visitors.

But their hopes of turning the game in their favour were dashed with half-time approaching, Hemmings getting across his man at the near post to turn home Cedric Evina's excellent cross form the left.

Frustration told for Swindon's Sid Nelson, who wrote his name into the referee's notebook for shoving Elliott Hewitt off the ball after the midfielder had playfully kept hold of it after a foul had been given. The Welshman had his own name taken for his input.

And that was the final action of a largely dominant first-half display from the Magpies, who unsurprisingly returned to the field unchanged.

James Dunne led the Robins' charge for an equaliser, landing a curling effort atop Ross Fitzsimons' net, before Notts regained control of the match.

Hemmings was denied a second by an excellent defensive block after latching on to Turley's fantastic pass.

It was bodies on the line stuff for Swindon, who had Nelson to thank for crucially intercepting a Boldewijn cross minutes before Olly Lancashire threw himself in front of Stead's effort.

Tootle was next to give the Town defence a headache, forcing a good save from Vigouroux with a long range effort shortly before Milsom saw yellow for a foul on halfway.

Tootle then crossed for Hemmings, who put a first-time effort wide, before the right-back's afternoon was curtailed by a knock. Vaughan replaced him and Hewitt moved to full-back.

Swindon needed to change the game's flow and boss Phil Brown turned to Alzate for inspiration, sending him on in place of McCourt.

And the Brighton loanee did exactly what his manager wanted as, within three minutes of entering the fray, he weaved his way to the edge of the area before finding the bottom corner with a low effort.

Hemmings had a golden opportunity to restore Notts' lead shortly afterwards, receiving the ball in an excellent area thanks to terrific wingplay by Boldewijn but seeing his effort blocked. The ball looped back to the forward but he could only nod it harmlessly over the bar.

The game was anyone's as time ticked on, Stead sending a speculative half-volley off-target as the skipper tried to fire his side back in front.

But the next goal went the way of the visitors in fortuitous fashion with 80 minutes on the clock, Matty Taylor's fierce cross from the left forcing Turley into an attempted clearance. Unfortunately, the pace on the ball meant the defender could do nothing but turn it beyond Fitzsimons for an own goal.

Nathan Thomas replaced Evina with the brief of sparking a Magpies recovery and the Teessider won a free-kick in a dangerous position with six minutes left. He took responsibility for the set piece but could only find the wall.

Four minutes were added on at the end of the match, during which substitute Keshi Anderson skipped away from Thomas down the left before fluffing his lines when attempting to cross from the near post.

Boldewijn then saw an effort blocked inside the area before Kristian Dennis replaced Milsom in Kewell's last throw of the dice.

But there was to be no recovery from a shellshocked Notts as the Robins claimed a smash-and-grab victory.

Notts are offering discounted tickets to members of the British Armed Forces for the game against Swindon Town.

The match on Saturday 27 October (kick-off 3pm) is the Poppy Appeal fixture at Meadow Lane and troops can pick up two tickets for £10.

Anyone claiming the discount is required to produce their Forces ID when making a purchase, or when they collect tickets after buying them over the phone.