Notts County host Carlisle United on Tuesday night in the last match before Neal Ardley takes over the reins.

Steve Chettle will be hoping to bow out of temporary charge with a win and end the Magpies’ run of seven Sky Bet League Two games without victory in the process.

They came close to it at the weekend, with Kevin Ellison netting a late equaliser to deny Notts three points at Morecambe and the side will hope to pick up a long-awaited three points against the Cumbrians.

Carlisle have been an unpredictable side throughout the season, winning eight and losing nine of their matches which leaves them 11th in the table.

Defeat at home to Forest Green on Saturday followed back-to-back successes against Newport and Swindon and leaves them five points outside the play-offs.

The Cumbrians boast the fourth best away record in the division, with five of their wins coming on the road, and are managed by former Notts boss John Sheridan. 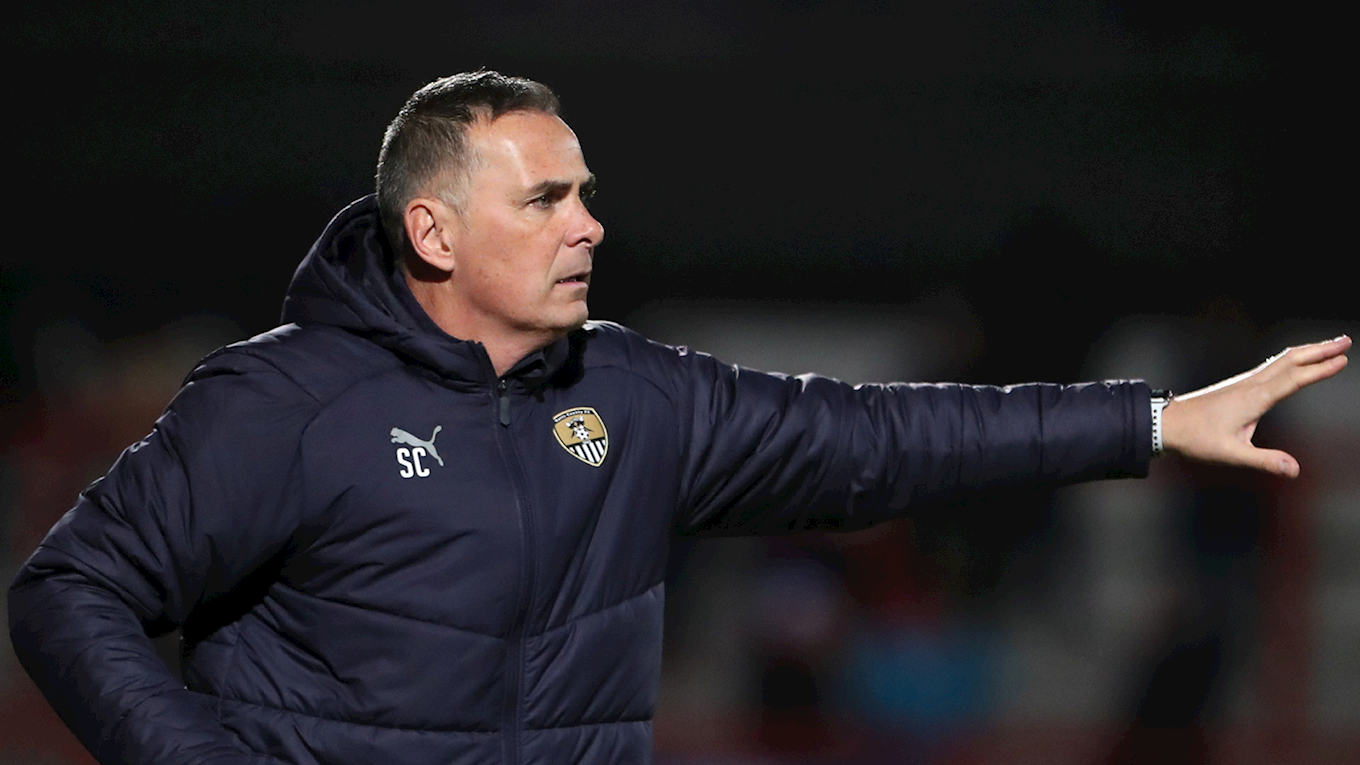 “The longer you go without winning, the more apprehensive you get and the pressure builds so we need to get over the line.

“It’d be great to get one win under our belts and even better to get three or four so hopefully we get started with the first one tomorrow.

“We need a victory by hook or by crook and I’d take a dirty, scrappy 1-0 win to start us off.

“Carlisle are very good away from home. They’re compact and they break as a group but we know what to expect and have plans to counteract them.” 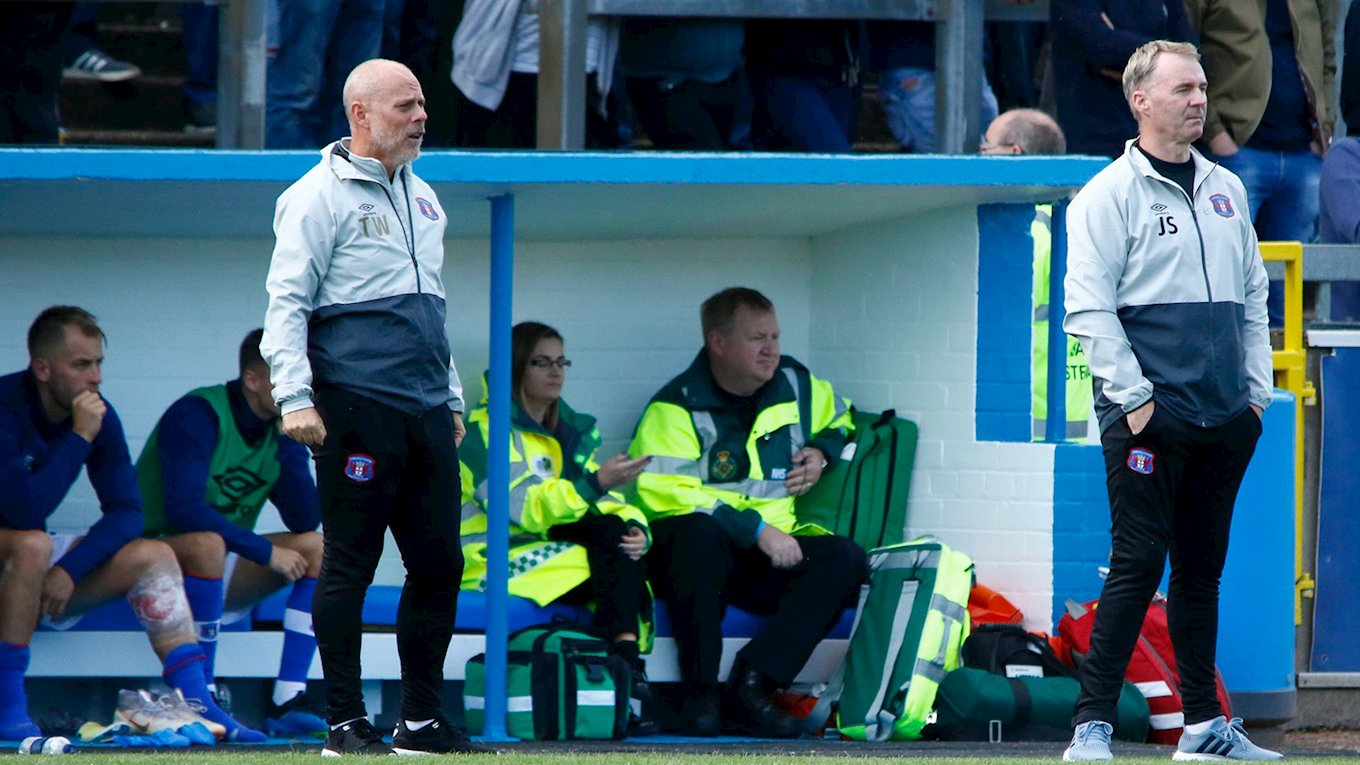 “It's been a tough period for Notts and they won't be happy with where they are but I’ve seen them play and know they are a good side. We won’t be taking anything for granted.

“Neal will come in with his own ideas on what needs to be done going forwards and, with the quality of players they have, they will be a match for anyone in this division.

“We respect them but it’s more about concentrating on ourselves and what we do.

“We'll be looking to get the points for our own reasons and to keep our own good run of away form going.”

Enzio Boldewijn awaits the results of a scan on the knee problem that forced him off 10 minutes into Saturday’s match while Lewis Alessandra will be absent again.

Jon Stead and Kane Hemmings have trained this week and will hope to prove their fitness in time to be included.

Former Notts goalkeeper Adam Collin is likely to start between the sticks for Carlisle, while ex-Magpie Gary Liddle is expected to line up in the heart of defence.

Striker Ashley Nadesan has found the net seven times so far this campaign while Jamie Devitt has five goals in his last four games in all competitions. 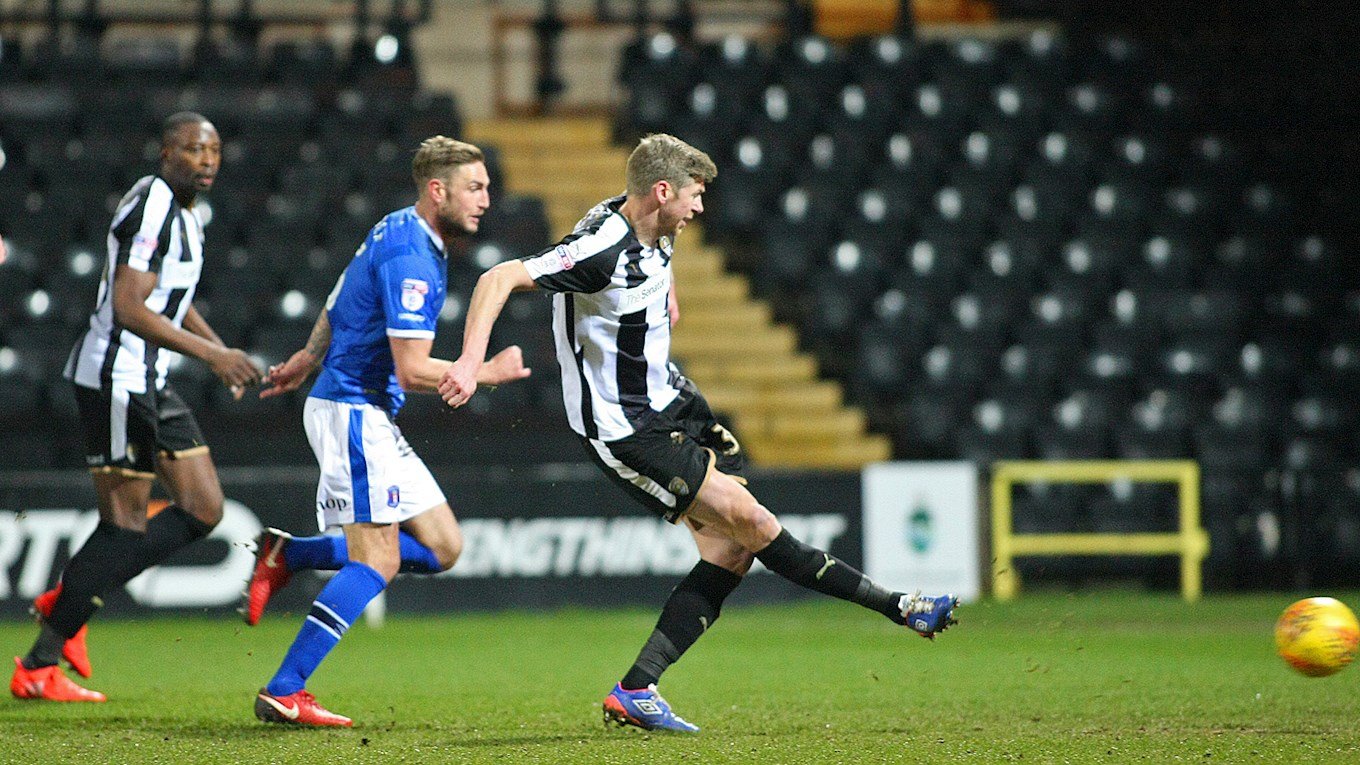 Jon Stead netted a brace in February with Devitt pulling one back for the visitors 15 minutes from time.

Notts County were left to rue another late equaliser as they played out a 1-1 draw with Carlisle United at Meadow Lane.

Elliott Hewitt looked like he was going to be the matchwinner after firing home in the second half.

But Jerry Yates levelled things up in the dying minutes to earn the Cumbrians a share of the spoils and keep the Magpies in the bottom two.

Steve Chettle made one change to the team that drew at Morecambe on Saturday as Enzio Boldewijn, who hobbled off with a knee injury in that match, made way for Noor Husin.

And the Afghanistan international nearly had an opportunity to give his side an early lead when good work from Nathan Thomas led to him cutting the ball back for his fellow midfielder, only for a defender to intercept well.

Ross Fitzsimons made saves from Jamie Devitt and Hallam Hope and Thomas' superb low cross evaded everyone in the middle as the sides jostled for early superiority.

And Devitt and Hope both went close to giving the Cumbrians the advantage shortly afterwards, the former whistling a free-kick just over the bar before the latter's first-time effort was held well by Fitzsimons.

Dennis sliced an effort wide from the edge of the area and Hope saw a shot deflected behind as the clock ticked down towards half-time.

But there was to be no breakthrough before the referee's whistle went.

There were no changes at the break and the visitors claimed the second half's first shot, Ashley Nadesan scuffing an attempt harmlessly off-target from just outside the area.

Hewitt then sparked Notts into life with a superb run through the heart of midfield before perfectly weighting a pass for Thomas. The winger had time to compose himself before shooting, seeing his low effort blocked by the legs of former Magpie Adam Collin.

Turley's header from the resultant corner was kept out at point-blank range before, at the other end, Regan Slater lashed an effort wide from 20 yards.

But the deadlock was eventually broken on 63 minutes - and it came courtesy of another Hewitt lung-buster, the Welshman winning a corner after making purposeful strides into Carlisle territory.

The resultant set piece saw a Husin effort blocked but Hewitt was on hand to pick up the scraps, firing the ball home from close range.

Fitzsimons then made two strong saves from Yates, the first at his near post and the second following a deflection, as the visitors commenced their search for an equaliser.

Hope was the next man to have a go, guiding an effort wide of the far post, before Hewitt wrote his name into the book for deliberate handball as he tried to turn home Thomas' cross.

It was then Dan Jones' turn to whip in a dangerous delivery but Kristian Dennis, under the close attentions of two defenders, could only nod the ball straight at Collin from six yards.

Notts looked like they were heading for a big win but Yates, it turns out, had other ideas. A superb cross from the left tempted Fitzsimons off his line but Yates was first to the ball, nodding it home to draw his side level with six minutes to play.

Andy Kellett replaced Thomas, joining Shaun Brisley on the field after he had earlier replaced Husin, shortly before four minutes were added on at the end of the match.

But neither side were able to find a winner as Notts were forced to settle for a point for the second consecutive game.

Bring a friend for free!

This is the fourth of 10 Bring a Friend fixtures for season ticket holders, who can redeem the voucher included in their pack at the club shop.