Notts County play their first away game of the season on Saturday, facing Cambridge United at the Abbey Stadium.

After a goalless draw with Colchester at Meadow Lane in the season opener, the Magpies are looking to secure their first win of the campaign and inflict a second successive defeat on the hosts.

Cambridge’s season got off to a slow start as they were beaten 3-0 at Port Vale on the opening day, so they will be looking for a vast improvement.

With County touted as likely promotion candidates in pre-season, they will be looking to put down a marker to the rest of the division with a win on the road, but it is unlikely to be straightforward.

The U’s lost just five home games in League Two last season and are looking to extend their seven-game unbeaten run against the Magpies. 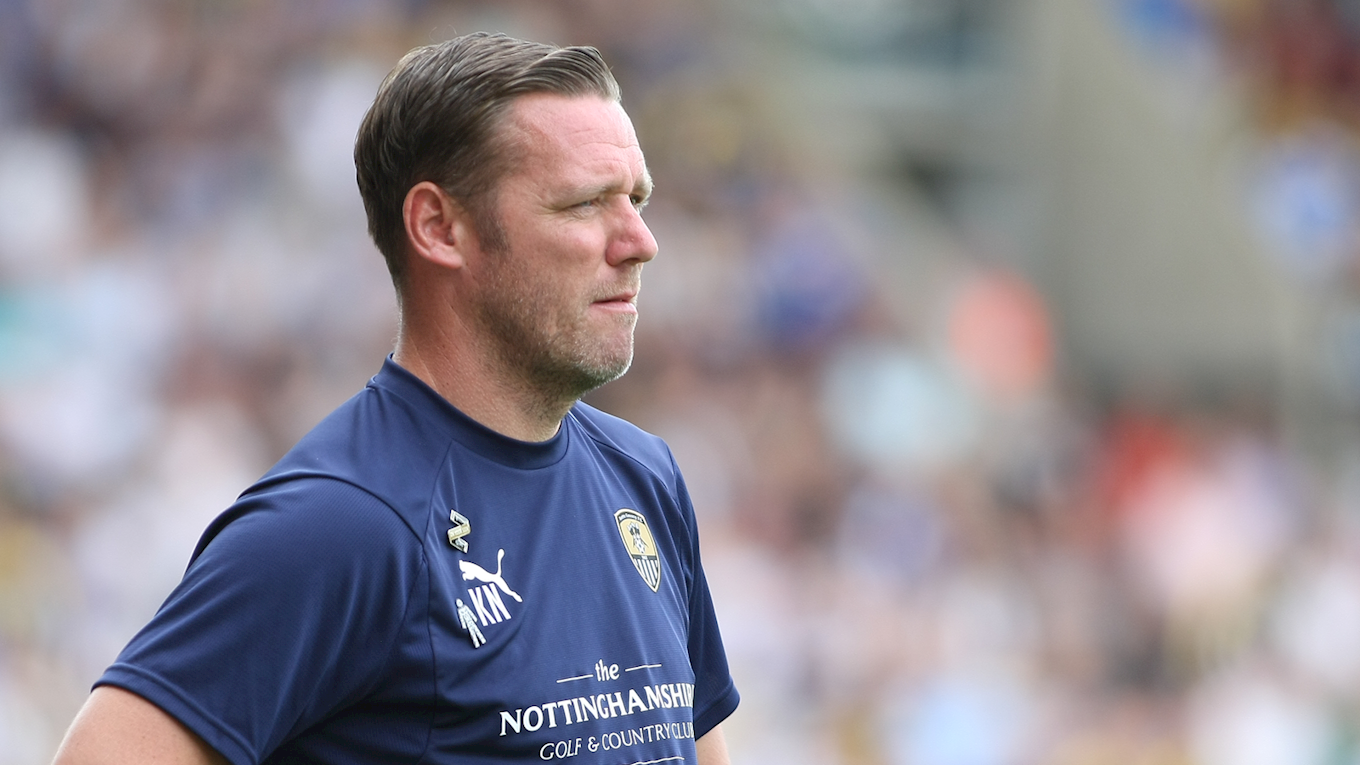 “We’re definitely hindered by their start to the season because they’ll want to turn that round and no two games are the same.

“They’re very strong at home and have been for a number of years now. That’s where they’ve picked up the majority of their points and it’s been a big part of them comfortably staying in this league.

“We know it’s going to be tough but we’ve got to make sure we match them and remain patient so that we can break them down.

“We’re a team in transition and no one can expect things to change overnight but there’s much more to come from us.” 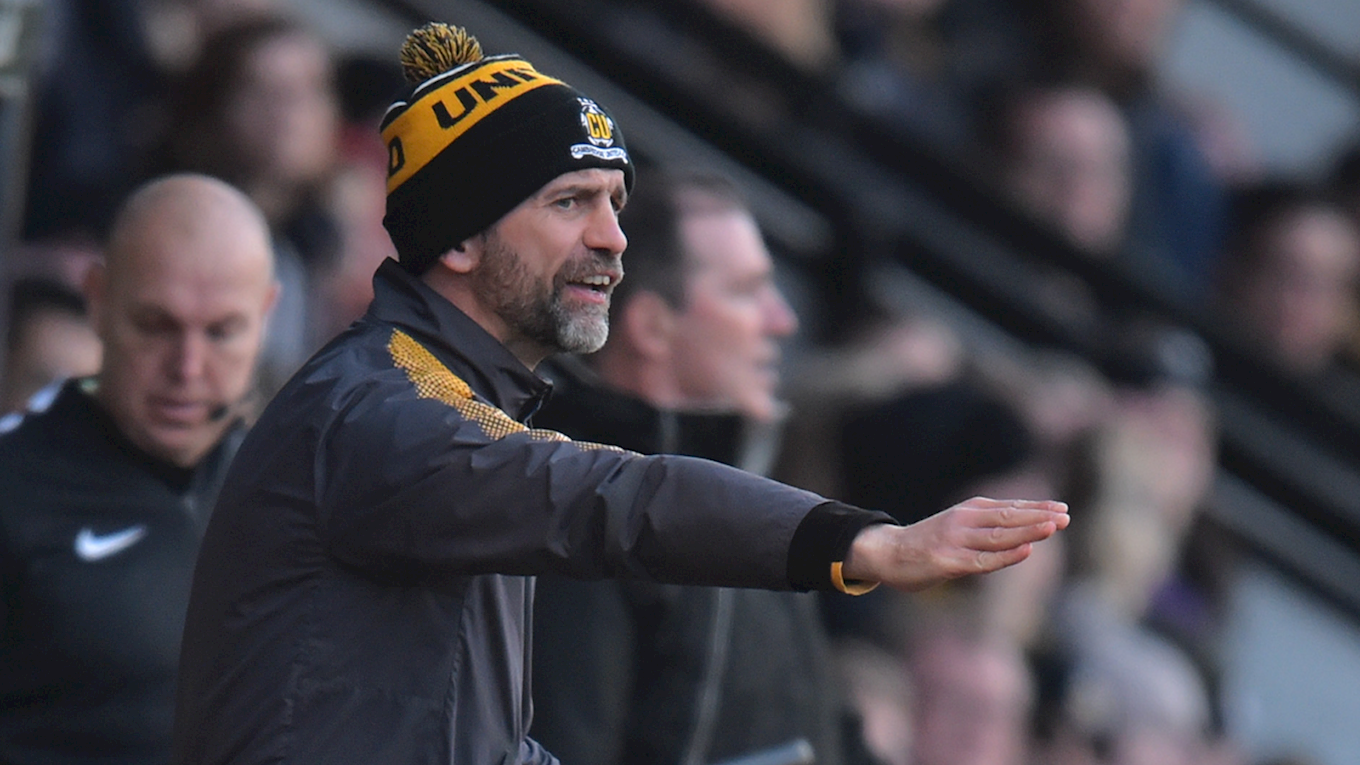 “Notts County were there or thereabouts last season and will be expecting to be there again this year.

“There was a bad feeling in this group after last week’s result, but we’ve talked about how losing one game isn’t the end of everything.

“Now I’m looking for us to get out there and compete against a good outfit because it’s still the beginning of the season.

“We know we’re better than we showed last week and when we’re at it we can be a good side in this league.”

Nolan hopes to have the majority of his players available for Saturday, with Christian Oxlade-Chamberlain still absent but making good progress in his recovery from a broken leg.

Andy Kellett has trained all week and the boss is hoping that Ben Hall will recover from a groin strain to take a place in the squad.

Dunne says his Cambridge side lacked identity last week and is pleased to welcome back Brad Halliday and Jabo Ibehre after both missed the opening-day defeat to Port Vale.

The U’s have had George Maris training with the squad all week after his proposed move to Rotherham failed to materialise but the game comes too soon for Jevani Brown and Harrison Dunk. 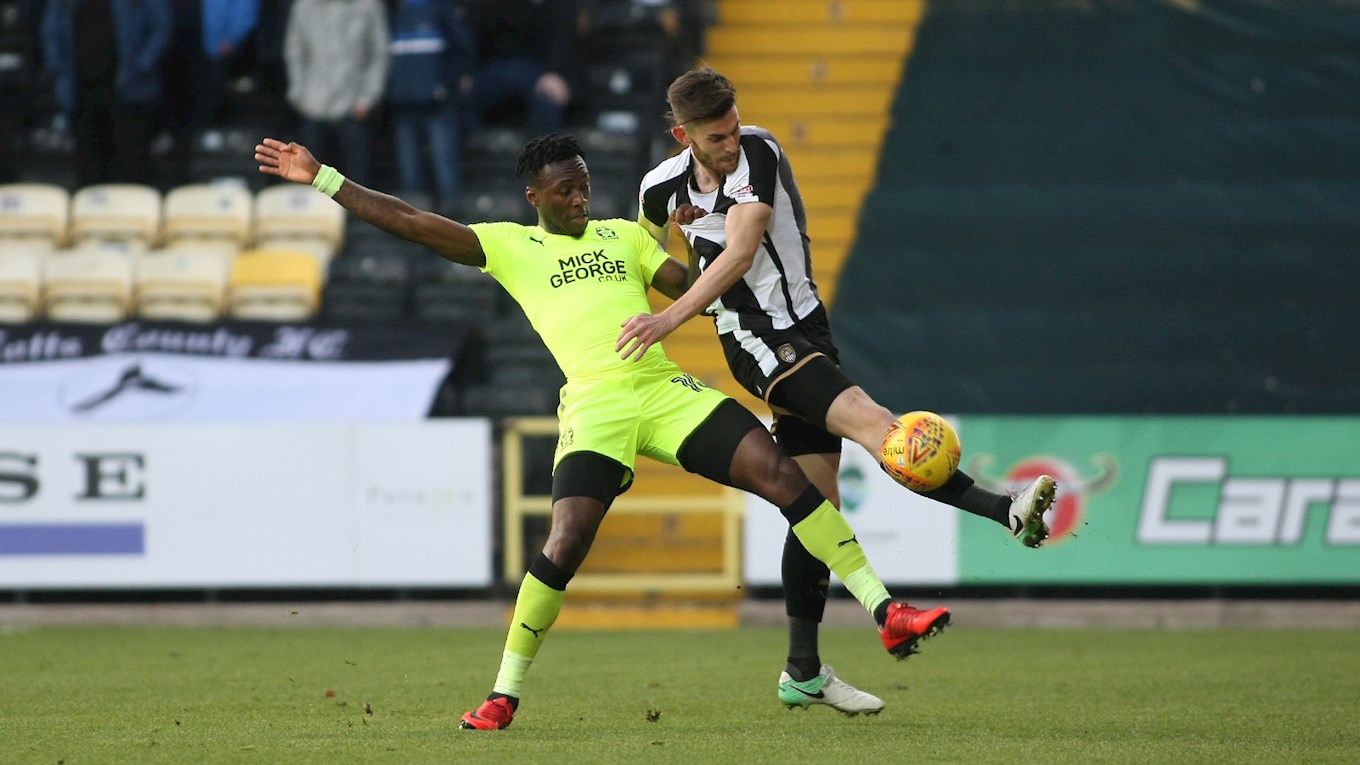 Notts were beaten 1-0 when they travelled to Cambridge last season, where Medy Eito scored the only goal of the game.

At Meadow Lane, Notts came from three goals down inside the last 20 minutes to earn a point last season.

Lewis Alessandra kick-started the comeback in the 74th minute before late goals from Shaun Brisley and Jonathan Forte earned a point for the Magpies.

Notts last beat Cambridge in 2004 when Matty Williams and Chris Palmer scored either side of Shane Tudor’s goal to secure a 2-1 win.

Notts County were on the wrong end of a 3-2 thriller at Cambridge United's Abbey Stadium.

The Magpies had taken the lead through a first-half wonderstrike from Enzio Boldewijn but two goals from Ade Azeez after the break put the hosts ahead.

Richard Duffy equalised from a corner and Notts had a number of opportunities to retake the lead.

But, in second-half stoppage time, Barry Corr headed the ball home from a corner to give his side the victory.

That meant Jon Stead continued alongside Kane Hemmings up front, while Boldewijn and Nathan Thomas again started down the flanks after making their debuts the previous week.

The only changes came on the bench, with new signing Andy Kellett recovering from a calf niggle in time to be included alongside young defender Pierce Bird. Wolves-bound Dongda He and loanee centre back Ben Hall were the men to make way.

Notts claimed the first shot of the day when Boldewijn’s effort was blocked following good hold-up play by Stead.

A minute later, Stead had a chance of his own when he latched on to Dan Jones’ low cross at the near post, turning the ball narrowly wide.

Thomas curled an effort over the bar from 20 yards as the Magpies continued their pressure on the hosts’ goal, with Ross Fitzsimons remaining untested until the 16th minute when he made a comfortable save from Azeez’s tame header.

Azeez could well have fired his side ahead on 22 minutes when he was picked out at the back post. His chest control let him down, though, and Fitzsimons gathered the ball to quell the danger.

It would have been an injustice to have seen Notts behind after making such a strong start to the game and Boldewijn soon set about giving his side the goal they deserved.

Receiving the ball down the left, having swapped flanks with Thomas earlier in the half, he skipped inside his man and unleashed an unstoppable effort across goal and into the far top corner.

Notts pressed for a second and drew a booking for Jake Carroll, who hauled back the marauding Matt Tootle as he progressed down the right.

And the Magpies saw out the rest of the half comfortably, but for a Harry Darling effort which rolled wide of Fitzsimons’ post.

There were no substitutions at half-time but there was an immediate change to the game’s complexion as the hosts restored parity within a minute of the restart.

A ball around the back caused confusion between Fitzsimons and his defence and, with the keeper stranded, Azeez stole in to roll the ball home.

Notts nearly squeezed themselves back into the lead on the hour mark when Thomas’ cross-cum-shot was just kept out by Cambridge keeper Dimitar Mitov at his near post.

But, a minute later, the game was turned on its head when Azeez grabbed his second after being threaded into the area. Shaun Brisley slid in to make a heroic challenge but Azeez managed to retain control of the ball before sliding it coolly beyond Fitzsimons.

It had been a frantic start to the second half and the scores should have been level after Boldewijn made a barnstorming run down the left and cut the ball back for Stead in the middle. The frontman curled it inches wide of the post with his left foot.

That was to be Stead’s final action of note as he made way for Kristian Dennis, shortly before Tootle came off for Noor Husin. Elliott Hewitt dropped to right back.

Husin nearly claimed a lovely assist when he threaded a pinpoint pass in to Dennis, who saw his effort well blocked. The ball rebounded up for Hemmings, who struck it narrowly wide from just inside the area.

You could sense the game was far from beyond Notts’ reach and, after Husin had seen a goalbound free-kick pushed behind for a corner, they had their equaliser.

Thomas floated in a teasing delivery which Cambridge couldn’t clear and Duffy was on hand to nod the ball home from a yard out.

The Magpies were back on the front foot and there was another half-chance for Dennis when Hewitt floated a cross to the edge of the six-yard box. The summer signing could only nod the ball over under pressure.

Kellett’s twinkletoes set Hemmings up for another chance with two minutes of normal time remaining but the forward saw his effort blocked by an onrushing defender. Notts’ penalty appeals were waved away.

And Hemmings was in the spotlight again seconds later, latching on to Brisley's flick-on five yards out but blazing the ball over with the keeper stranded.

If the Magpies were ruing their missed chances then, they were doing so even more seconds after six minutes had been added on at the end of the second half and the hosts retook the lead.

Substitute Corr got the goal, stooping at the back post to meet a corner with a header which crashed off the turf and bounced up into the roof of the net.

The hosts fired an effort just wide and Husin saw a strike blocked on the edge of the area as the sides continued to trade chances.

But there was to be no Notts recovery as Nolan's men tasted defeat for the first time in 2018-19.

Tickets for Notts County’s Sky Bet League Two trip to Cambridge will be available from the Abbey Stadium on matchday.

Supporters who chose to collect their tickets will be able to do so at the windows off Newmarket Road.

Tickets purchased on matchday are subject to a £2 increase, with the exception of under fives'.

Notts have been allocated 1,433 unreserved covered seat tickets located behind the goal in the South Stand.

Tickets purchased at the Abbey Stadium are priced:

In line with Cambridge’s policy, tickets for supporters with a disability and their personal assistants are available to those on any level of PIPS or DLA from the DWP.

Wheelchair disabled supporters should obtain tickets in advance from Cambridge United by calling 01223 566 500. They are priced £15 for the disabled supporter, with a personal assistant ticket issued free of charge.