The Magpies are seventh in the Sky Bet League Two table after the opening four games, while Vale are 21st following three successive defeats.

With a first away win of the season obtained at Wycombe on their travels last time out, Notts will be looking to keep momentum rolling in their bid to climb into the top three. 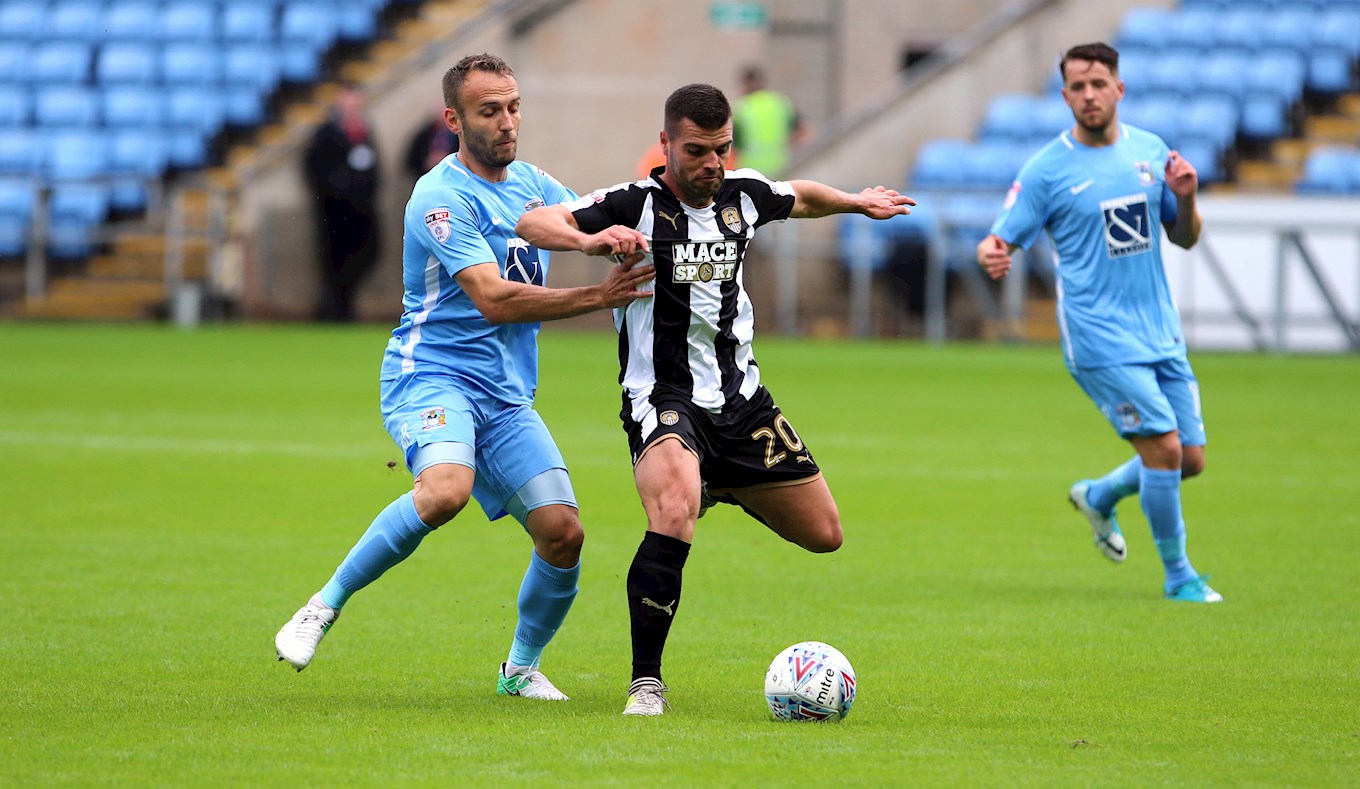 Nolan will be without midfielder Liam Walker, who is on international duty with Gibraltar, and Matt Tootle, who serves a one-game suspension following his red card against Accrington Stanley last weekend.

Vale lost striker Rekeil Pyke to injury in the Checkatrade Trophy match against Oldham Athletic with a hamstring problem.

Rob Lainton and Tyrone Barnett remain sidelined but Brown could hand debuts to Harry Middleton and Tom Anderson after adding the duo to his squad earlier this week. 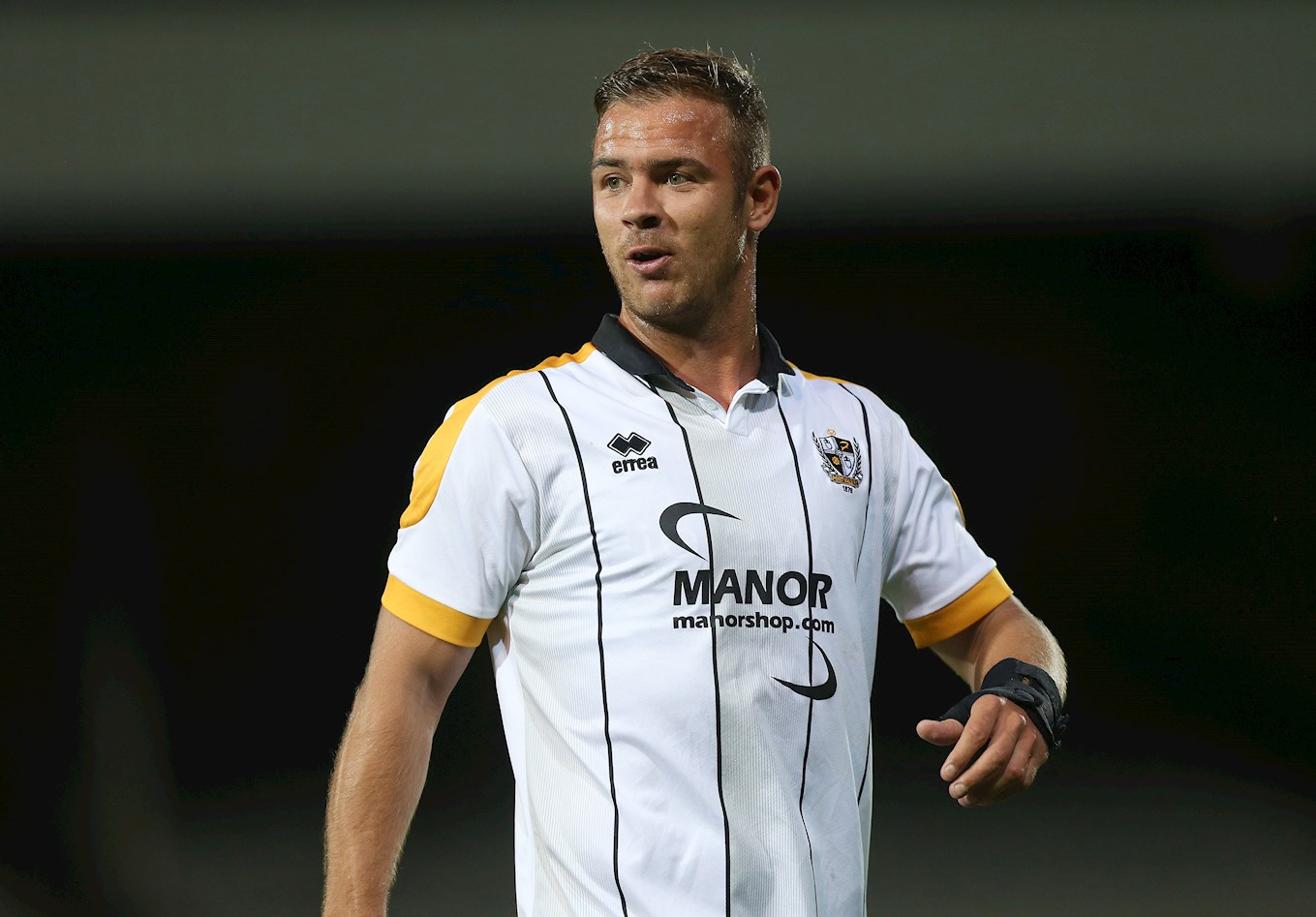 Tom Pope returned to Vale Park this summer after a two-year spell at Bury in League One.

The striker scored 33 goals in 51 games for the Valiants during the 2012-13 season to fire the club to promotion from League Two.

He is yet to add to his 69 goals from his first spell but has taken himself past the 200-game milestone for the club he supports.

The previous meeting in Staffordshire ended with the Magpies winning 2-0 thanks to goals from midfield men Gary Jones and Liam Noble.

None of the previous 17 meetings between the sides have ended in a draw - a run which stretches back to May 1995. 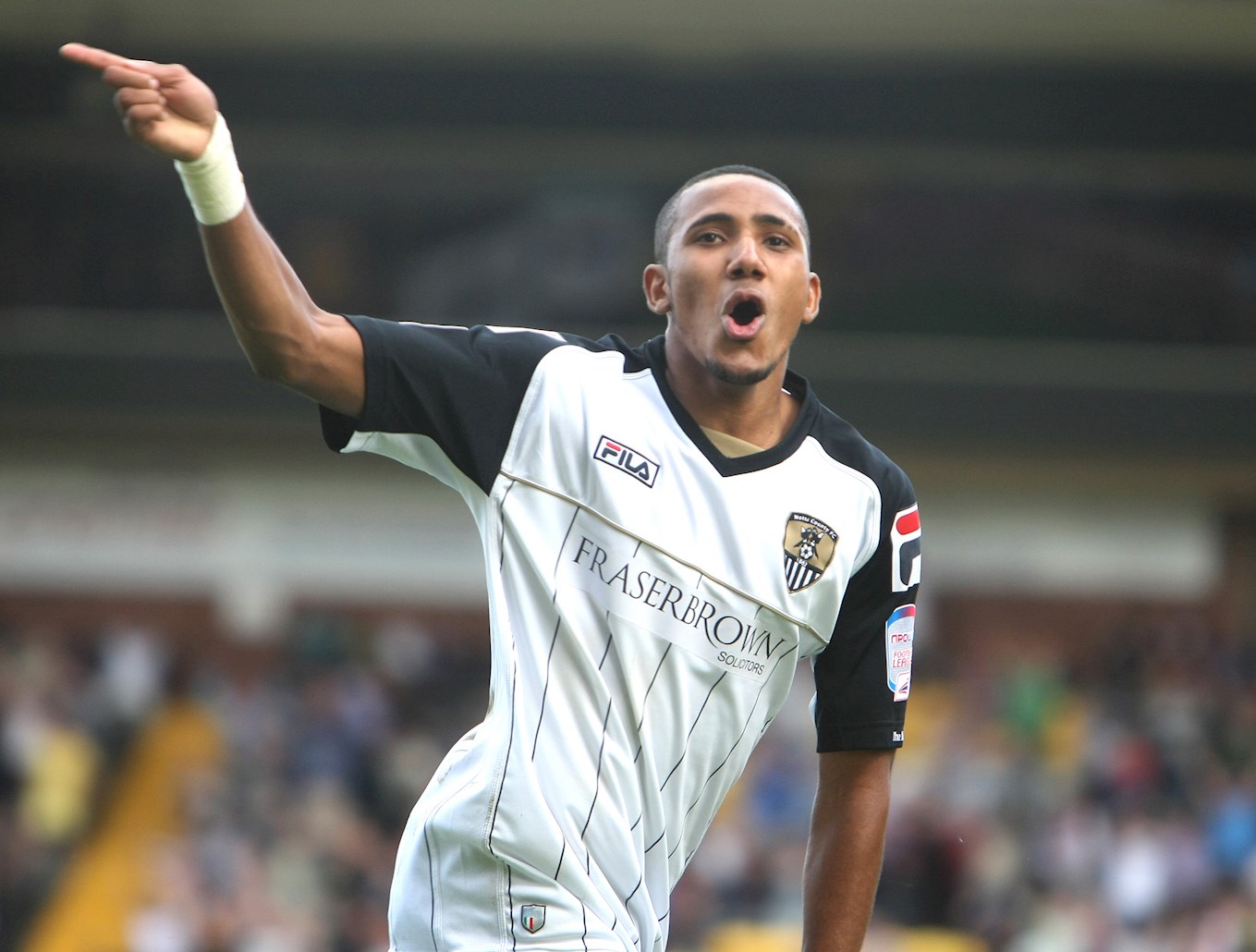 The only ex-Notts man in the Port Vale squad is attacker Cristian Montaño, who had two loan spells at Meadow Lane from West Ham United in the 2011-12 campaign, bagging four goals in 16 games for the Magpies.

Notts, meanwhile, have a host of former Vale players in their squad with Michael O'Connor, Richard Duffy, Carl Dickinson and Dan Jones all representing the Valiants during their careers.

Duffy and Jones both helped Vale win promotion from League Two in 2012-13, making 151 and 38 appearances respectively during their time at Vale Park and scoring a goal each.

O'Connor made 76 appearances for the club, scoring 12 times, while Dickinson played 143 times, finding the back of the net on four occasions.

Sky Bet have priced Notts up as 6/4 favourites for victory on Saturday afternoon, while Vale are 17/10 to keep the three points in Staffordshire. The draw is available at 5/2.

Could Notts' cohort of ex-Vale players come back to haunt Brown's side? Duffy is 33/1 to open the scoring, Dickinson 22/1 and Dan Jones a whopping 50/1!

Lewis Alessandra came off the bench to score with his first touch as Notts beat Port Vale 1-0.

Alessandra, who replaced Terry Hawkridge in the second half, turned the ball home from close range to give Notts the edge in a closely-fought contest.

Notts ended the game with 10 men after Shaun Brisley sustained an injury late on and was deemed unfit to continue.

Kevin Nolan made one change to the side that drew with Accrington last Friday.

Matt Tootle, red-carded in that match, missed out through suspension and was replaced by Nicky Hunt.

The sides exchanged half-chances in the opening exchanges and spectators had to wait until the 24th minute for the match's first opportunity of note.

It fell to Vale's David Worrall, who struck the post with an effort from the edge of the area.

Notts' response came in the 33rd minute when Jon Stead latched on to a bouncing ball over the top. Vale keeper Rob Lainton was caught in no man's land and Stead lifted the ball over him. It flew wide of goal, however, and Stead was unable to get to it in time to divert it into the empty net.

Worrall had another opportunity just before the break, volleying the ball wide after he was teed up in the area.

But 0-0 was how it stayed going into the interval.

There were no changes at the break and the hosts were left to rue two heroic pieces of defending from their former player Dan Jones shortly after the restart.

The first chance came after Hunt slipped on the halfway line, allowing Vale to play Tom Pope through on goal. Jones showed great pace to catch up with the forward, sliding in to take the ball just as Pope steadied himself for a shot.

Two minutes later, Gavin Gunning's header looked destined for the net but Jones positioned himself brilliantly to nod the ball off the line.

Nolan's first change followed shortly afterwards as Hunt, who had received treatment earlier in the half, made way for Rob Milsom. Elliott Hewitt moved to right back.

Shola Ameobi was replaced by Jonathan Forte shortly afterwards, before Hawkridge came off for Alessandra with 25 minutes to play.

And the winger made an immediate impact when Grant's cross caused chaos in the middle, allowing Alessandra to turn the ball home with his very first touch.

Notts could have made it two when, with a similar chance to Stead's in the first half, Forte failed to loft the bouncing  ball over the keeper.

Vale responded immediately and this time it was Adam Collin's turn to race off his line. He headed the ball clear from the edge of his area but it fell to a Vale man, who had an open net to aim for 35 yards out. Ryan Yates sensed the danger and did brilliantly to slide in and divert the ball away from goal.

Amid the chaos, Brisley sustained an injury and required lengthy treatment. He was able to walk off the field but couldn't continue, leaving Notts down to 10 men for the remaining moments. That meant another positional change for Hewitt, who slotted in alongside Richard Duffy in the middle with Alessandra going to right back.

Eight minutes were added on at the end of normal time and Notts could have made it two following a speedy counter attack. Alessandra was cynically brought down by Worrall as he raced towards the area, presenting Grant with a free-kick on the edge of the box. The loanee could only find the wall.

Grant had another opportunity when he wormed his way into the area only to see his shot smothered by Lainton.

But in the end a second goal wasn't required as the Magpies left Vale Park with three points and a clean sheet.

Tickets for Notts County’s Sky Bet League Two trip to Port Vale will be available on the day at Vale Park.

Please note - there will be a £2 per ticket price increase on advance prices.

Notts supporters will be located behind the goal in the Hamil Road Stand. Additional tickets are available if required.

Tickets purchased on matchday are priced:

In line with Port Vale’s policy, tickets for supporters with a disability and their personal assistants are available to those who receive the middle or higher rate of Living Allowance or equivalent.

Wheelchair disabled supporters are required to purchase tickets in advance from Port Vale. They are priced at the appropriate age-related rate for the disabled supporter, with a personal assistant ticket issued free of charge.

Away travel will depart from near the club shop on Meadow Lane at 12pm.