Notts County hope to reclaim their place at the top of the Sky Bet League Two table when Newport County visit Meadow Lane this weekend.

After picking up one point from two away trips since their last outing at Meadow Lane, the Magpies will look to make the most of being back on home turf.

Newport, though, will provide stiff opposition having enjoyed revived fortunes themselves.

A 2-1 win against Notts on the final day of last season secured their place in the EFL and completed a great escape which saw them recover from being 11 points from safety with 12 games remaining.

They have carried that momentum over in to this campaign and currently occupy a play-off place, something few would have thought possible when Michael Flynn took the job in March.

"We're at home and we have to make things happen, try to force the opposition into making mistakes and play as high up the pitch as we can.

"We have to play our football in their half because that's where we are at our most threatening." 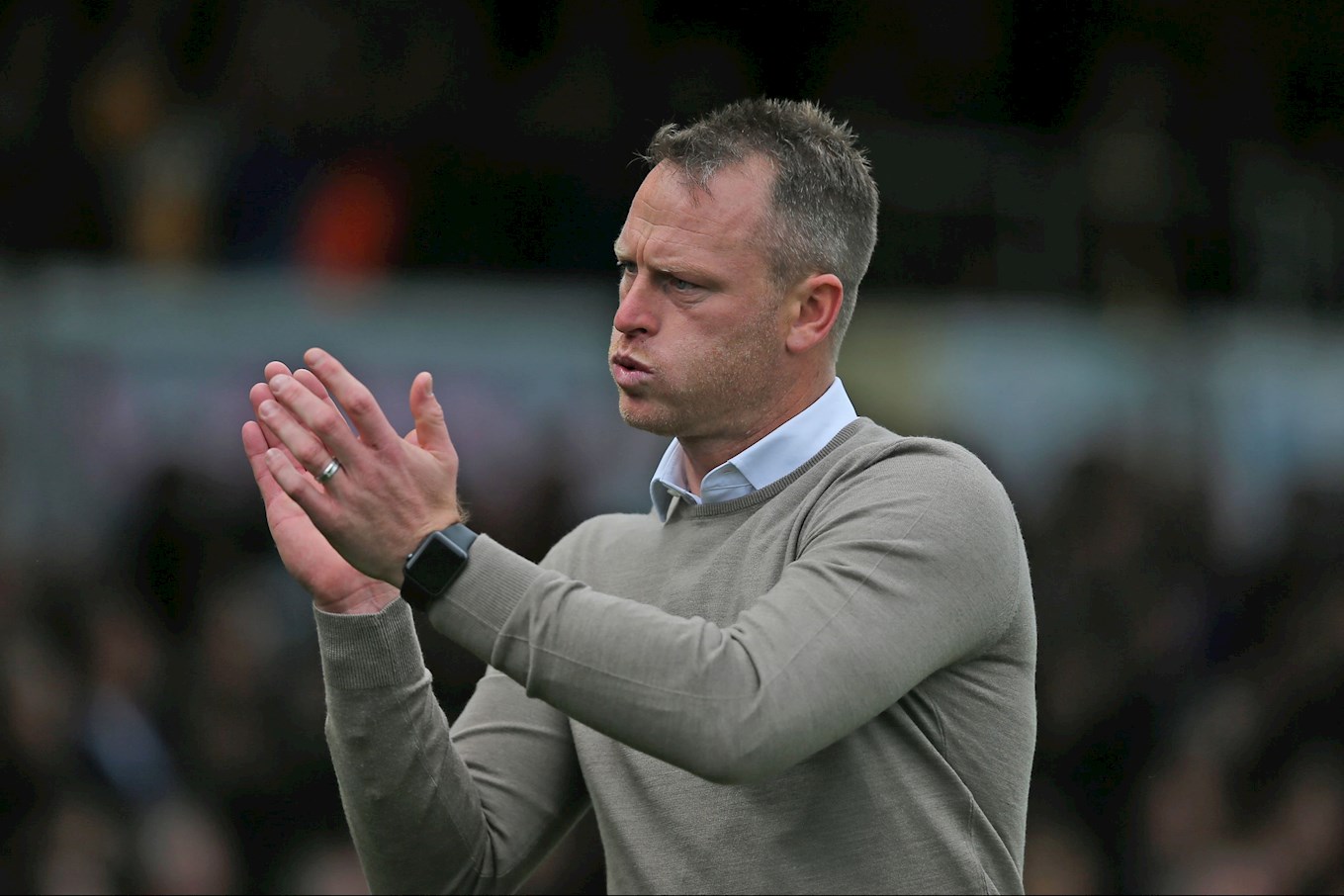 “Let’s be the first team to be beat them there in the league. They are a strong team and it’s going to be a tough game. But they’ve had a little dip in form now so hopefully we catch them at the right time.

“I’m confident we can go there and cause them problems, I just hope we have that killer touch and we go there and get the win because the boys have been magnificent.” 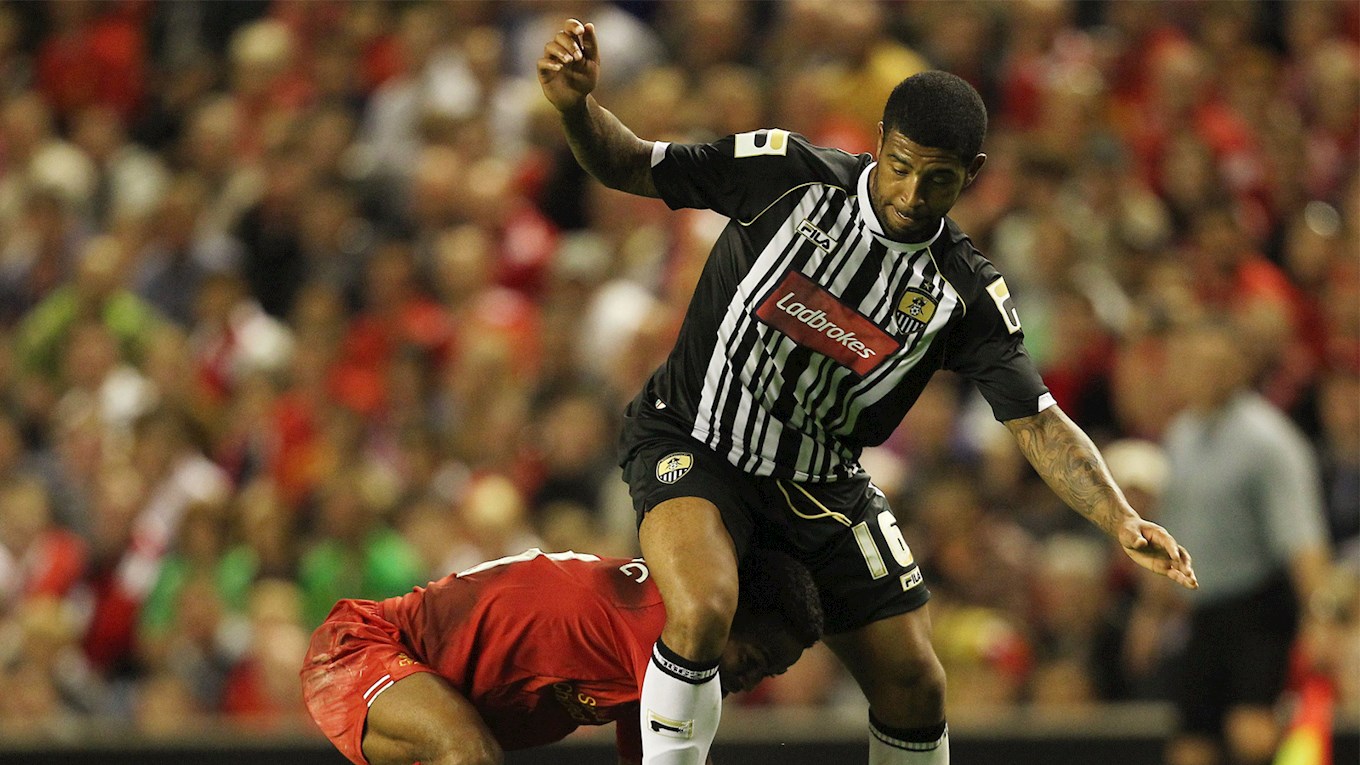 Goalkeeper Adam Collin is Notts' only confirmed absentee with the manager reporting nothing more than bumps and bruises following the Checkatrade Trophy game against Mansfield Town in midweek.

Former Notts midfielder Joss Labadie is sidelined for the Exiles, as is Calaum Jahraldo-Martin.

Striker Paul Hayes, who joined the club after speaking to Flynn on social media network LinkedIn, is not expected to feature as he works his way back to full fitness. 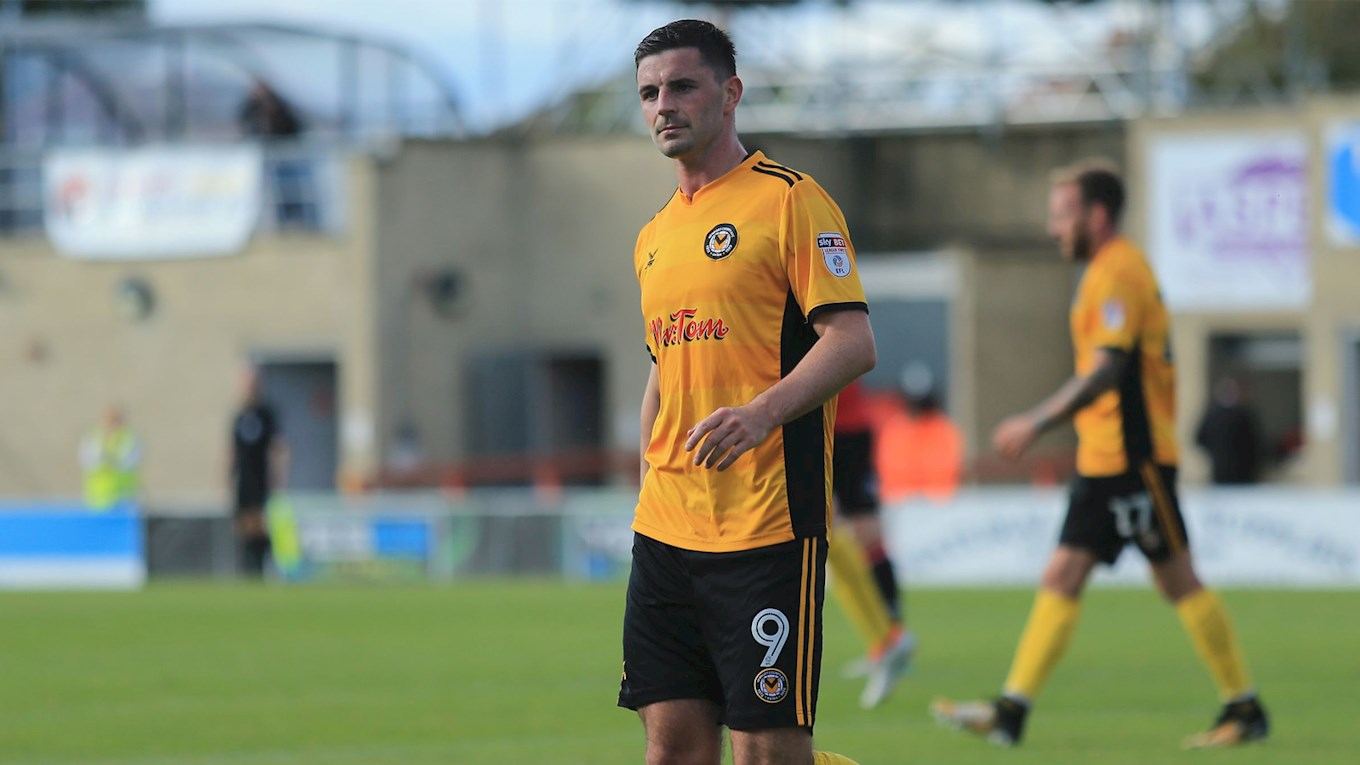 Amond was a key addition for the Exiles over the summer, making the move to south Wales for an undisclosed fee after a protracted transfer saga.

Hartlepool had hoped for a similar contribution from the Irishman this season but the forward had his heart set on staying in the EFL.

He has made a strong start to life in amber colours, scoring at a rate of almost a goal every other game. Indeed, the Exiles have won each of the five games he has scored in.

Notts have taken on the reformed Newport County four times, with both sides winning two games each.

The Magpies did the double over the Exiles in 2015-16 before the Welsh side repaid the favour last season.

The first meeting was certainly a memorable one as Notts won 4-3 at Meadow Lane thanks to Liam Noble's strike in second half stoppage time. Genaro Snijders then scored the only goal in the return game at Rodney Parade.

Newport took six points from Notts last season, winning 3-0 at Meadow Lane before registering a 2-1 win on the final day of last season thanks to Mark O'Brien's last-minute strike, which secured their EFL safety to complete a great escape.

Sky Bet have priced Notts up as 13/10 favourites while the Exiles are 21/10 to be the first team this season to come away from Meadow Lane with three points in Sky Bet League Two. The draw is available at 23/10.

Jorge Grant was on target in the last meeting between the sides and can be backed at 13/2 to open the scoring at Meadow Lane this weekend. The midfielder is 16/1 to score a brace or 150/1 to bag a hat-trick.

Notts County returned to the top of Sky Bet League Two with a 3-0 victory over Newport County at Meadow Lane.

Jorge Grant opened the scoring shortly after Dan Butler had seen red for the visitors in the first half.

Shola Ameobi made it two after the break before Grant added gloss to the scoreline with his 10th goal of the season.

Kevin Nolan named an unchanged side to the one that drew at Carlisle in Notts' last league game.

That meant Elliott Hewitt partnered Ryan Yates in midfield, while Carl Dickinson retained his place at left back despite the return of Dan Jones, who had to settle for a place on the bench.

Notts' first chance fell to Hewitt on 11 minutes, the midfielder receiving the ball on the edge of the area but side-footing it wide.

Newport's response came from Butler, who struck the ball sweetly through a crowd of bodies but straight at Ross Fitzsimons, who held on well.

Jon Stead nodded the ball wide and Terry Hawkridge volleyed over as half-chances came and went.

But an edgy, tight encounter was punctured on 33 minutes when Butler was shown a straight red card after leading with his arm when challenging Matt Tootle in the air, leaving the full back requiring lengthy treatment.

Notts nearly made it two shortly before the break, Hewitt seeing an effort saved following a corner before Richard Duffy's strong penalty appeal was waved away when he went down under a challenge in the immediate aftermath.

1-0 was how it stayed going into the break but Notts wasted no time in doubling their lead after the restart.

Yates' crunching challenge freed the ball up for Grant, who crossed for Ameobi to fire into the top corner.

And, minutes later, it was three. Tootle crossed the ball for Grant who, afer seeing his initial effort saved by Newport keeper Joe Day, nodded the ball home on the rebound.

Tootle entered the referee's notebook for a foul on Nouble, who himself had been booked earlier in the half.

And Newport's Micky Demitriou was next to be cautioned after illegally halting Stead.

Notts were pushing for a fourth and came close on numerous occasions. Shaun Brisley saw an effort smothered at the near post and a defender blocked Yates' effort on the rebound.

From the resultant corner, Yates sent the ball wide from six yards and, moments later, Stead's shot from Tootle's cross was gathered by Day.

Stead saw a looping header pushed over the bar by Day as Notts continued their relentless assault on the visitors' goal.

And Grant came agonisingly close to completing his hat-trick when his free-kick from inside the 'D' crashed off the crossbar. Stead nodded the ball narrowly wide on the follow-up.

A double substitution followed, Tootle and Duffy making way for Nicky Hunt and Liam Walker with 10 minutes to play. Hewitt slotted in at centre back.

And Hunt nearly became an unlikely scorer when he showed nice feet to work space for a shot 22 yards out before striking the ball a yard wide of the post.

Nolan's final change saw Jonathan Forte replace Stead shortly before Man of the Match Ameobi rolled the ball just wide of the post from the edge of the area.

And it was Forte's turn moments later as he received the ball from Walker in the area before seeing his snapshot blocked by a defender.

Three minutes were added on at the end of the match, during which Walker curled a long-range effort inches wide and Ameobi's sprawling volley was turned behind for a corner.

But 3-0 was how it stayed as Notts reclaimed top spot.

Don’t miss out on the Wildlife Workshop’s final visit of 2017!

Animal handler Brendan and his array of snakes, spiders, giant rabbits and much more return to the Family Stand and always go down well with junior fans.

Plus, there’s FREE face painting on offer, and football coaching in our brand new 4G – just bring a spare pair of clean trainers to take part.