Notts County make the long journey to Yeovil looking to extend their lead at the top of Sky Bet League Two.

Free-scoring Luton are hot on the tails of the Magpies, but a 3-1 win over Cheltenham Town on Saturday kept Kevin Nolan's team in first place.

The Glovers have won one of their last five league outings but have beaten high-flying opposition on home turf this season, turning over both Accrington and Coventry at Huish Park as well as claiming the scalp of League One side Southend United in the Emirates FA Cup.

It all points to a testing night on the road for Nolan's men against opponents they have struggled to get the better of in recent years. 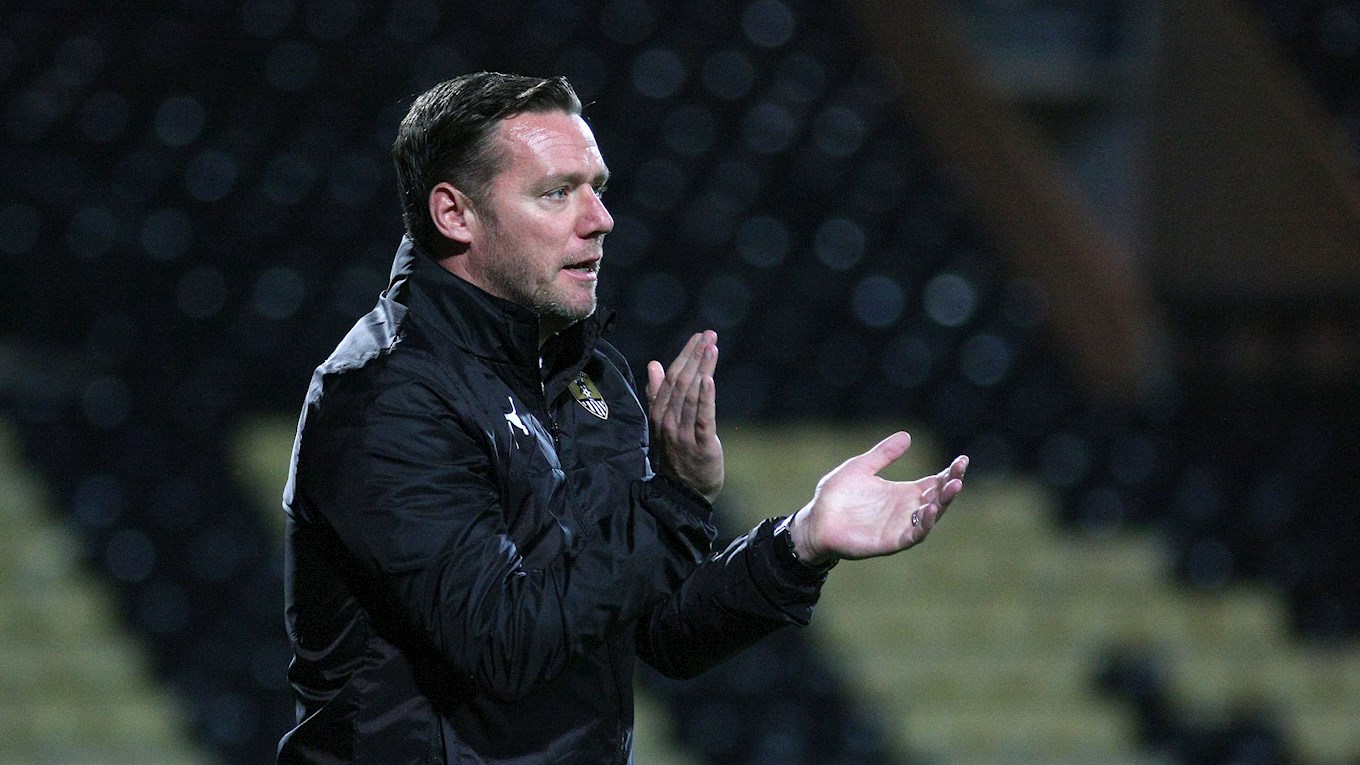 "I am expecting another tough game. We have to make sure we are at it because if we aren't then we will be punished.

"Yeovil have a lot of strengths but hopefully we have given the lads enough information so they know what to expect."

"We’ll be up against a team with Jon Stead and Shola Ameobi up front who are a real threat.

"But it’s a game where we can put Saturday’s result right - I think that’s really important.

"That’s why we have to remain positive." 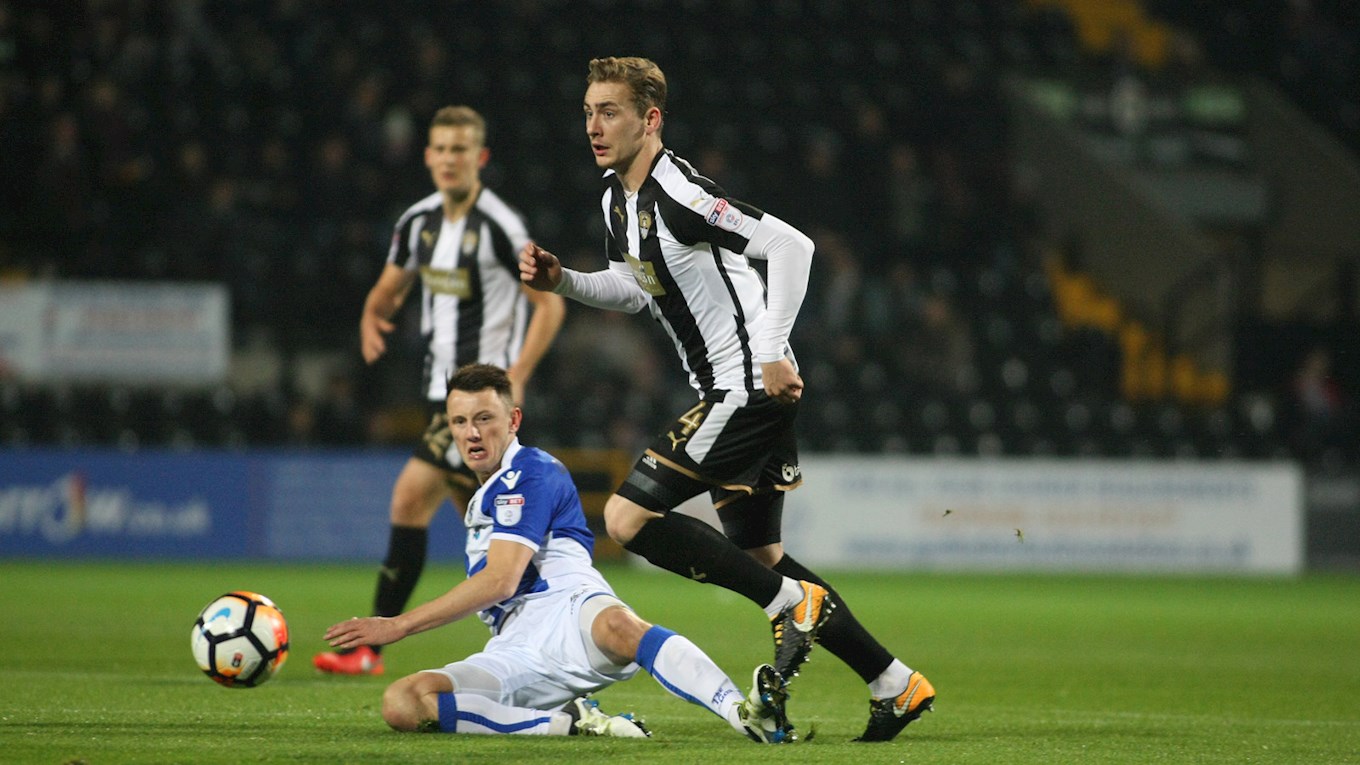 Ryan Dickson will miss out after he picked up a concussion in the defeat to Swindon at the weekend. 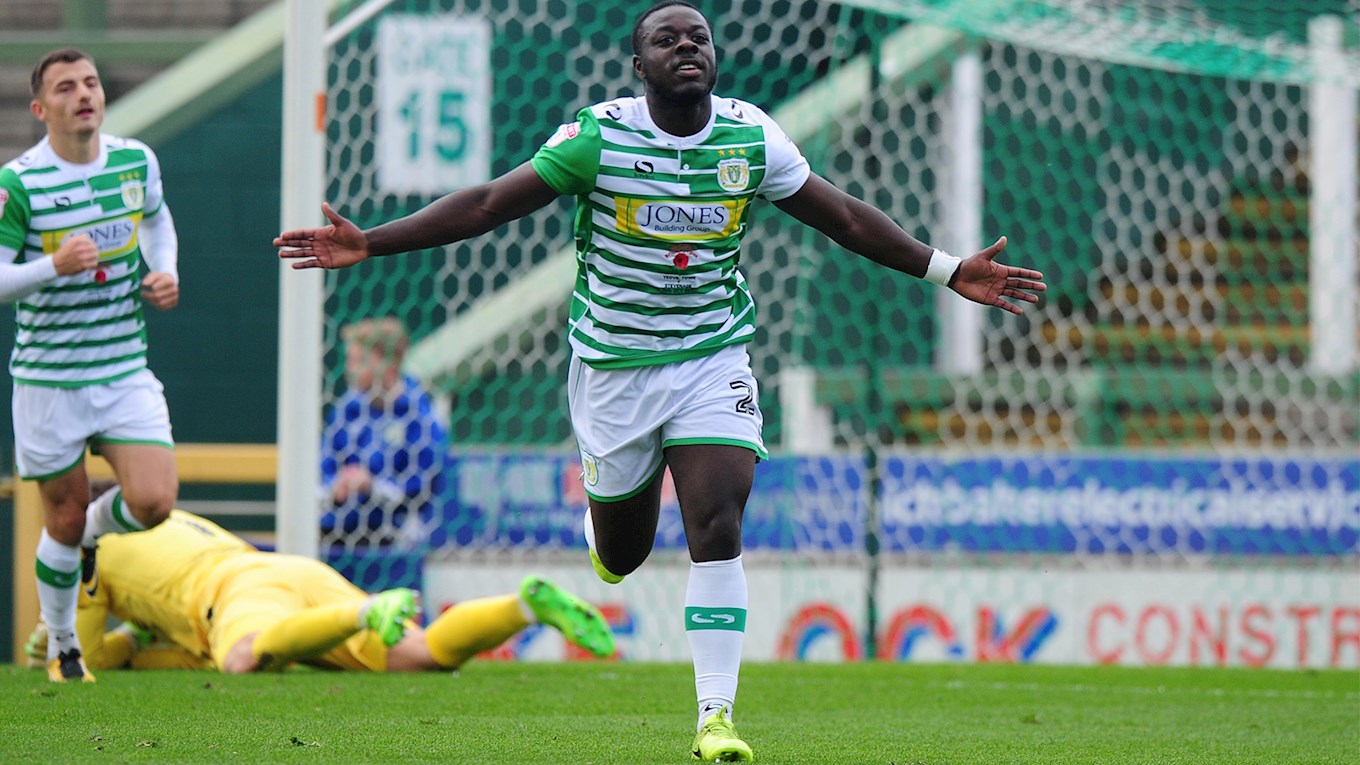 Southampton loanee Olufela Olomola's presence in the final third has certainly been missed by the Glovers in recent weeks.

The striker had scored seven goals in 17 games for the Huish Park outfit before being sent off against Stevenage on 28 October.

But he returns from suspension and Yeovil manager Darren Way will be grateful to have him back as his men have scored just twice in the three games the 20-year-old was forced to sit out.

The head-to-head standings favour the home side with seven wins from the 15 meetings between the sides.

Notts have not won on any of their last six visits to Huish Park, last winning there 12 years ago.

Last season saw the Glovers beat the Magpies 2-0 on the opening day thanks to goals from Kevin Dawson and Otis Khan before the two sides played out a goalless draw at Meadow Lane in February.

Sky Bet have priced Notts up at evens to come away from Somerset with all three points while the hosts are 13/5 to pick up the win with the draw available at 5/2.

Notts' record at Huish Park is not particularly strong having not won there on their last six visits - a run stretching back to March 2005, when goals from Stefan Oakes, Glynn Hurst and Mark Stallard gave the Magpies a 3-1 win. Sky Bet offer odds of 14/1 for that result with a more conservative 1-0 at 13/2.

Fancy the Magpies to win and keep a clean sheet? It's 5/2 for Nolan's men to win to-nil and the 11/4 for both teams to score with the three points coming back to Nottingham.

Jorge Grant took his tally for the season to 13 with his fourth brace of the campaign on Saturday afternoon and the in-form midfielder is 10/1 to repeat that feat against the Glovers. The 23-year-old is 11/2 to open the scoring or 80/1 to register a first career hat-trick.

Richard Duffy saw his central defensive partner Shaun Brisley score his second goal of the campaign at the weekend and will be determined to level things up in the scoring stakes against the former Carlisle man. The Welshman is 28/1 to be the first man on the scoresheet, as he was in Notts' 4-2 win at Wycombe in August.

Notts County were held to a 1-1 draw by Yeovil Town at Huish Park.

Jonathan Forte, who came off the bench in the first half to replace the injured Jon Stead, fired Notts ahead before the break.

But, despite Notts' near-total dominance, former Magpie Francois Zoko levelled the scores from the penalty spot after the Ivorian had been felled by Richard Duffy in the area late on.

The Glovers finished the game a man down, Sid Nelson seeing red following an altercation with Ryan Yates.

But Notts were unable to make their man advantage count in the remaining moments.

Kevin Nolan made one change to the side that faced Cheltenham Town last weekend.

Shola Ameobi was left out, with Lewis Alessandra replacing him in the starting line-up.

The first real chance of the match fell to imposing Glovers frontman Olufela Olomola, who turned the ball over the bar on the volley from a corner.

Notts' response came six minutes later when Yates stung Artur Krysiak's palms with a sweetly-struck effort. The keeper palmed the ball straight to Duffy, who could only fire it over from 12 yards.

Shaun Brisley nodded the ball wide and Stead sent a tricky header straight at the keeper as Notts upped their pursuit of the opening goal.

That proved to be Stead's final action of note, however, as he hobbled off on 35 minutes following a collision with Yeovil defender Omar Sowumni.

Forte was the man to replace him and, within six minutes of entering the fray, he fired Notts ahead.

Brisley nodded the ball down for the forward, who took a touch before sending the ball into the bottom corner with his left foot from the edge of the area.

Olomola flashed an effort narrowly over as the half neared its conclusion but 1-0 was how it stayed going into the break.

The Magpies reemerged for the second half unchanged and quickly set about attempting to double their lead.

Rob Milsom flashed an effort across goal and wide before Grant spun neatly in the area and struck the ball inches past the top corner.

Notts were looking comfortable and had handball appeals waved away when a Yeovil defender blocked Alessandra's goalbound flick on the ground. The referee was unmoved and play continued.

The Magpies were unrelenting and their high pressing bore fruit with 15 minutes to play when they forced a defensive error to win possession in the hosts' final third. Alessandra released Forte but his shot was diverted wide by a Yeovil man.

But a shock was in the offing as, five minutes later, a rare Yeovil attack resulted in Duffy tripping Zoko in the penalty area. The former Notts man swept the ball home from the spot to restore parity.

Grant was booked for a foul on Rhys Browne and Elliott Hewitt replaced Milsom as the clock ticked down.

And there was still time for some late drama when Nelson was red-carded following an off-the-ball clash with Ryan Yates, who was left holding his head.

Four minutes were added on but Notts were unable to capitalise on their man advantage and had to settle for a point.

With the exception of under 16s', ticket prices increase by £3 after this time. Matchday purchases can be made from Huish Park.

Notts fans will be housed along the side of the pitch in the Screwfix Community Stand.

Tickets purchased from Meadow Lane before 12.30pm on Friday 21 November are priced:

It's essential that supporters provide their customer number/postcode when purchasing away tickets.

The SLO team have obtained this guide for visiting Notts fans.

In line with Yeovil's policy, tickets for supporters with a disability and their personal assistants are available to those who receive the middle or higher rate of Living Allowance or equivalent.

Wheelchair disabled supporters should obtain tickets in advance from Notts County. They are priced £17 for the disabled supporter with a personal assistant ticket issued free of charge. Notts have been allocated five pairs of tickets.

The SLO team have obtained the following guide for disabled supporters travelling to Yeovil: click here.