Last week’s defeat at Grimsby saw the end of the Magpies' slim chance of an automatic promotion place, so they will be looking to put on a good show for the home fans and grab top spot in the play-off positions.

Exeter City are the team they need to overhaul as the Grecians currently sit in fourth spot, with a one-point lead over Notts. Kevin Nolan’s side have the advantage if it comes down to goal difference, with +23 over Exeter’s +9.

With just three points covering Exeter down to seventh-placed Lincoln City, the final positions are far from finalised.

The Magpies' East Midlands rivals Mansfield Town could also make a last-day dash into the top seven, if they manage a win at home to Crawley Town, but they would still need either Lincoln City or Coventry City to slip up.

Luton come into this game unbeaten since their 2-1 defeat at Colchester at the end of March. Since then they have won four and drawn one. Their biggest win in this latest run was 3-0 at Yeovil Town, followed up with 3-1 victories over Crewe and Forest Green. 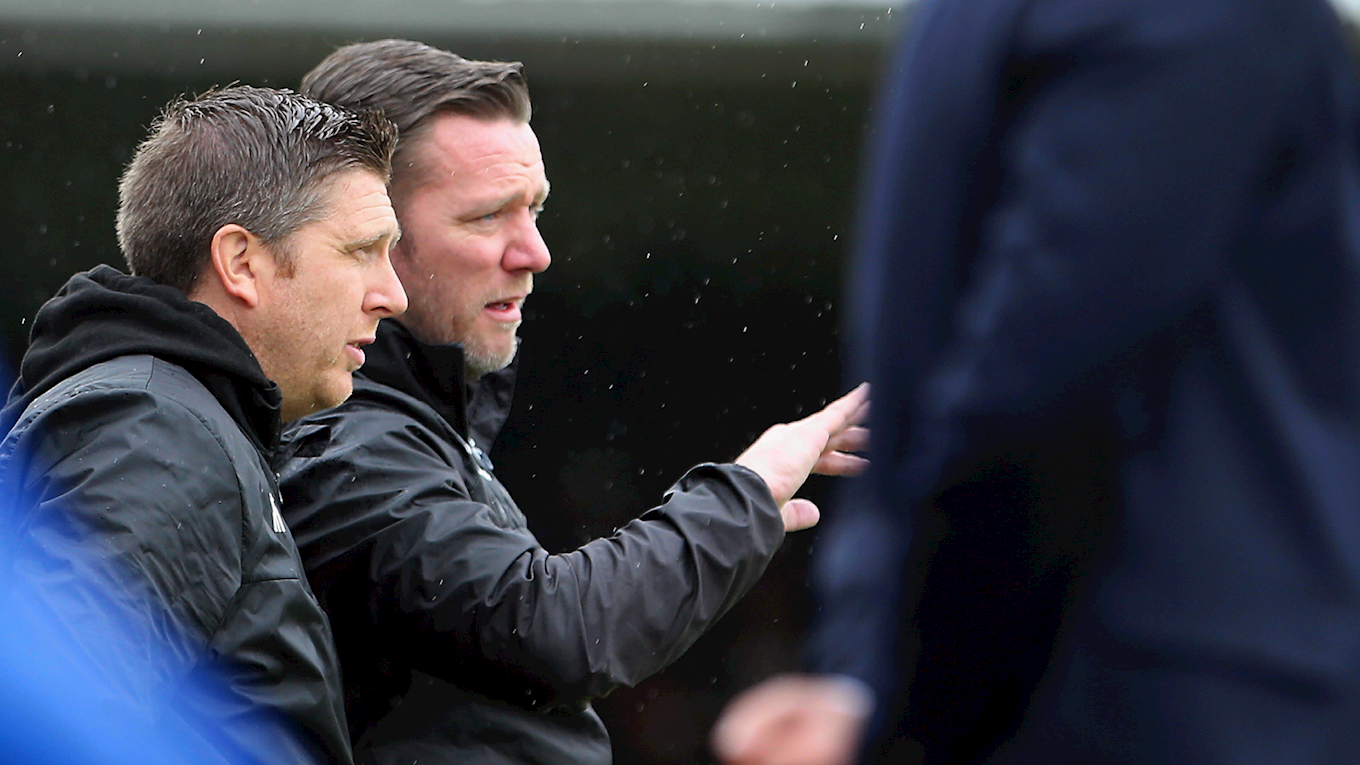 "It's the business end of the season and I'm looking forward to the play-offs now. We want to hang on to our exceptional home record.

"I said when we played Luton at their place: 'If anyone finishes above them, they will win the league'.

"They've done a fantastic job to get to where they are. It's not easy with the expectation Nathan Jones and his team have been under to get over the line. 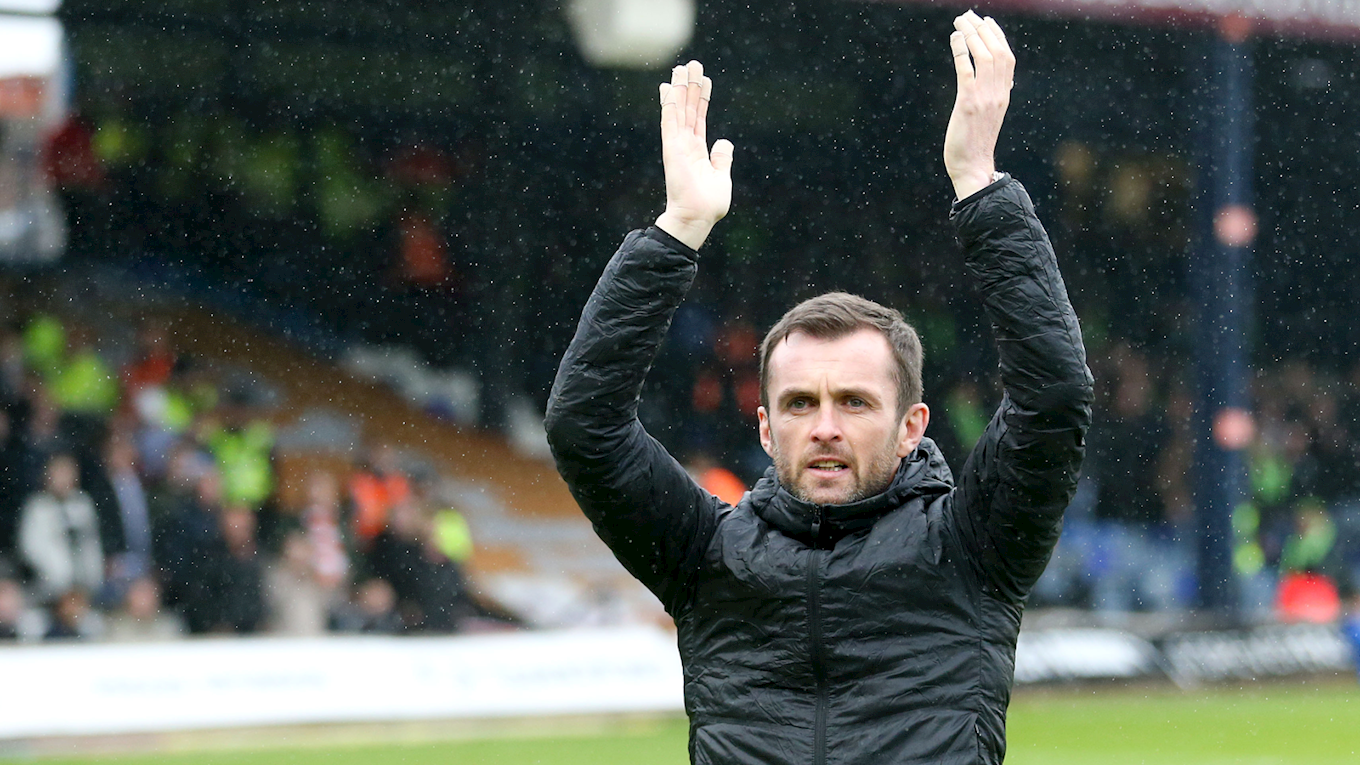 “I’m glad we haven’t got to go there having to win but we won’t disrespect that luxury in any way, we’ll go there and be right at it.

"They’re in good form but we’re the team with the best form in the league at the minute, so we’ll finish strongly to continue that.

"Never mind how well we've played football-wise, or the goals that we've scored, or the young players we've introduced. What I said to the fans is that we were going to give them a team that they can be proud of and we've done that I think."

Nolan says he will use the match as an opportunity to assess the readiness of certain members of his squad ahead of Notts' play-off campaign.

Luton manager Jones, meanwhile, named an unchanged team for a fourth successive match last weekend against Forest Green and with April's League Two manager of the month determined to keep a five-match unbeaten run going to finish the season in style in front of more than 4,000 travelling Hatters fans, it is unlikely he will tinker with his team.

Goalkeeper James Shea has been keeping Marek Stech, named in the League Two team of the year, out of the side and is expected to continue.

Midfielder Lawson D'Ath remains a doubt and is unlikely to be risked, while Luke Berry has been out long-term with an ankle injury. 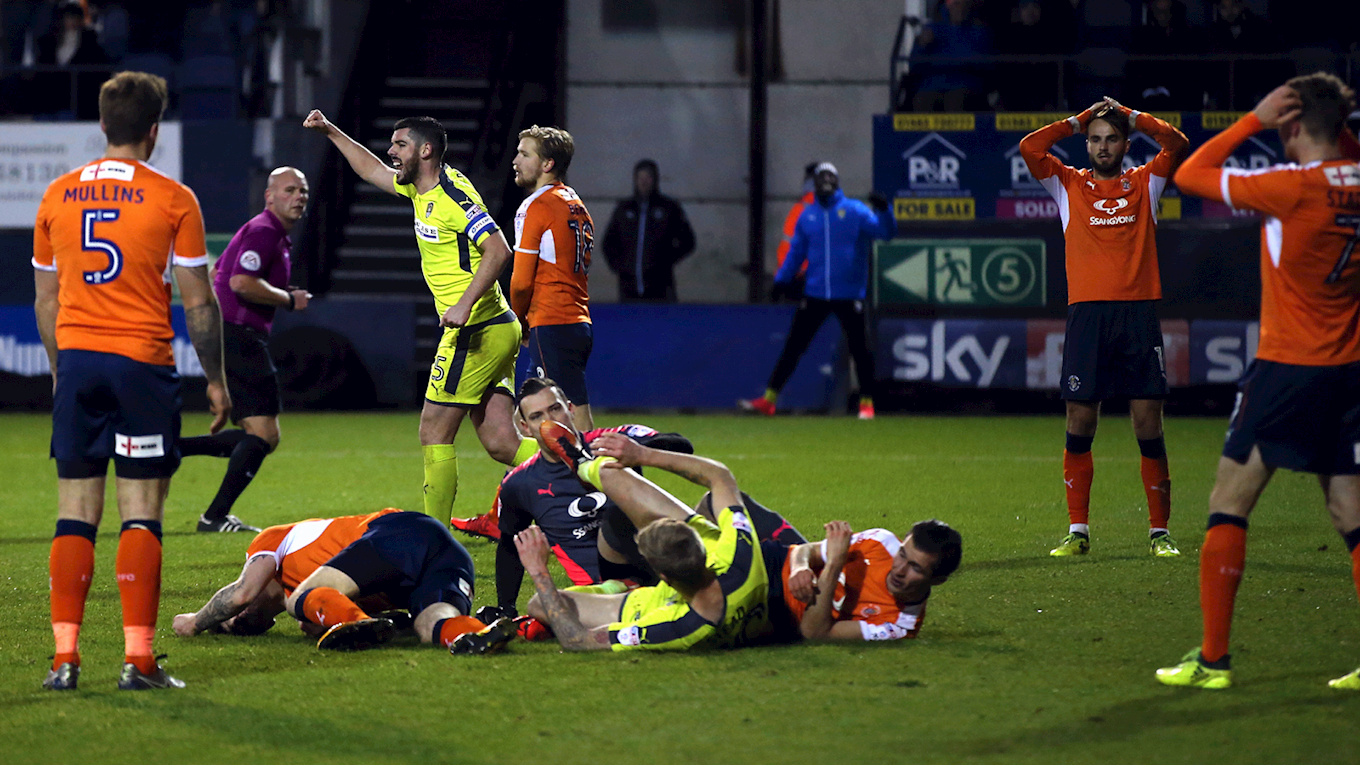 The sides drew 1-1 at Kenilworth Road at the beginning of December.

Shola Ameobi grabbed an equaliser for Notts half-way through the second half after Johnny Mullins opened the scoring before the break.

Notts last beat Luton at Meadow Lane back on 30 January 2016, when an Alan Sheehan own goal and a Jon Stead effort saw the Magpies run out 2-0 winners.

Notts will play Coventry City in the League Two play-offs after a goalless draw with Luton at Meadow Lane secured fifth place for the Magpies.

Coventry drew 0-0 with Morecambe to finish sixth, so the first leg of the play-offs will be at the Ricoh Arena on Saturday.

Exeter beat Colchester 1-0 to secure fourth place and will play Lincoln, who pipped Mansfield Town to seventh spot by drawing 1-1 at home to Yeovil.

After an even start, Luton, already promoted and guaranteed second place in League Two, broke and fizzed a ball harmlessly across the face of goal, but Notts replied immediately, Dan Jones trying to find Stead in the box, but the ball evaded the striker.

Notts attacked next in an end-to-end game, Grant setting Jones free on the left but his cross was poor and easily cleared.

And there was another chance after 16 minutes, Matty Virtue and Stead keeping the ball alive in the box before it was eventually hacked clear.

Luton should have taken the lead after 20 minutes, Jack Stacey powering into the right side of the box before firing just wide of Collin's right-hand post.

Notts roared back and only a last-ditch tackle prevented Stead finding the net, the resulting corner coming to nothing.

Grant was next to try his luck, his 20-yard shot well struck but straight at James Shea, who saved comfortably.

Stacey was looking lively and he weaved his way into the box on 28 minutes, his goalbound shot deflected over the bar.

O'Connor then found himself on the edge of the box but his floated cross to the far post drifted harmlessly wide.

Luton's Lee was next to try his luck, dribbling into the box before seeing his shot deflected over, Notts again defending the corner well.

Danny Hylton had been quiet but Luton's main marksmen went close on 34 minutes, diverting Stacey's cross into the side netting.

The players took an impromptu drinks break a minute before half-time, with Stead injured, and on the resumption Hylton was booked as a row broke out over the drop ball, a costly moment of madness as it turned out. Seconds later referee Darren Handley blew to end an exciting but goalless half.

Notts nearly took the lead in the 48th minute when Grant curled a ball goalwards and Elliott Hewitt was inches away from turning it past Shea.

Luton won a freekick on the right of the 18-yard box which was curled dangerously towards goal but Collin and Shaun Brisley combined at the near post to clear the danger.

Elliot Lee went close with a long-range shot for the visitors before the game turned Notts way in the 59th minute when Hylton was sent off after collecting a second yellow for a foul on Brisley.

Dan Jones was next into the ref's book for a foul on Pelly Mpanzu but it was Notts piling on the pressure, Forte and O'Connor both having shots blocked before Luton broke dangerously, Stacey firing just wide of Collin's right-hand post.

Then it was Notts' turn to break, but Stead couldn't find a telling pass to Forte.

In the 74th minute Nolan made a double substitution, Lewis Alessandra replacing Virtue and Noor Husin on for O'Connor.

The heat began to tell on Luton's ten men as Notts took control but they couldn't find a way through a stubborn defence.

Luton replaced Elliot Lee with Harry Cornick in the 79th minute and this was followed by a booking for Notts defender Ben Hall.

Alan Smith then replaced Stead as both teams continued to search for a winner, Forte going close with a header which was saved by Shea.

But Luton sub Cornick was inches away from a goal when he just failed to reach Stacey's driven cross.

Notts were then indebted to a brilliant last-ditch tackle by Tootle to prevent Mpanzu scoring, Dan Potts going close with a header from the resultant corner.

Grant then almost scored for Notts, his freekick from the left drifting just wide of the post, before James Collins broke into the box for Luton and looked certain to score until a poor touch gifted the ball to Collin.

It was a thrilling finale for the crowd of over 12,000 and Notts were handed the chance to win it during four minutes of added time when Alessandra was brought down in the D by Alan Sheehan, but Grant could only send the ball over the bar.

There was time for a final Luton substitution, Flynn Downes replacing Alan McCormack, before the final whistle went on a pulsating game.

Tickets are now on sale for Notts County's Sky Bet League Two match against Luton Town on Saturday 5 May (3pm).

Tickets for Luton Town supporters are completely sold out for this fixture. There will be no further allocation of taway ickets.

Any supporter without a Notts ticket purchase history who is attempting to buy tickets in a home area will have their details checked.

Users of Notts' online ticketing site who are identified as Luton supporters will have their booking refunded and tickets cancelled. As per the ground regulations, visiting team’s supporters are not permitted in home areas of Meadow Lane.

Additionally, any away supporter who is found to have gained access to a home area on matchday will be ejected from the ground and will under no circumstances be relocated to the away end.

Hospitality is sold out for this fixture.