Notts had taken the lead late in the first half through new signing Liam Walker but Jon Parkin levelled the scores from the penalty spot.

It looked like the game was destined for stalemate but trialist defender Pierce Bird nodded the ball home at the death to hand the Magpies victory.

Notts had Ross Fitzsimons, who signed earlier this week, to thank for keeping the scores level on 21 minutes when he made an excellent save to deny Amari Morgan-Smith.

The visitors had controlled the majority of the half but were struggling to break their stubborn opponents down.

That changed seconds before the interval, however, when Walker's well-struck long-range effort crashed off the base of the post on its way into the back of the net. 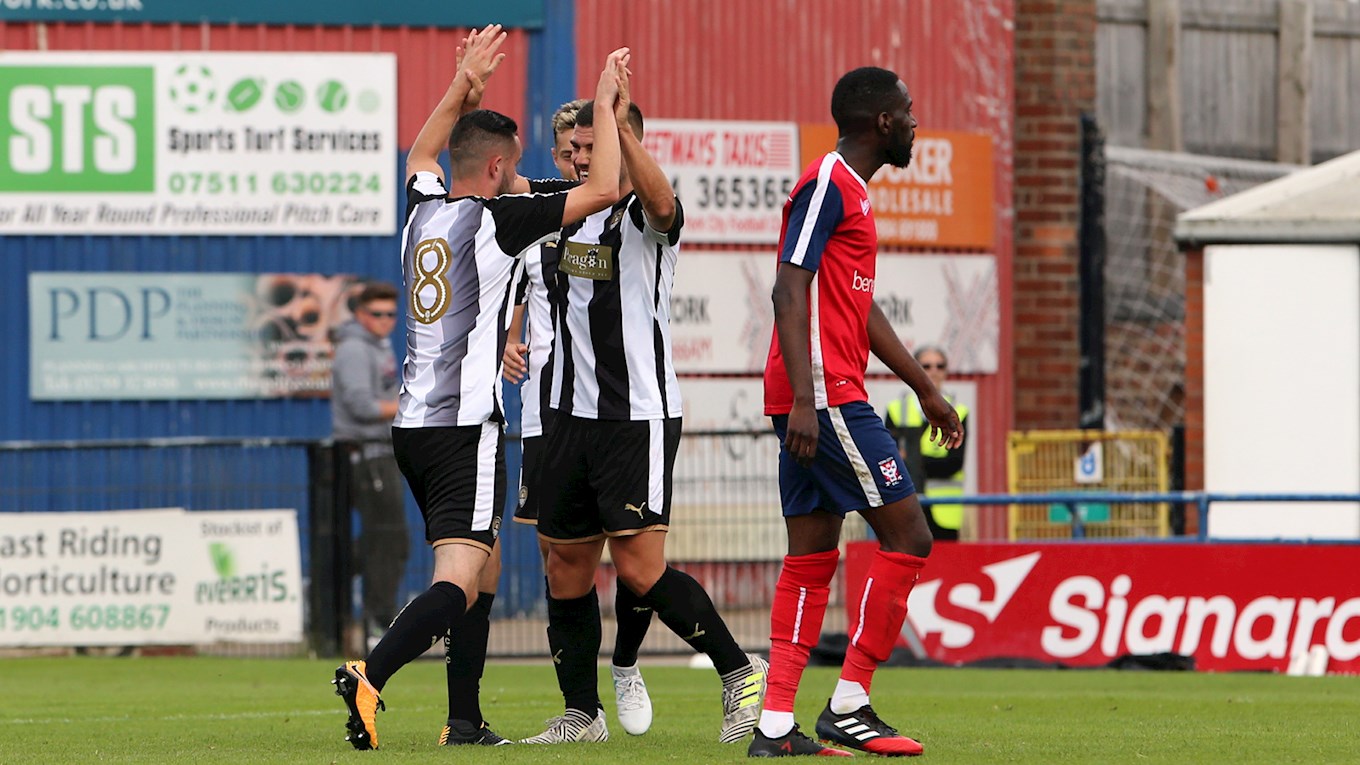 After the interval, Notts came agonisingly close to doubling their lead twice in quick succession. Bird's glancing header came back off the crossbar and Hollis was unfortunate to also find the woodwork on the follow-up.

Notts were piling on the pressure and it looked like only a matter of time before they would extend their lead. 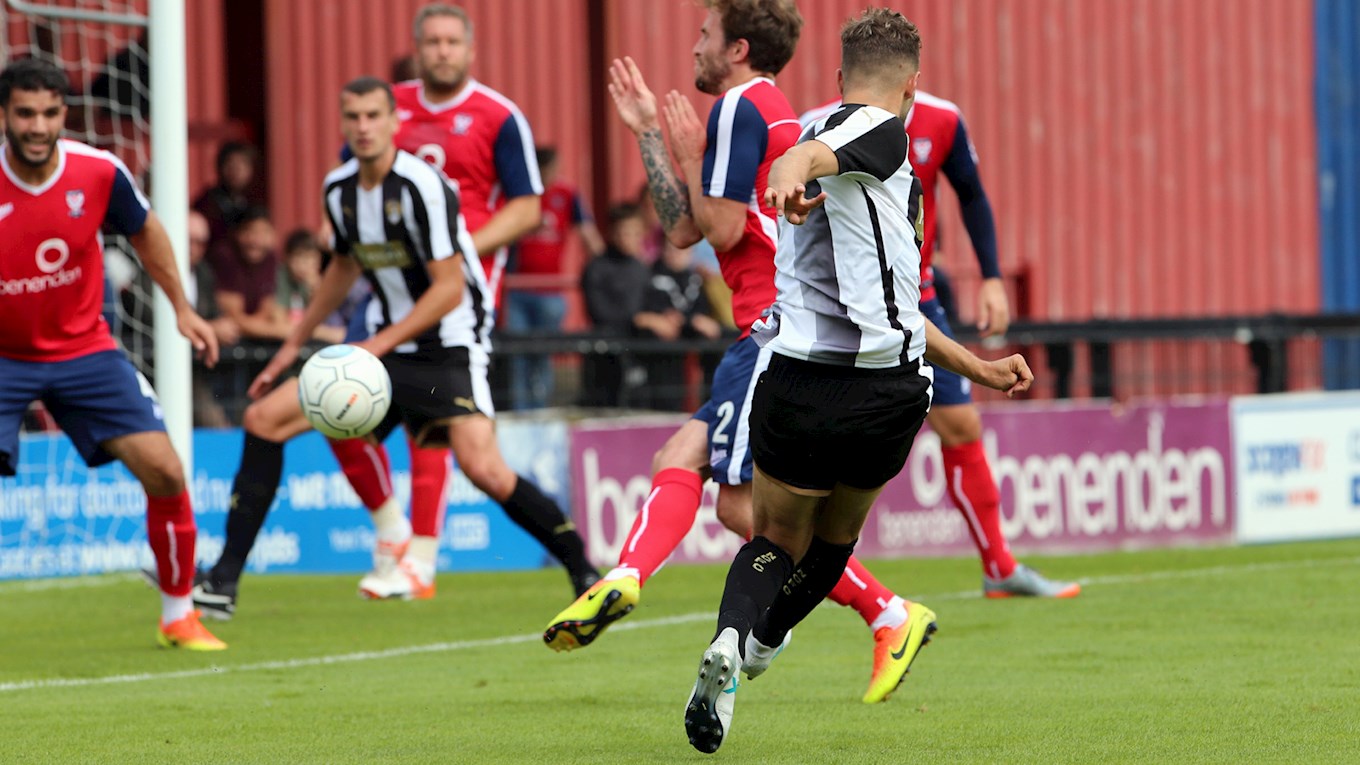 But, instead, York made the next breakthrough after Fitzsimons brought substitute Michael Rankine down in the area. Veteran striker Parkin made no mistake from the spot.

Parkin nearly won it for the Minstermen when he backheeled the ball against the post from six yards.

But, in the first of two added minutes, Bird met Walker's excellent corner with a strong header to hand Notts the win. 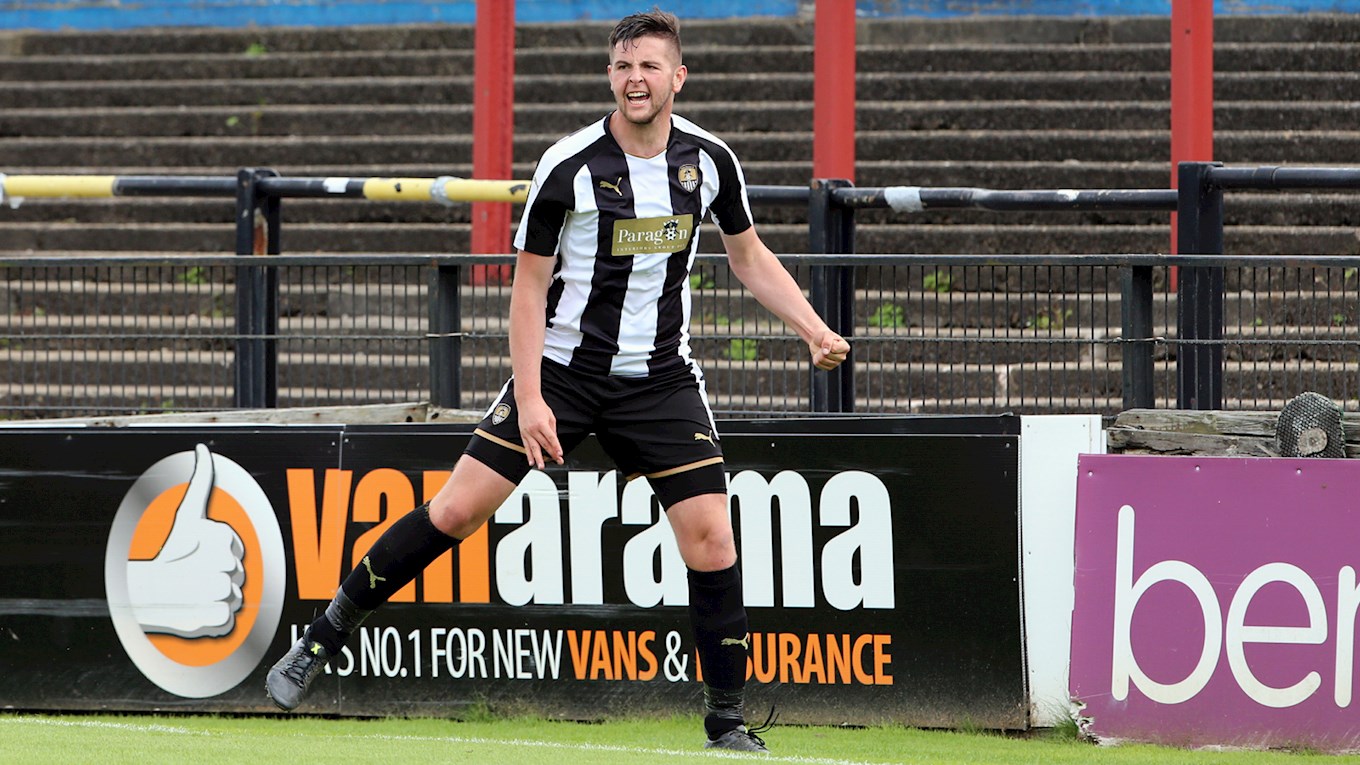 Tickets for the match are priced as follows:

Supporters will be able to pay cash on the turnstiles.

Notts fans will have the choice of either a section of seats in the Benenden Popular Stand or terracing at the Grosvenor Road end of the ground.

Disabled supporters who receive the middle or higher rate of DLA or enhanced PIP will pay the appropriate age-related rate with carers admitted free of charge. They will be accommodated in the home area but adjacent to the away supporters.

There is limited parking around Bootham Crescent and parking can therefore be very expensive. Notts fans can download a voucher for reduced price parking at the nearby hospital here.