Notts County make the short journey to Lincoln looking to extend their winning run in 2018 to three games.

The Magpies have registered successive 1-0 victories in their first two games of the calendar year to move past the 50-point milestone in Sky Bet League Two as well as reaching the fourth round of the Emirates FA Cup.

Now they travel to Sincil Bank to face Danny Cowley's Lincoln, who are living up to their billing as pre-season dark horses in sixth place.

The Imps dropped just two points in December to move into the automatic promotion places, but dropped out at the turn of the year after losing 4-2 at Luton Town.

Nonetheless, they remain in the play-off spots and, having beaten Notts 2-1 at home in the Checkatrade Trophy earlier this season, County will have to be at their best to come away with a positive result from Lincolnshire. 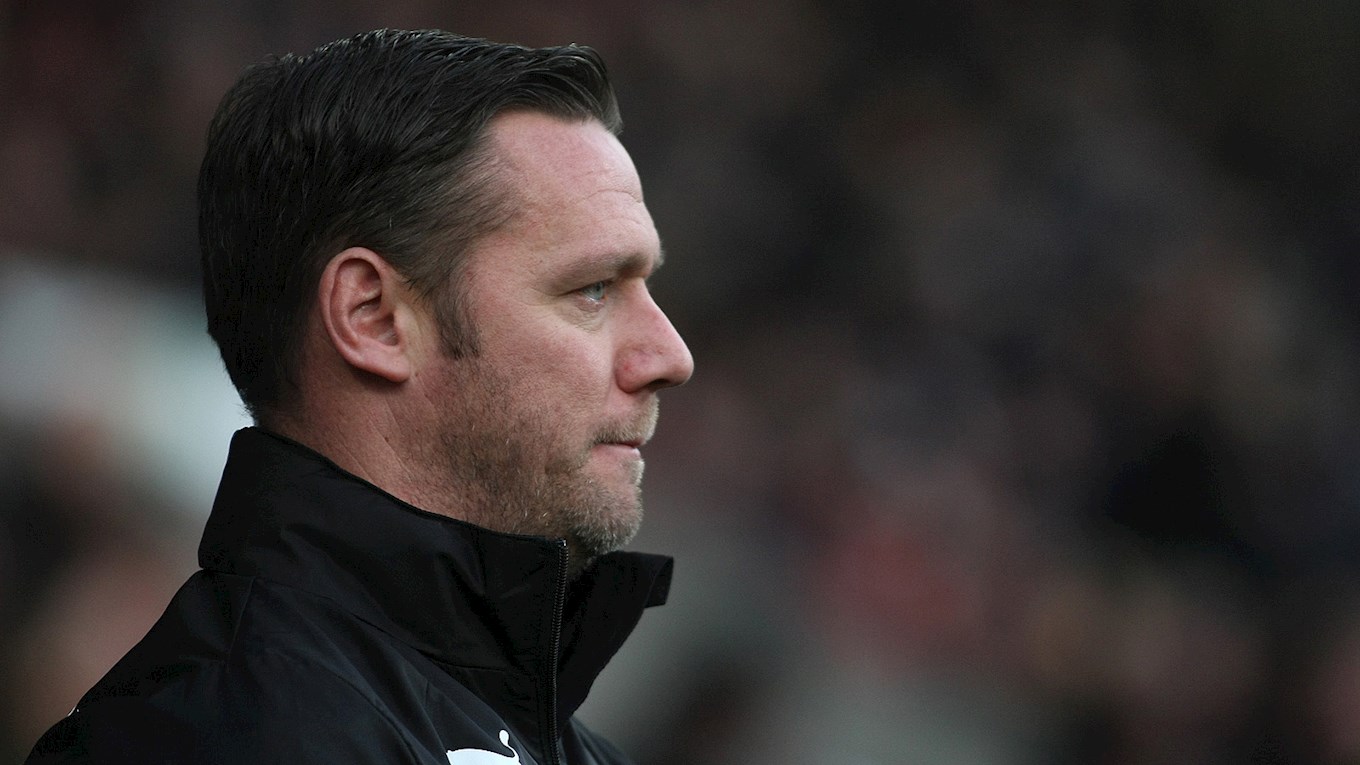 "We have to make sure we enjoy it and don't get carried away with the atmosphere.

"We have to go there and do what we have done for the majority of the season. If we play well we are more than a match for anyone and will win the game more times than we will lose." 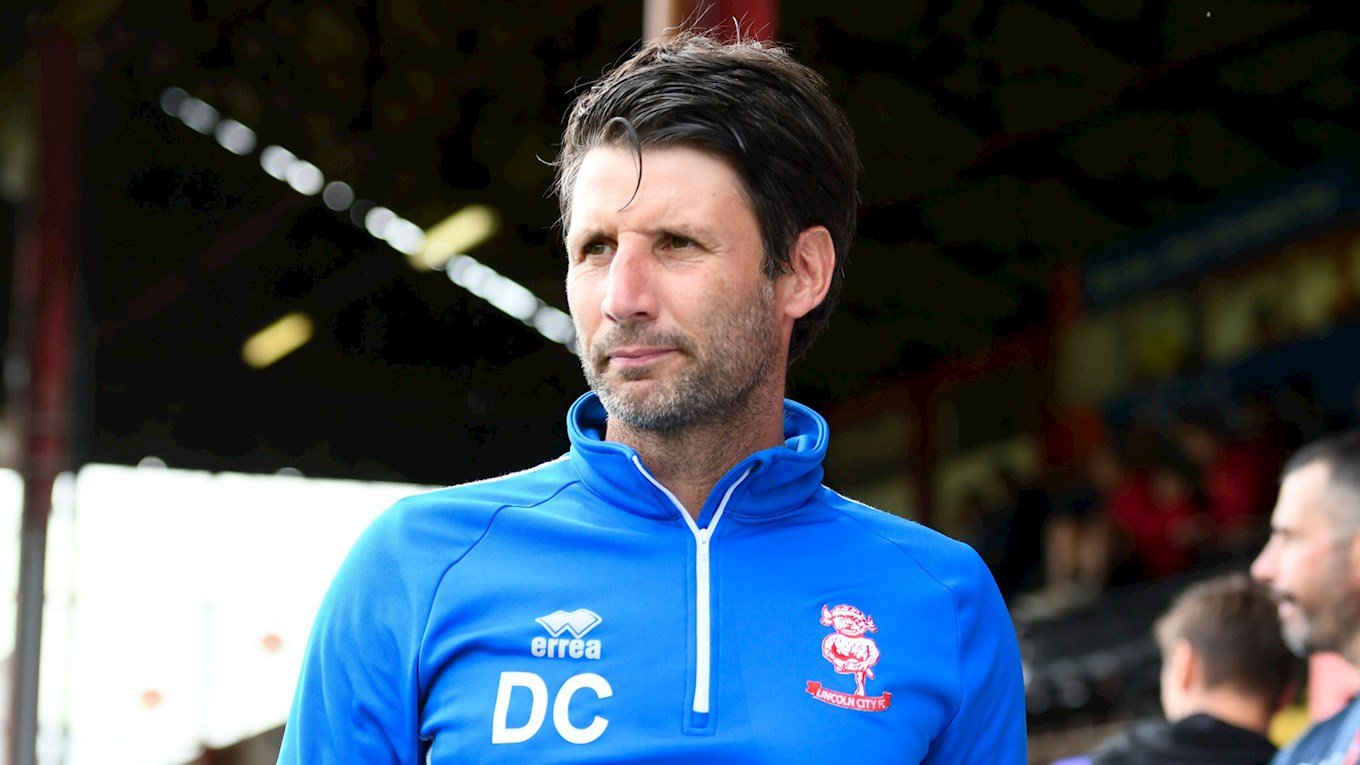 “Kevin Nolan’s done a great job. He’s been there a year and he’s turned that club round.

“I’ve got nothing but admiration for the job he has done there.

“We watched them on Saturday and they deservedly beat a Championship team.

“It’s going to be a really tough game, but it’s a great game for us and one we’re really looking forward to.” 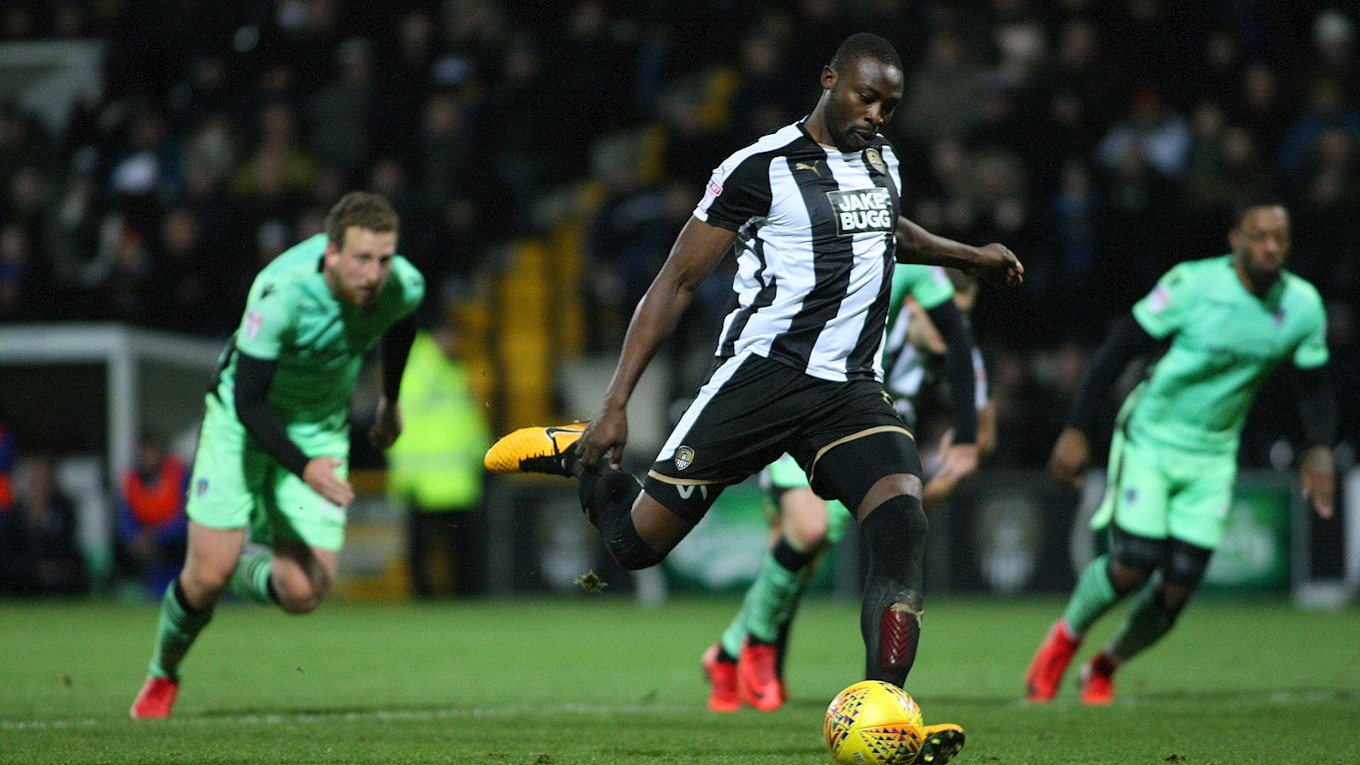 Nolan will be forced into at least one change from last weekend after Ryan Yates was recalled from his loan spell.

New signings Matty Virtue and Noor Husin could step in and make their debuts after joining Notts earlier this week.

Shola Ameobi returned to training this week and should be available to face the Imps, leaving Michael O'Connor and Rob Milsom as the only absentees in the squad.

Lincoln have a trio of new signings available to them as Cowley bolstered his squad for their promotion push. 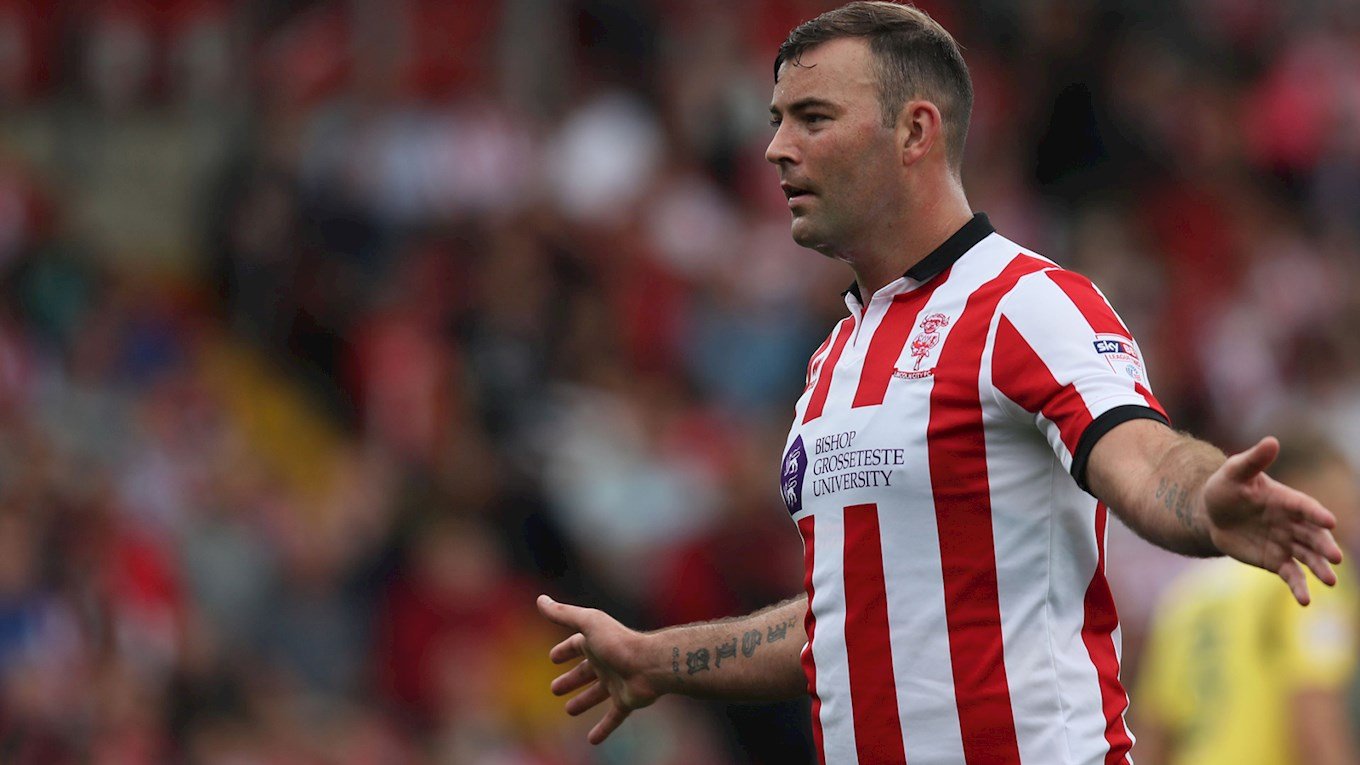 He narrowly missed out on the Sky Bet League Two Player of the Month award for December after scoring four goals in five games as the Imps took 13 points from a possible 15.

Notts have a superior head-to-head record against the Imps, winning 36 of the 66 meetings between the sides.

In the two games so far this season, each side has won one game. Notts took the honours in the league fixture, beating the Imps 4-1 at Meadow Lane in September.

Jon Stead, Matt Tootle, Jorge Grant and Terry Hawkridge were all on target for the Magpies, while Harry Anderson's goal for Lincoln was merely a consolation.

Cowley's side would gain the upper hand in the Checkatrade Trophy game two months later, coming from a goal behind to win 2-1 thanks to an own goal from Pierce Bird and Josh Ginnelly's stunning strike. Jonathan Forte notched the reply for Notts.

County's last win at Lincoln came in September 2009, when a hat-trick from Luke Rodgers gave the Magpies a resounding 3-0 victory.

Sky Bet have priced Notts up at 2/1 outsiders to beat the Imps, while the hosts are odds-against favourites at 7/5. The draw is 11/5.

Fancy the Magpies to win and keep a clean sheet? It's 4/1 for Nolan's men to win to-nil and 11/2 for both teams to score with the Magpies taking all three points. 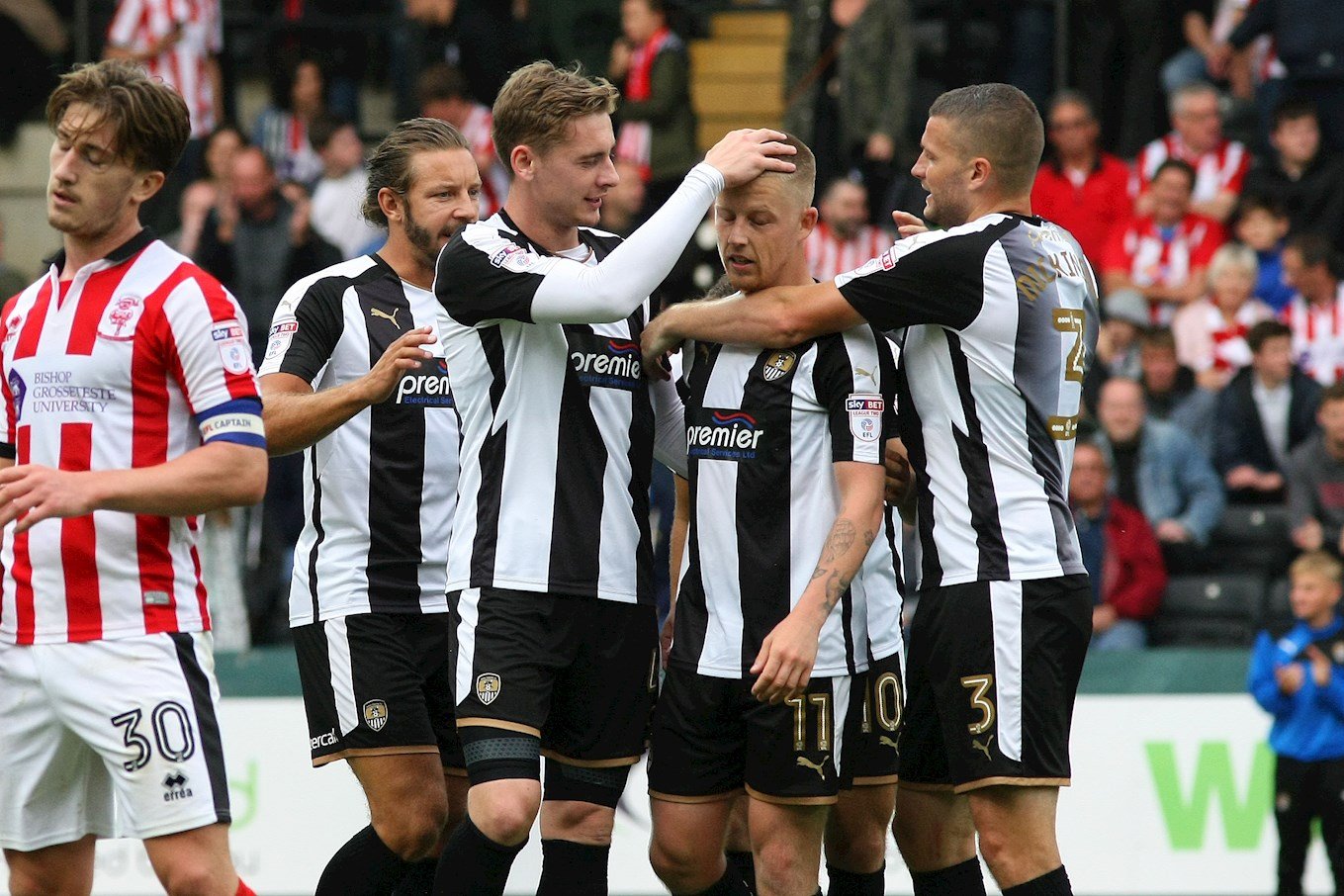 Former Lincoln man Terry Hawkridge scored his only goal of the season so far against his old club in the first meeting between the sides this season and is 14/1 to open the scoring this weekend.

Jon Stead, meanwhile, has been in fine form, scoring the winning goal against both Port Vale and Brentford since the turn of the year.

Another 1-0 win with Stead scoring the only goal is 30/1 in the scorecast market.

The Magpies took a first-half lead through Jon Stead before goals from Lee Frecklington and Matt Green flipped the score on its head.

Jorge Grant was however on hand to restore parity with his 17th goal of the season, sending the 1500 travelling supporters home with a point.

Kevin Nolan was forced to make one change from the team that sprung an Emirates FA Cup surprise at Brentford last weekend.

Ryan Yates, recalled from his loan spell by Nottingham Forest earlier in the week, was replaced by new loan signing Matty Virtue, the Liverpool midfielder making his senior debut.

Within seconds of the start, Notts had an opening when Stead capitalised on a poor pass to run towards the edge of the area with the ball. He had an opportunity to shoot early but opted to continue his run and the danger was smothered.

Grant sent the ball over with a header and, minutes later, with a speculative long-range effort as the Magpies kept up their bright start at a sold-out Sincil Bank.

It was proving to be a physical affair and imposing striker Matt Rhead had his name taken on the half-hour after leading with his arm in an aerial battle with Elliott Hewitt.

But it was a Notts forward who next took the spotlight - and for all the right reasons - as Stead nodded the Magpies ahead. The ball came to him after Virtue persevered on the byline to work it to Lewis Alessandra, who stood it up beautifully at the back post.

Imps boss Danny Cowley was sent to the stands after remonstrating with officials as Notts celebrated.

But the manager barely made it to his seat before his side struck the leveller, new signing Lee Frecklington firing the ball home after it had dropped to him in space inside the Notts box.

It looked like the scores would be locked at 1-1 heading into the interval but, inside two minutes' added time, Stead had a glorious chance to bag his second of the day.

It came courtesy of a cleverly-worked free-kick, Grant deftly stroking the ball into the area for Stead to peel on to. Lincoln keeper Paul Farman made an excellent save with his legs to deny the forward from eight yards.

Rhead had a golden opportunty of his own early in the second half, spinning in the area and flashing the ball just wide.

Jordan Williams - another new signing for the Imps - was next in the book when he was retrospectivey punished for a foul on Alessandra minutes before Ross Fitzsimons was well positioned to hold Matt Green's overhead kick at a corner.

Virtue's debut came to an end on 59 minutes when he made way for Liam Noble and, shortly afterwards, Hawkridge was booked for a foul on Williams.

It was an edgy second half but the tension could - and probably should - have been broken by Green when he broke Notts' offside trap to head the ball goalwards from six yards. Fitzsimons held on to his weak effort, however.

Hewitt and Brisley both required treatment in the aftermath but, despite being deemed fit to continue, were helpless to prevent City taking the lead via the man who had just spurned a brilliant chance.

Green raced on to a ball in the area and rolled the ball through the legs of the sprawling Fitzsimons, who was trying to narrow the angle of the forward's shot.

Alessandra went into the book for a cynical foul and both Danny Rowe and Green blazed efforts over as Notts struggled to compose themselves after going behind.

And, moments later, the substitute was celebrating with his team-mates when Grant composed himself in the area before crashing a shot off the underside of the bar and into the net.

Grant was centre of attention again straight after the restart when, after appearing to be tripped as he led a Notts counter attack, he shoved his counterpart to the ground. The referee deemed a booking sufficient punishment for the Notts man.

Tensions were running high as the game neared its end Lincoln sub Ollie Palmer was the next man in the book for a heavy challenge on Hewitt.

With minutes to play, Jones and Duffy both had to make heroic clearances from within their own six-yard box.

Brisley, who had been struggling with a knock for a large period of the half, made way for Alan Smith, Hewitt slotting in at centre back, shortly before six added minutes were indicated by the fourth official.

And the Magpies stood firm to claim a valuable draw.

Notts County supporters attending Saturday's trip to Lincoln City are asked to check they have a QR code attached to their ticket.

Due to an administrative error, a small number of away tickets were sold without the code (see below photograph), which will need to be scanned at the turnstile at Sincil Bank. 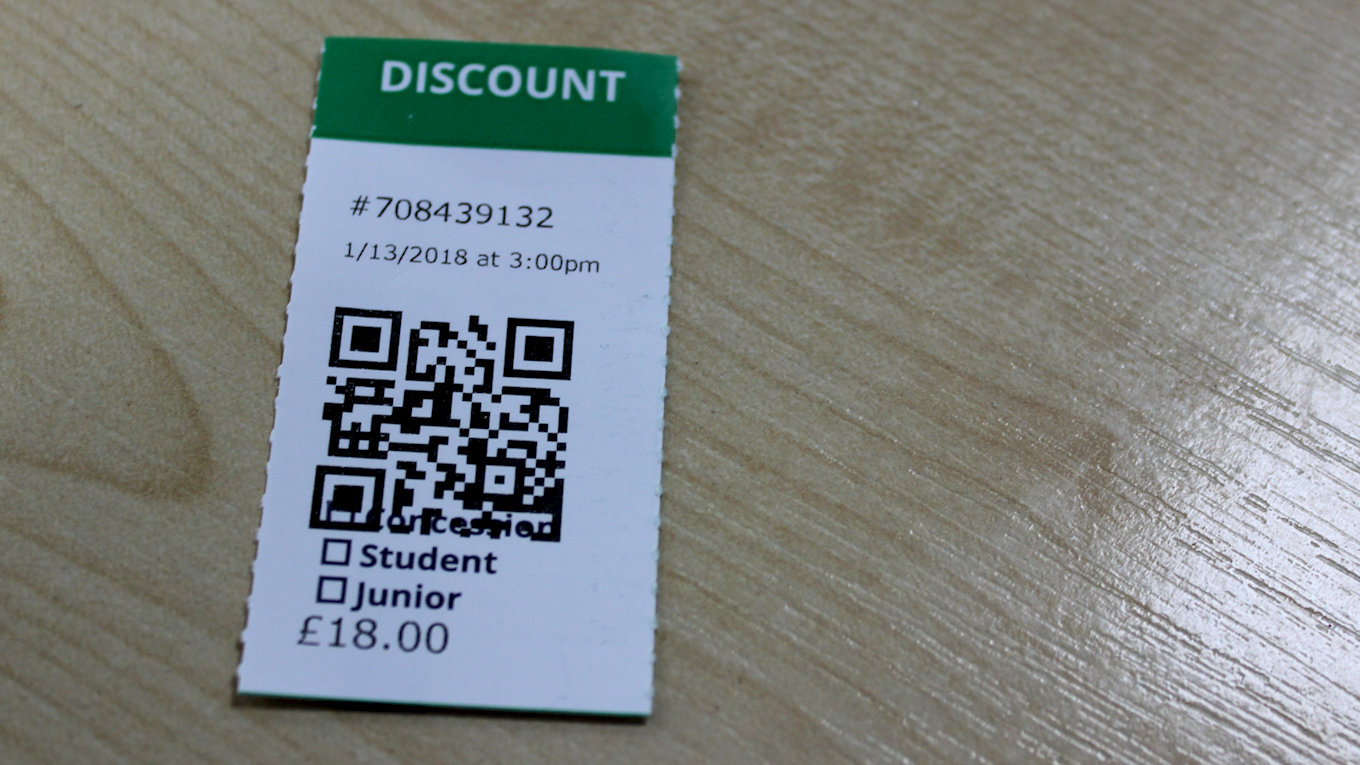 Supporters who are missing this portion of their ticket will be able to collect theirs from Meadow Lane or visit the Sincil Bank ticket office on matchday.

The club would like to apologise for this inconvenience.

Notts' total allocation of tickets have been sold and none will be available to purchase on the day.

Season ticket holders, along with Lifeline and NCFCOSA members, were given an exclusive window in which to secure their ticket ahead of general sale.

Official away travel will depart from near the club shop on Meadow Lane at 12.30pm.