Colin Slater fell in love with football as a nine-year-old when his father first took him to watch his local team Bradford City at Valley Parade. From this point onwards, he was hooked and watched the Bantams and Bradford Park Avenue on alternating Saturdays throughout his childhood.

After graduating from Belle Vue Boys' Grammar School, which was situated opposite Valley Parade, Slater worked on Bradford's local newspapers, where his first sporting breaks arrived in speedway and water polo. This paved the way for his progression into football, as he covered Bradford City until 1959, when he booked a one-way ticket to Nottingham for the next stage of his career.

Slater was appointed as the chief municipal correspondent at the Nottingham Evening News, which later merged with the Nottingham Post, but also reported on Notts County. The Magpies had been relegated to the Fourth Division for the first time in 1958-59 but his first season as reporter saw the club bounce back with a second-placed finish.

Reporting on Notts was more than just a job to Slater and this was highlighted when, in December 1965, the club's directors were on the brink of winding up the club's affairs. Mid-meeting, Slater was invited to the West Bridgford home of chairman Fred Williamson and later agreed to ask his good friend, former Scotland and Nottingham Forest manager Andy Beattie, if he would be willing to join the club as an advisor on an unpaid basis.

Beattie not only took on the role, he brought along former Northern Ireland boss Peter Doherty and the duo formed such an impressive team that Bill Hopcroft, a local car dealer, pumped £10,000 into the club - a significant figure at the time - and later became chairman. Notts were saved and Slater's involvement cannot be underestimated. 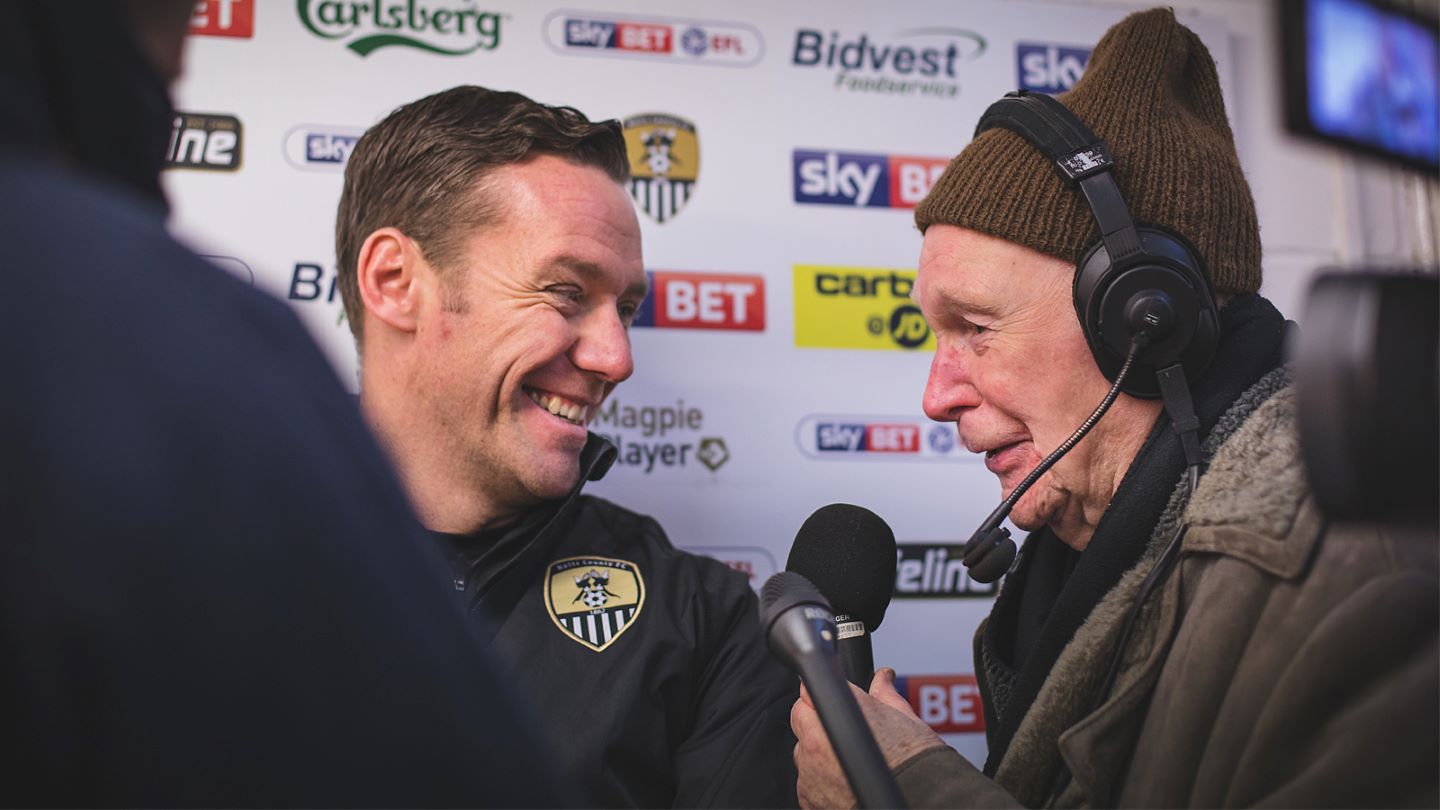 In 1969, Slater left newspapers behind when he was appointed Nottinghamshire County Council's first public relations officer, charged with the task of establishing the department. The transition coincided with his switch to broadcast journalism, after he was approached by BBC Radio Nottingham's first station manager Gerald Nethercott to take up the post as on-air Notts County correspondent.

With no full commentary service at the time, Slater, via a telephone, was responsible for providing score flashes. There was plenty to update on his radio debut, as Notts were thumped 5-0 by Lincoln City.

Slater soon became 'the Voice of Notts County' and went on to report on some of the club's biggest moments, including every promotion of the Magpies' climb from the basement division to the top-flight under Jimmy Sirrel and Neil Warnock's back-to-back play-off successes at Wembley. Inspired by legendary commentators of yesteryear, such as Raymond Glendennin, Alan Clarke and Brian Johnston, Slater encapsulated so many magical moments in a unique style that will always be special to generations of Notts supporters.

In 2001, Slater was recognised 'for service to radio and the community in Nottinghamshire' with an MBE in the Queen's Birthday Honours, not only for his contribution to radio but also for his work with the Football Association and his role as the deputy chairman of the Nottingham Bench of Magistrates. Further accolades have included a Lifetime Achievement Award from both the Sony Radio Academy (2010) and Notts County (2018), the Freedom of the Borough of Broxtowe (2010) and a Certificate of Achievement by the Nottinghamshire Football Association (2011).

Slater commentated on his 2,000th Notts County match for Radio Nottingham when the Magpies faced Macclesfield Town on 17 November 2007 and at the time of induction into the Hall of Fame, Slater was in his 55th season - 46th on the airwaves – and had covered around 2,700 games overall and approximately 2,200 on the radio.

The final commentary of his legendary career came on the last day of the 2017-18 League Two season, when Notts were beaten by Newport County as the Welsh side completed an incredible escape from relegation. Colin's retirement was soon followed by the club bestowing him with the accolade of honorary vice-president.

Away from commentary, Slater was a regular contributor to the club's matchday programme and released his own book for the club's 150th anniversary, Tied Up With Notts, which covered his 50-plus years reporting on the Magpies. He was also the president of the Notts County Former Players' Association, part of the Lifeline committee and deservedly became the first non-footballing inductee into the Hall of Fame.